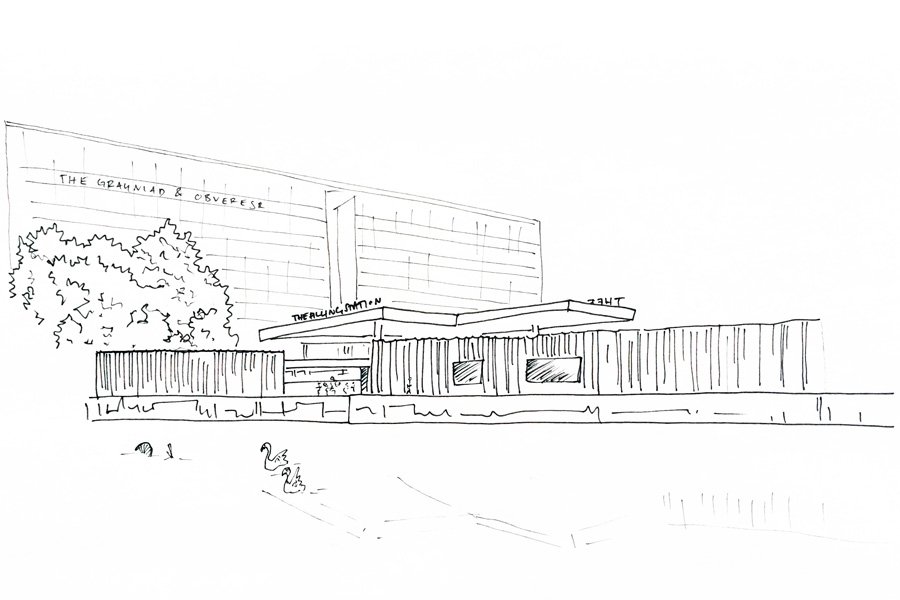 Update: the pop up ran its course and is now closed.

You’re almost certainly aware of Shrimpy’s – a kinda West Coast American ‘dinette’, which is housed in the old filling station at the York Road end of King’s Cross’ Granary Square.

This is because when it opened in 2012, Shrimpy’s was one of the first shoots heralding the flowering of massive regeneration in the area. Most critics visited: Guardian and Observer wordsmiths were keen to shout “YES! SEE HOW THE TRENDY BLOKES FROM BISTROTHEQUE HAVE SET UP A COOOOL PLACE ON OUR OFFICE DOORSTEP”; the others went so they could dismiss the locale as grotty and still baron, lest the lefties brag too much about the fact they don’t have to schlep to Wapping, or hang out in High Street Ken.

I went to Shrimpy’s ages ago. Nothing much to report. Just a decent, boozy, fun meal.

Then, during last week’s sunny spell, we were heading past and thought this would be as good a spot as any to toast a balmy evening.

The terrace and bar that overlooks the canal was buzzing. The restaurant area was lively too. Their Californian peach and mint coloured walls were ably supported by one of the better 80’s sound tracks I’ve heard for a while; music from twenty five years ago, which somehow suited the moment perfectly.

It was hard to look beyond the soft shell crab burgers. So we didn’t, and that worked well for us. Crabs in a light batter, crisp bacon, a rouille (picture red pepper type mayo) and provolone cheese were all squashed into a bap that was soft, yet retained its structure for the duration of eating. Fries were crisp and well seasoned. A side of mashed sweetcorn ‘humita’ was absolutely delicious.

Was soft shell crab in a bap novel two years ago? It doesn’t feel that way now – and that seems to make the dish more legitimate. It was tasty, textural and trashy … and thoroughly enjoyable for all those reasons.

What’s my point? Is the soft shell burger the reason to get yourself down there?

For me, the One Good Reason to head to Shrimpy’s, is the fact that it’s now summer. The logic behind this is twofold:

Firstly, the bar and restaurant under the old filling station roof excels at this time of year. It suits golden, setting suns. To be honest, it suits grey evenings too, just so long as they’re long and relatively warm. Chatter echoes around the forecourt. Goodwill flows. Basically the place has a great sundowner vibe; which I’m certain is helped immeasurably by clement conditions.

The second reason summer is relevant is that, in a couple of months once the nights are drawing in and temperatures drop, Shrimpy’s will be no more. The development of Kings Cross continues apace. So much so that the harbinger of trendy dining in this part of London is itself about to be knocked down and built over (this was always the plan). Which means the next few months represent your last opportunity to watch the sun go down, whilst noshing on soft shell crab, sipping cocktails and trying, but failing, to resist the urge to sing along to Hall and Oates and Madonna in her prime.

Shrimpy’s isn’t revelatory, bucket list dining. It’s not under the radar or amazing value. We can’t even say that it’s new, anymore (gasp). But the overall package is good, right now it’s very fun, and in a couple of months, it’ll be gone. 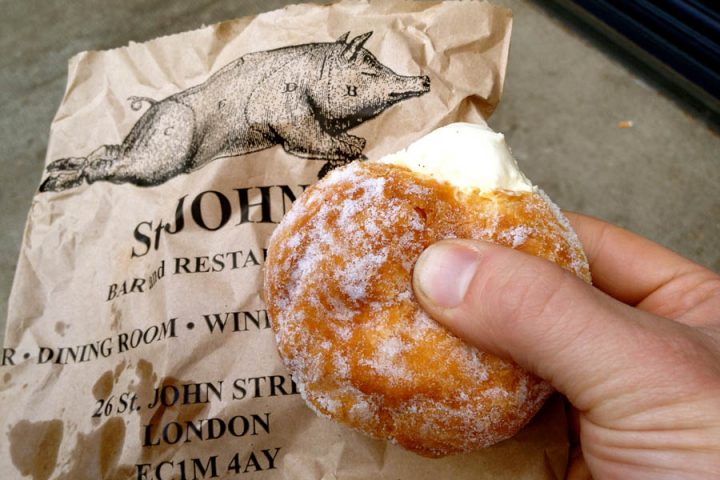 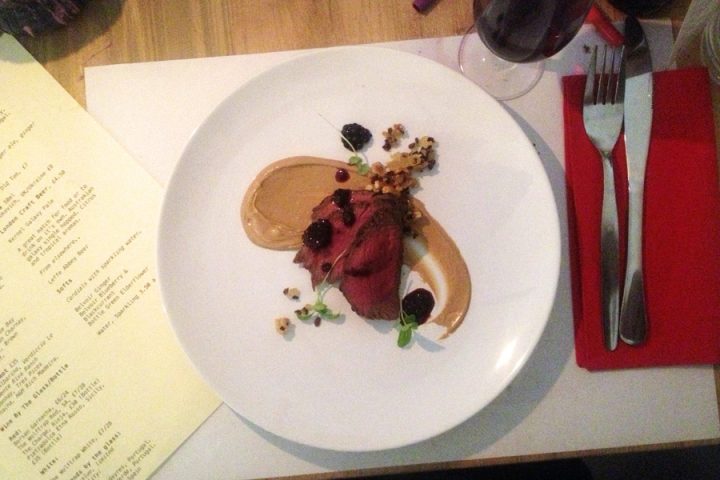