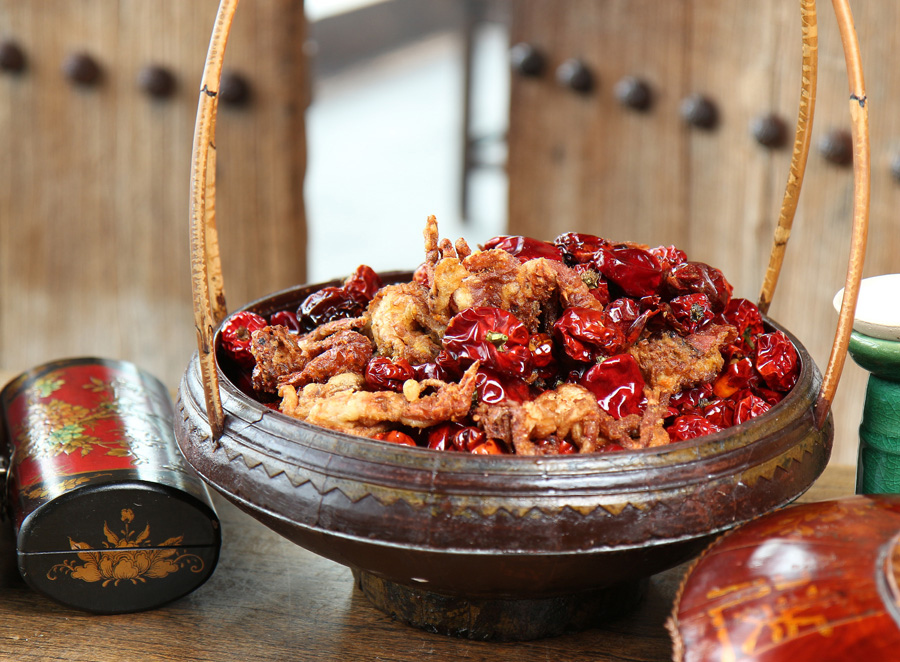 I side with those who think the Shard is a scar on London’s skyline. Looming like Sauron’s folly, it is atrocious that it should have been allowed to overshadow St Paul’s from the Primrose and Parliament Hill sightlines.

From within, though, it’s bloomin’ great!

Having said that, how and why would you go up there? One knowingly nouveau night of opulence at the Shangri La might be fun when it opens in a few months, if only to laze in an infinity pool on the 52nd floor. But until then, are a few minutes at the top worth £25? How about a meal at a tepidly (at best) reviewed grill? Not for me, thanks.

Which means it’s good news that as of yesterday, there is now One Good Reason to head in: Hutong, a restaurant on the 33rd floor that’s totally appropriate to high-rise dining. Consider this your new special date or closing dinner spot.

Based on the restaurant of the same name in Hong Kong, this is a case of the Empire being schooled by its former outpost. Cocktails and top end, Northern Chinese food are perfect for a space and a view such as this.

The interior is smart in concept and aesthetic – a striking balance between old Asia theme and shiny modern minimalist architecture – and the vista London provides is spectacular, particularly as and after the sun goes down. It is immediately one of the best places to sit and dine in the capital.

On an evening visit at the beginning of this week, various cold starters and a dim sum platter were precise and pretty; though when I go again, I’ll focus on the hot dishes. The fish options were particularly good: steamed cod with Sichuan pepper and chilli was stunning and a bamboo bucket of soft shell crab and dried chilli a real crowd pleaser. A lightly battered whole Dover sole was filleted at the table before being doused with coriander vinegar. I think they ought to hold the liquid so the batter remains crisp, and instead provide a bowl for saucing as you go. But, still, the fish was gorgeous and the flavours bang on. On the meat side, Peking Duck is top notch (with a price to match). Try the boned lamb ribs for an extremely flavoursome, succulent meat with crispy skin alternative.

They’ve highly proficient staff and you ought to have at least one if not both pre and post dinner cocktails in the restaurant’s own bar or the rather stunning atrium of Aqua, a bar and restaurant connected to Hutong and opening in its own right soon.

Of course Hutong’s not cheap: each of the hot dishes waiver around £30 and you’ll want veg and a rice or noodle dish too, not to mention drinks, all of which are on a different level to your local takeaway’s menu; the showpiece duck will add the best part of £60 to the bill. But given the overall package, I don’t think it’s outrageous either. In any event, this is somewhere decadent to go on someone else’s account, for a blowout and / or with a lover. And you don’t scrimp on those occasions, do you? Sit back and soak up the setting.

For full disclosure, I ate at Hutong during the soft opening as a guest of the restaurant. If this all sounds a bit like an advert, don’t worry too much – I’m confident I’d have written the same without such treatment. 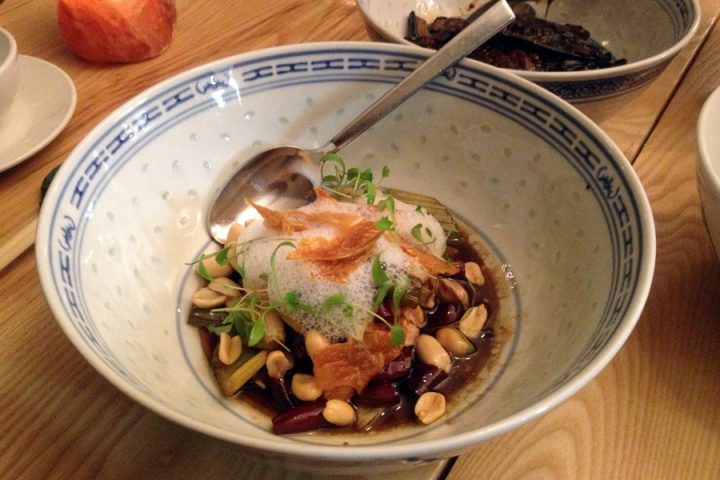 One thought on “#OGR: Hutong at the Shard”