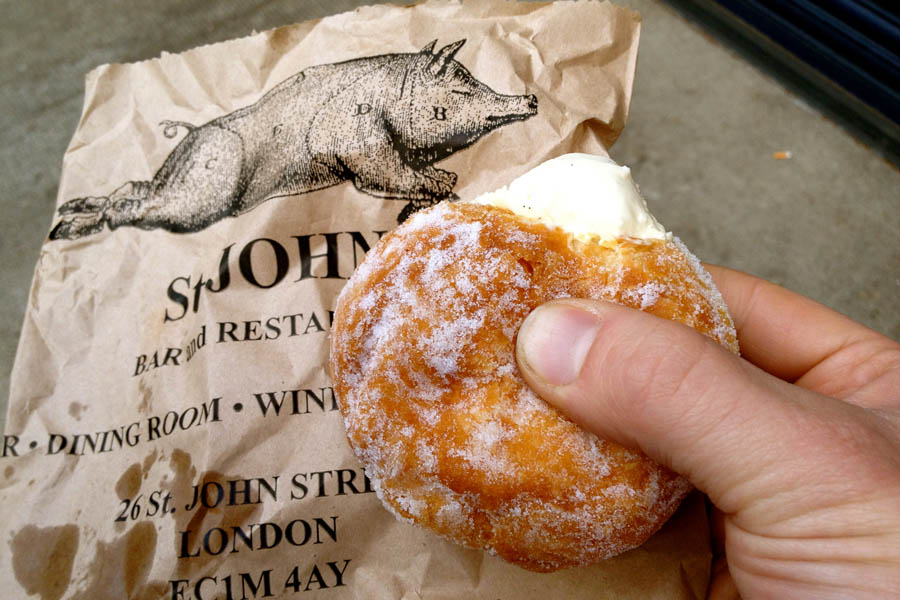 Things are changing, though. Competition is in the air. And the effect of this, is that doughnuts are One Good Reason to stay in London at the weekend.

Tomorrow, Justin Gellatly, the former head baker for the St John restaurant group, launches a range of doughnuts for his new interest, Borough Market’s Bread Ahead.

Gellatly’s doughnuts are legendary. For years his St John doughnuts have been the undisputed ‘best in show’. Every Saturday morning, loser foodies (like me) trek across London to a railway arch on Druid Street, SE1, just to buy jam or custard filled doughnuts direct from the restaurant’s bakery. Only photos of kittens get more likes on Instagram.

So Bread Ahead provide another Saturday morning option. Market shoppers will get to chomp through doughnuts with fillings like caramel custard and honeycomb sprinkle, rhubarb jam and vanilla and lemon curd. I’ve seen all of these flavours back at Gellatly’s old gaff. Perhaps he’s tweaked things a bit. In any event (whisper it), I think that the St John ones have, of late, become a bit inconsistent – the custard creme pat is sometimes a bit too runny; is the dough as light it used to be?

So things could get interesting. Of course, there’s room for both, and rivalry (friendly or otherwise) can only be a good thing for consumers.

That said, St John and their old disciple are not the only ball of dough fryers and pipers in town. Covering your Sunday cravings are  @1235donuts, which is Brad MacDonald from The Lockhart and his wife, Molly. These donuts (sic) hold a huge amount of awesome filling and have muscled their way on to the top tier within just a few weeks. You can get them direct from Brad’s home on Columbia Road (yellow door – sshhhh), or for brunch at the restaurant in Marylebone.

Two is company. Three makes this a trend. Which means that I can officially announce: THE CRONUT IS DEAD, LONG LIVE THE DOUGHNUT.

Thank f*ck for that.

[Obviously doughnuts work on weekdays too. The most important things are that they are fried, fresh, probably filled and categorically not Krispy Kremes. In addition to those mentioned above, keep an eye on The Quality Chop House who occasionally stock them in their shop (dulce de leche creme pat, anyone?), street food traders You Doughnut! and places like the Camberwell and Canton Arms, who might have doughnuts on for dessert with warm fruit purée and cream on the side.] 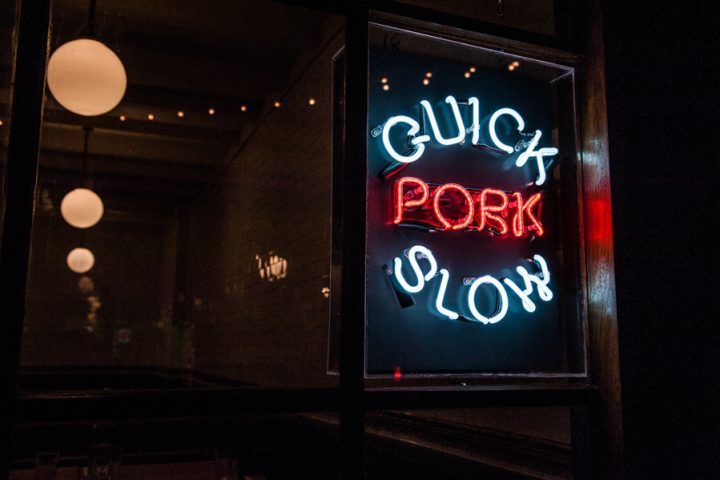 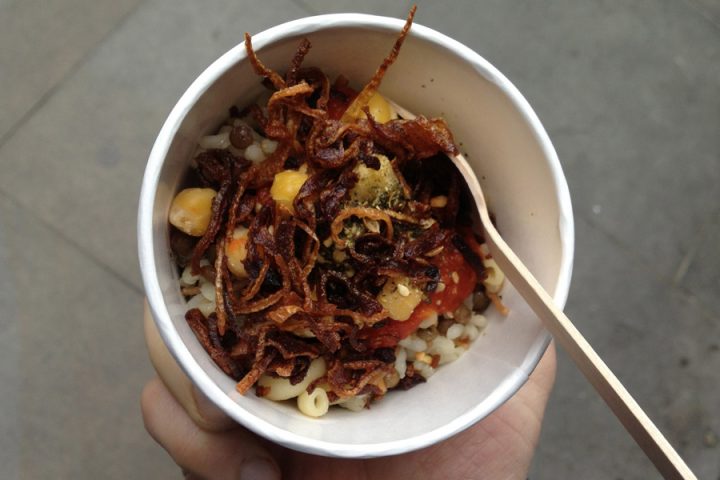 9 thoughts on “#OGR: Doughnuts, The Weekend”