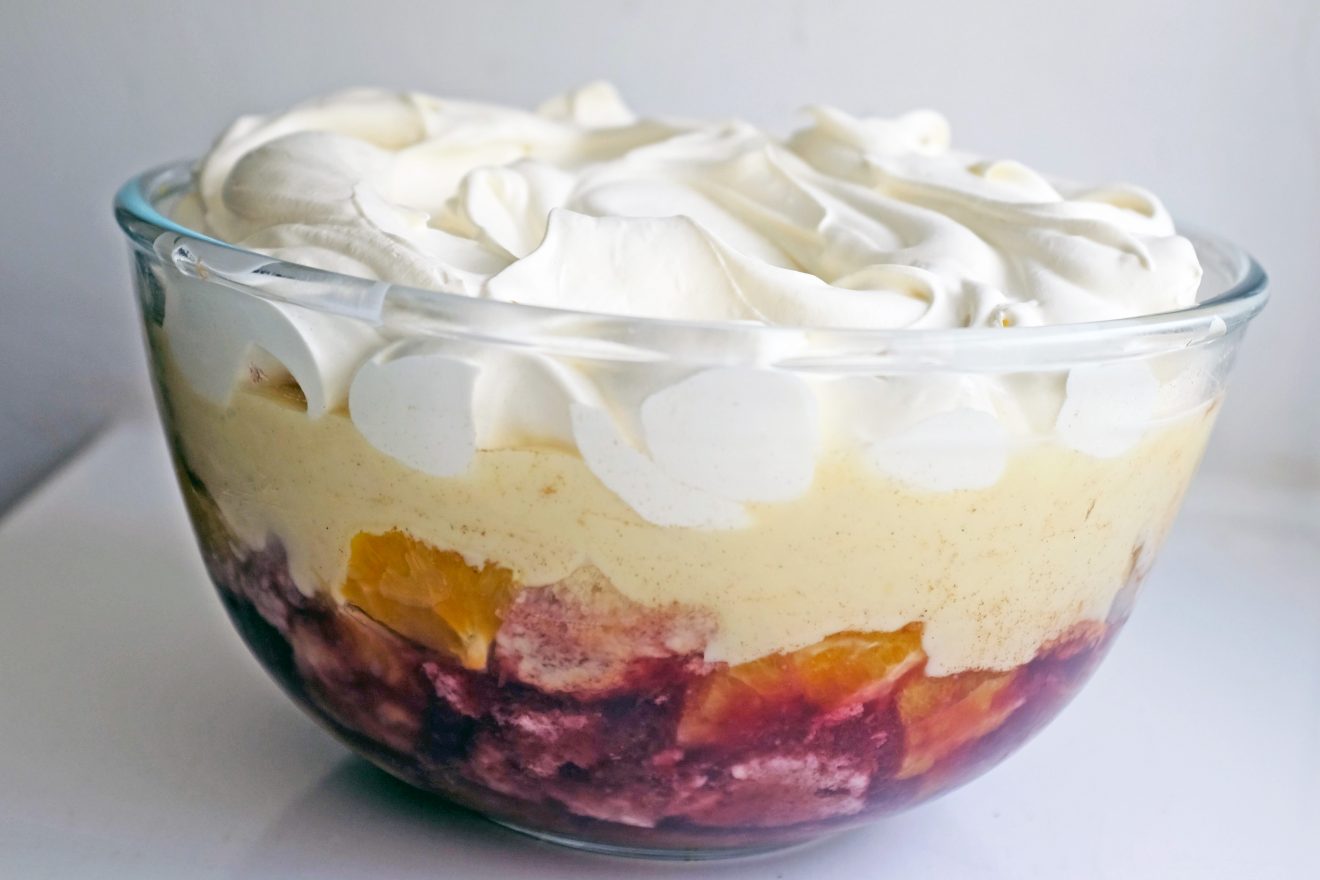 Why not get your festive fix by glugging it over some sponge and making a trifle? No, I can’t think of a good reason either.

There’s always a debate as to whether a trifle should include jelly. I think that as a general rule it should (but doesn’t have to). And in this instance, it’s much better that the mulled wine element — which is part diluted with fresh orange juice — holds firm as a jelly, rather than swishing around the bowl like you’d accidentally dropped a glass of wine in the custard.

As well as wine, this trifle is packed full of fresh orange, as I think it helps provide sharpness, freshness and texture, and a cinnamon-spiced custard, which is mellow and soothing (you could use pre-made, though I find it quite sweet). The second time I made this, I dotted extra chunks of orange on top. I think they really added a lovely cooling zip, and made me pretend I wasn’t just eating litres of dairy. The recipe below reflects this action, even if the photos don’t.

Finally, my pet hate in a trifle is over-whipped, fridge-set cream. For the lightest, most luxurious results, whip double cream only to the point that it begins to stiffen and hold (so just past the ribbon stage). It’s best, I think, to do this immediately prior to serving, though I know that’s not always practical. If you’re leaving it in the fridge for an hour or more, that cream will set-up a little —which is fine, but another reason not to whip it too much to begin with.

This recipe below was originally published on Borough Market’s website and links into my new series on spices. In this instance, a note about cinnamon, cassia bark and cloves. Do have a read. *if making your own custard

Take a couple of strips of peel off an orange using a vegetable peeler, then squeeze the juice from two oranges so that you have 200ml of juice. Add this and the peel to a saucepan with the wine, honey, cloves, cinnamon stick and freshly grated nutmeg. Bring to gentle simmer and heat for 15 minutes, before turning the heat off and allowing the spices to infuse for at least 30 minutes.

Cut the Madeira cake into cubes. Use a knife to remove the peel from 3 of the remaining oranges, then cut their flesh into 2-3cm chunks. Fill the bottom of a 2l bowl with the cake cubes and orange chunks, alternating the two ingredients so they’re evenly distributed.

Strain the mulled wine through a sieve, then return it back to the saucepan and place on a low heat. Put the gelatin in a bowl and cover with cold water to ‘bloom’. Soak for 3 minutes, then remove from the water and squeeze any excess liquid from each leaf. Put the gelatin into the warm wine. Remove from the heat off and stir until dissolved. Leave to cool to room temperature, before pouring over the cake and orange and chill in the fridge for about 2 hours.

In the meantime make the custard (if you are doing this yourself). Combine the milk and cream in a thick bottom milk pan. Add the cinnamon. Warm on the hob so it just starts to simmer. Take off the heat and let sit for 5 minutes.

Whisk the egg yolks and sugar until the mix is light and thick (basically, whisk hard for a minute or two until you get ribbons when you lift the whisk away from the mix. Then whisk hard for another minute, because you’re probably not there yet).

Add a small amount of the warm milk into the egg mix, stir it in. Repeat, gradually adding more liquid each time until everything is combined. Wash the saucepan. Pour the egg/milk mix back into it and place on a very low heat. Stir continuously with a wooden spoon until the custard gives a lush and lasting coat to the back of the spoon. Pass the custard through a sieve. Leave to cool (press clingfilm directly to the surface to stop a skin forming).

If you are not making your own custard, add a teaspoon of cinnamon to the shop-bought stuff, decant into a saucepan, stir well and gently heat for 10 minutes. Leave to cool.

Back to the trifle. Pour the now chilled, cinnamon infused custard over the mulled wine jelly, orange and cake base and return to the fridge for at least 2 more hours. Overnight of for the course of a morning is fine.

To finish the trifle, use a knife to remove the peel from the remaining 2 oranges and cut the flesh into 3cm chunks. Whisk and whip 600ml of double cream just beyond ribbon stage – just to the point that it starts to stiffen and hold its shape, but so that it’s luxurious and silky, rather than stiff. Dollop over the custard, gently forming waves and peaks with a palette knife or similar. Refrigerate if you need to, or serve immediately, dotting the remaining chunks of orange on top. 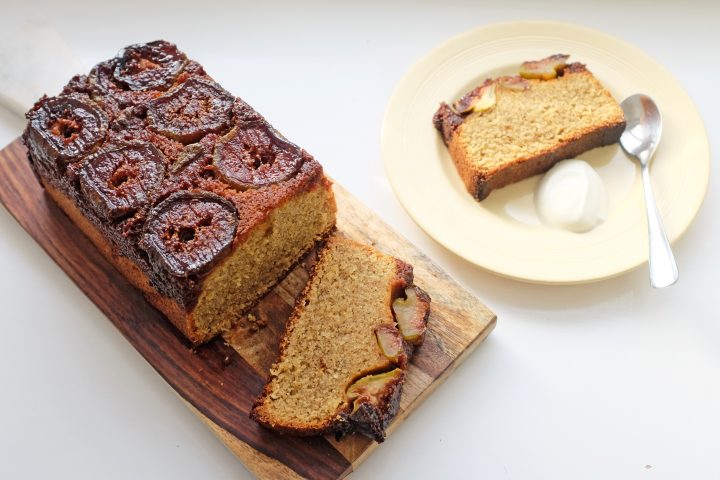