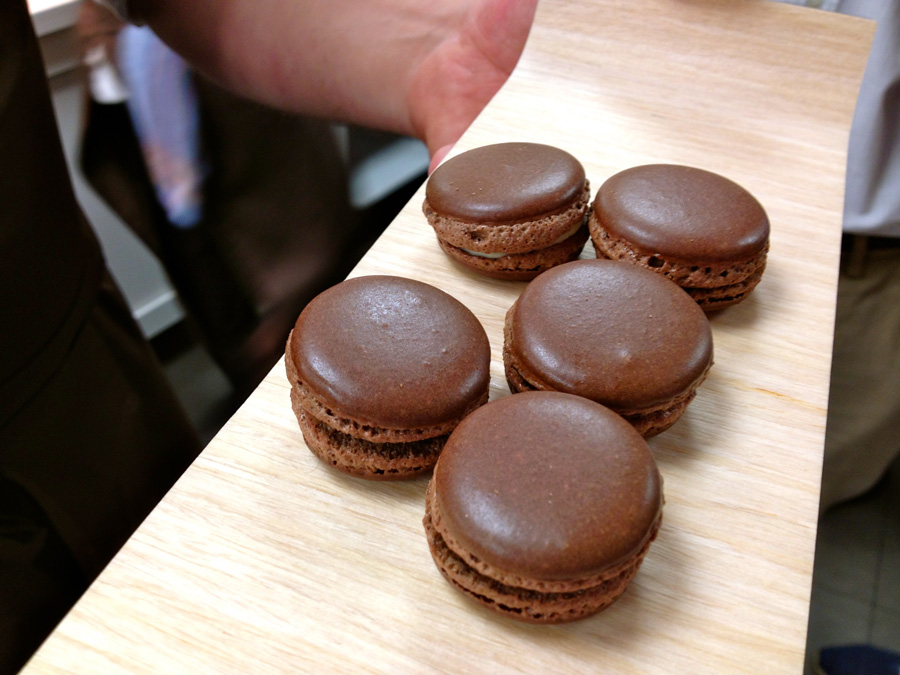 Update October 2016: I believe Mugaritz has changed a bit since my visit – in terms of room layout, style of service etc. For example, now, as many dishes as possible are presented as small morsels to be eaten by hand, without cutlery. So the write-up below may be very different to current experiences.

To write a step-by-step narrative of my experience at Mugaritz, or to describe each and every one of the courses, would only serve to reduce brilliance to tedium.

“The worst thing for us is indifference”

At the very beginning of our meal we were asked by the rather splendidly camp chief host whether we could ‘spare’ him two minutes. Of course we could: we were there for the long haul (almost five hours, in the end).

He walked us into the kitchen to meet Ramón Parisé, one of the R&D chefs at Mugaritz. It was a journey that was taken by every table, but at that moment it felt totally unique and special to us. Ramón enthusiastically and quite mesmerisingly explained to us the history, philosophies and aims of the restaurant, its situation on the frontier between two villages (delineated by the strip of lights that ran diagonally through the restaurant), and their desire to not conform with traditional expectations of a restaurant experience.

As he talked, my eyes wandered around the kitchen, which was a cross between a surgical operating theatre and a design studio. I noticed that a well-choreographed dance was taking place. There was a flurry of movement around the pass, five chocolate brown macarons appeared from nowhere and were carefully lined up on a small tray, and a member of the front of house team hovered around with a set napkins. It became apparent that this dance was solely for us and we were, of course, presented with those macarons.

Ramón invited us to bite into them, and then continued to talk.

“The first thing you will taste is the sweetness of the sugar in the meringue”. Yup.

“Except the meringue is not made with egg. It is with blood, as we found this to have many of the same properties as egg whites.” Oh.

“The second is the saltiness of the blue cheese.” Delightful. An unusual contrast again the sweet meringue, but it totally worked.

He paused until one of my friends exclaimed “Oh my God! Blood”

“Exactly! The last thing you get is the iron from the blood.” It was quite remarkable. Like being punched in the mouth, except we were all smiling.

And with that, Ramón grasped each of our hands and wished us a super experience, bowing humbly as he did so. “The worst thing for us is indifference. You may not like everything you eat, but that is better than indifference.”

An amazing start. From then on we could have been fed a KFC family bucket and we would probably still have walked out totally enthused.

There isn’t a clear description of the food or sample menu online. I didn’t know what we would be getting or how many courses, and I had no idea of the price. To book is to totally subjugate yourself to the restaurant.

Apparently the menu is bespoke. In the kitchen Ramón asked us whether there was anything we couldn’t eat or didn’t like. He even asked if there are some things that we particularly liked. On reflection, I wish I’d said I fancied some cheese on toast, just to see what happened.

We were eventually served twenty-two courses (in addition to the macarons). Who knows how bespoke it really was? But the tables around us definitely had dishes at different points in their meal, and some things we didn’t recognise. A paper menu only arrived about six courses in – once they’d finalised what we were having and printed it.

Looking back at that paper menu, the meal, on the face of it, was split into four chronological parts: five dishes eaten without cutlery; five courses that, I suppose, could be seen as akin to Italian Primi Piatti; five protein based ‘mains’; six sweet dishes; and a miscellaneous dish (tbd).

Thinking about it, though, I suspect the kitchen’s view of the course of our meal was not so linear. By my reckoning, each dish was dominated by one of three main themes. These themes were taste (dishes that basically tasted insanely good); wonder (things that made you think “how the bejeezus did they do that”); and nature (highlighting unusual ingredients from Mugaritz’s beautiful kitchen garden, or that had been foraged from the hills around them). These themes balanced themselves perfectly across the entire meal.

On taste, I thought the best courses included an amazing and huge piece of bone marrow on toast with herbs and horseradish ash; red snapper with crunchy sourdough and sweet pickled onions (basically your best ever portion of fish and chips); and a crunchy terrine of Iberian pig tails, which was categorically awesome.

Things of wonder included edible stones; house-made cheese (that wasn’t cheese); and tagliatelle made of milk. Oh, and a piece of folded linen. Made out of crème fraiche.

Among the unusual ingredients from nature that Mugaritz chose to showcase were sea anemone in a crispy pipe, which was a distinct, creamy hit of the ocean; fermented fern stalks soaked in vanilla and dipped in sugar, to look just like vanilla pods and to be dipped in insanely good dulce de leche; and stunning berries and mint leaves picked in their garden and walked immediately to our table (not rocket science, but part of a cracking final palette cleanser). Many other dishes included unusual local leaves and herbs.

Of the twenty-three courses (including the macarons), I thought that one was totally out of place, one didn’t quite work as a whole (though its constituent parts were individually brilliant), and there was one that I still can’t decide whether I liked or hated. The rest were all, in their individual ways, superb. I wasn’t indifferent about anything.

Somewhere around the halfway mark, one of the waitresses informed us that “now you must work for your meal”. A number of pestles were brought to our table and we noticed the same items were being placed on all the tables around us. We were presented with individual mortars, filled with sesame seeds, a pepper corn, a pink pepper corn and some saffron, and were then left to our own devices.

The atmosphere in the large, fairly Spartan room hadn’t been particularly stuffy up to this point. But we were now all united in the basic and voluminous act of making our own food. The restaurant immediately became relaxed and animated. Everyone shared in the experience (vis, for example, watching as others listen to sounds of the sea or have liquid nitrogen poured over their table, before then experiencing that yourself).

The paste became the base for a vegetable broth. That was eaten and we moved on to the next course, but the atmosphere in the room had been affected for the rest of the meal.

I later saw on the menu that this course was labeled ‘bonding’. Which was exactly the effect it had.

From the chief host, to the various waiters and the excellent sommelier, to Ramón and the staff in the research kitchen that we asked to see at the end of our meal, everyone struck the perfect balance of being competent, clinical, thoughtful and witty. They were integral parts in a little piece of theatre.

I can’t recommend Mugaritz highly enough. I had gone with high hopes, but also the worry that comes with dragging friends to an expensive meal. From the moment we were taken into the kitchen I knew the worry was unfounded. The rest of the meal exceeded all expectation; the overall experience was important here, though that shouldn’t detract from the quality and invention of the food. It felt a little like a restaurant reaching its peak.

I still don’t know the exact cost of the food part of the meal. But, including those macarons, we had twenty-three courses, aperitifs of cava or gin and tonic (though I think they gave us these on the house because we arrived inconveniently early – odd, impressive), three bottles of wine (of mixed pricing) between five, coffees and chocolate, and it cost £185 each.

So, it was expensive. But it was superb value. 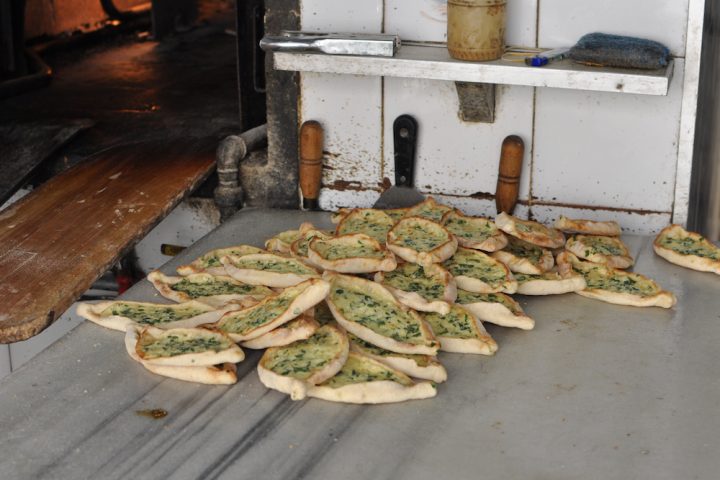