My first thought on being handed an iPad containing a wine list wasn’t, “what a useless, crass and naff gimmick“.

No, that was my second, more considered thought.

The first was actually “ah, hello iPad, has this got a neat little App on it? This could be fun.”

I thought that, at the least, there might be a bit of a blurb for each bottle. Or some clever wine:price:dish matching function. Maybe there would even be some mini video clips from someone like, I don’t know, Olly Smith, with helpful suggestions? I imagined him on the screen shouting “I’m here at Majestic Wines in Chelmsford, Essex. To go with the steak that Gordon’s selected for you, you could have a full bodied, lip smacking, head throbbing Rioja. Or, for a bit less, why don’t you go for something a bit different, something you might not normally choose, like this Gaillac from the South West of France” etc etc etc.

I had naively assumed they had given us an iPad because it would make the list more accessible than a thick leather bound book with 20 wines for each French region and half a page each for all other major producers.

Nope. The iPad was just a list. No helpful commentary. No interactive App. It didn’t add to the experience or assist our selection. It was useless, crass, naff and a gimmick.

Which was a shame, particularly because the actual sommelier’s only contribution that evening was to try and up-sell us by 100% on already expensive wine with no reasoning other than it was “like the one you’ve just had, just a bit nicer“. Douche bag.

Interestingly, given the chef was recently suspended for castigating a waiter, the general service was pretty disappointing too.

Maze Grill in Mayfair (which is where we were at) is mostly a steak restaurant. As is typical for that genre, a selection of meat is paraded in front of you to inform your order. There’s also a scripted spiel about the beef. More often than not, I like this: it can be informative, is sometimes theatrical, and is always good for conversation. However, at this Ramsay Holdings restaurant, our waiter was a bit like someone in a high street camera shop: proficient in stating what’s already obvious, but unable to add more. “So what’s the difference between a Hereford grass fed 25 day aged and an Aberdeen Angus grass fed 28 day aged steak?” … “Well one’s aged for 25 days and the other, 28 days” … “Indeed, but what’s the difference? How do they taste?” … “Well one’s aged for 25 days and the other 28“.

From the reluctant service we got for the rest of the evening, I assume he disliked our Spanish Inquisition-esque questioning. He may as well have been an iPad.

That’s already rather a lot to have read just on a digital wine list and disappointing service, all of it depressingly negative. Sorry. However, also quite depressingly, there’s not much to say about the food, and not much of that is high praise.

Starters were unjustifiably expensive (a Mayfair postcode is not good reason to charge £12-15 for sub pub food): battered soft shell crab was ok, but no more and its chilli mayo dip utterly suburban; steak tartare was “really disappointing“; squid and chorizo salad basic; and another option completely unmemorable … genuinely – the two that had it couldn’t recall what they ate, though I’ve since found a receipt suggesting there was some sort of terrine.

After starters we all had steak (that was kind of the ‘Alpha male’ purpose for the evening. Grrr.).

You may remember I recently wrote that there’s no point having steak in a restaurant unless its significantly better than you can do yourself (‘significantly better’ can mean it’s a better quality meat, is an unusual cut, or has been charred to a level your electric hob could never achieve … or all of those things). Unfortunately, though the steaks we ate at Maze Grill were perfectly tasty and were cooked to order, they were not beyond my butcher or my griddle pan.

Our fillets, sirloins and rib-eyes arrived much paler than you’d expect from a professional kitchen and were surprisingly thin. If you ignore the cost, I’d say they were adequate, but nothing more.  But when you take cost into account (as you should) ‘adequate’ becomes ‘not nearly good enough’. The £30 I spent on an ok cooked Aberdeen Angus 28 day aged 10oz rib-eye (before sides or sauces) compares very badly to an awesome Goodman USDA corn-fed 14oz rib-eye, which is the same price (and comes with a free sauce, should you want it).

It’s also worth noting that we weren’t massive fans of the way Maze Grill serve their steaks on wooden boards: this looks good in a kind of mid 2000’s gastro pub way, but means steak juices congeal on the board rather unappetisingly as the food cools. More positively, I remember the chips were good and the sides simple and decent, but (predictably) not cheap.

We didn’t stay for dessert; a combination of the underwhelming food and the late 1990’s dance tunes being played on loop.

Most things about Maze Grill are adequate: the setting is fine, if grey; the food is not unpleasant, indeed some of it is perfectly tasty; and service is ok, in the your food and drink is brought to you, kind of way. But the bottom line has to be that a bill of £85 per person for a starter, a third of a bottle of wine, a steak with minimal sides and a coffee could fairly be described as a rip-off.

Dear Mr Ramsay, lose the pointless iPads, employ waiters with a bit of soul and vim, trim the cost of a meal by £20 a head, and then I might be a bit more positive.

Once you factor in a sauce and a share of a few sides, a medium priced steak is north of £40. Add another course, a little wine (there’s nothing much that’s cheap) and a tip and it’s more like £80-90 or more. 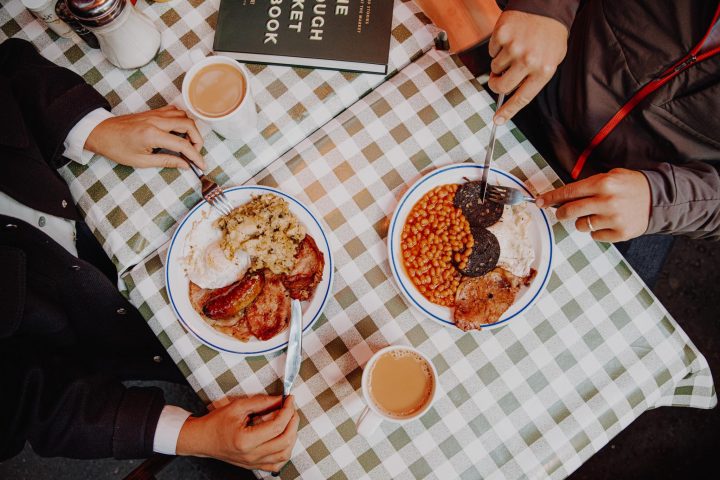 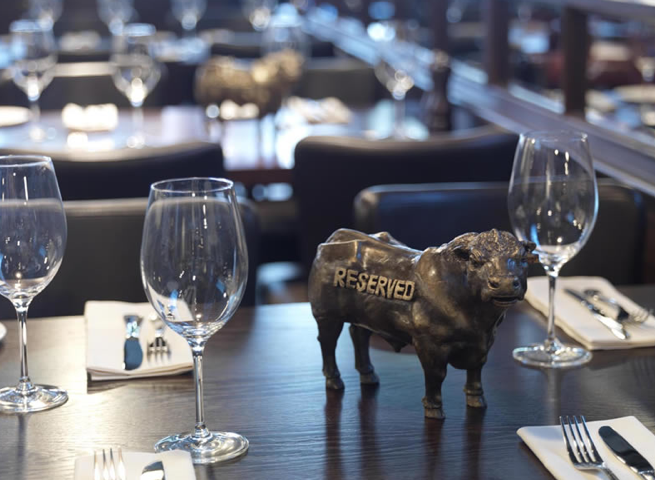