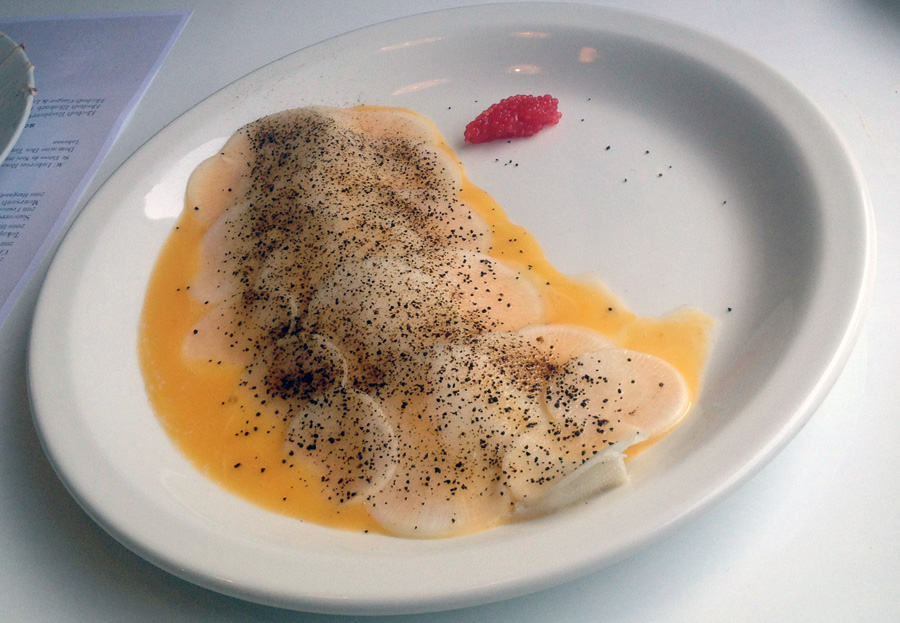 Update: Despite being wonderful, Mayfields closed.

I think the term is most often used apologetically. Or as a backhanded compliment. “It’s fine. You, know, it’s just a good neighbourhood restaurant”.

Which is to say, “it’s acceptable”, mostly because the person describing it doesn’t have to travel into or across town to get there. Which is a bit depressing.

Things are changing, though. Places outside the most central parts of London seem to be upping their game. This flows from the general improvement in our city’s restaurants. But must also reflect the extraordinary premiums and rents that exist in Soho, Shoreditch and Mayfair. Young chefs and restaurateurs who want to cook quality food and create great restaurants, but don’t have or don’t want investors with deep pockets, have to start where their shallower pockets allow them. Who knows what that will mean for them in the long run, but they should be encouraged by the ongoing success of quality ‘neighbourhood restaurant’ veterans like Rebecca Mascarenhas.

If this is a genuine trend, then maybe, just maybe, we can start to use the phrase in a positive light. i.e. not to mean restaurants that are OK because you can roll home, but to describe affordable restaurants in residential areas, that are actually really good. Somewhere, even, that others might travel to.

Case in point is Mayfields, on Hackney’s Wilton Way.

A spartan but still fairly charming white room holds maybe 30 covers, with a few more tables spilling out on to the cute section of a long street. All the right noises are made about quality ingredients and daily changing menus. Which follows when you look a little into the operation: the chef tucked in the narrow kitchen has the pedigree of the often innovative Wapping Project; the co-owner hosted one of the first and better supperclubs; and some of the staff are from St John (others look like they’re still in training); the wine list comes courtesy of another co-owner, Borough Wines, who handily have a shop just across the way.

Strong, dry, bitter and generally excellent negronis kicked us off, and a chilled pinot noir/gamay/cab franc blend at some point in the later part of the evening was enjoyable enough for me to take a rare note (Domaine des Huards, Cheverny, 2011). Other things happened too, but memories of the food are clearer.

You choose, as at St John Bread and Wine, from a selection of smallish plates. Some around the £7-9 mark. Others north (but not by much) of £12. On the night we went, I could happily have ordered everything. By the looks of the menu on their website as I write, I could do the same tonight (cod, leek, spring onion, lemon, bottarga (nice), steak tartare, tomato water, raspberry (phwoar)).

The first couple of dishes we tried were a case of assembly, rather than cooking. There can’t be many who haven’t put peaches, mozzarella, ham and basil together themselves. The components on Mayfields’s version, happily, were top notch. Cucumber, kohlrabi and yoghurt was the only dish we had that I thought particularly underwhelming and overpriced.

Things changed up a gear from then. Perfectly cooked sole, thin rounds of daikon, a yellow citrus butter sauce and liquorice seasoning, with lump fish roe on the side, was as superb as it was unusual. The fish was hidden beneath thin round daikon ‘scales’, which mirrored how unexpectedly good the dish was, the roe brought the flavours of the sea through the more-ish citrus butter, the subtle anise of the liquorice gave a sweet aftertaste. I hope this stays a staple of that otherwise ever changing menu.

Also great was a bowl of smoky grilled octopus. The octopus sat in a well balanced miso broth, along with grilled broccoli and a sous vide egg. Again, very enjoyable and again, not something normally found in your local Pizza Express. (Purposely) tepid slices of tender beef were matched with dried mint, shredded lettuce and shaved summer truffles. Like the sole and the octopus, this looked fairly dramatic and succeeded as a combination I wouldn’t have previously tried at home (in this case the beef and dried mint), but will now (minus the truffles, which added very little).

There were almost no stodgy carbs, no swirls and no rich jus in the dishes we had. All of which I see as positive, if you can get everything right. But thinking hypercritically about the food, some dishes lacked a binding feature or genuine cohesion. Pink slices of duck breast paired beautifully with sharp raspberries, but with the squash and puree on the side felt a little too much like a few nice ingredients on a plate. Similarly, brill with lovage powder, sea weed and roe, and perhaps even the perfectly cooked sweetbreads served with a sort of tapenade and slightly pickled baby carrots. None failed. All were enjoyable. But each dish was a little disjointed.

As I said, though, that is me being hyper-critical; which I generally only do when the cooking is more often than not spot on, and when the dishes are more interesting than most restaurants attempt. Chapeau for trying – if everything was at the level of the lemon sole, it would be a genuine destination place. As it is, Mayfields is just a very good neighbourhood restaurant. And I mean that in the best way.

We drank too much. But if we hadn’t, we’d have spent the same £30ish per head on food, and maybe topped that up with (just) one or two bottles from their enjoyable and fairly priced list. Most of it is at or under £30 a bottle. 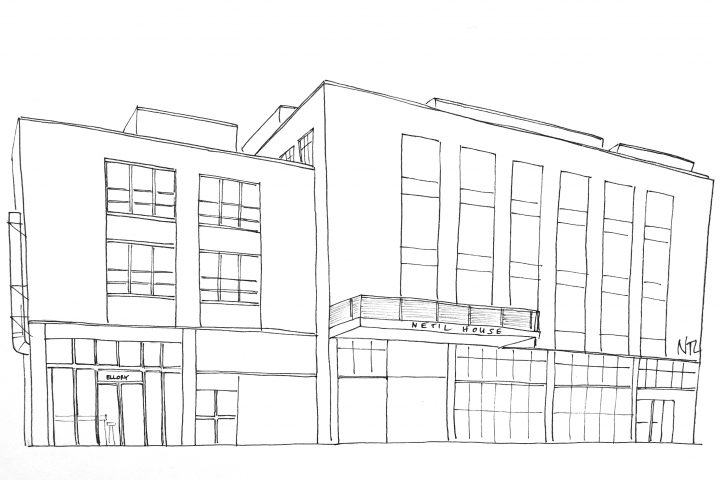