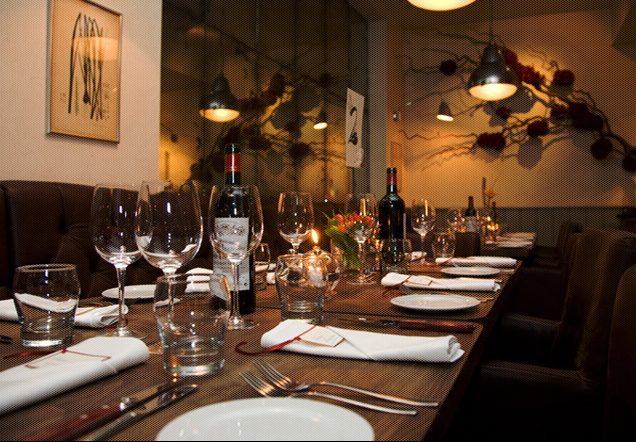 I understand that there’s a certain ‘look, there’s a tragically massive life ending pile-up on the other side of the motorway’ kind of magnetism to them. But that’s no excuse to proactively view the shows.

There is no upside to them. They cannot even be aspirational. Surely? And there is no way that anyone who watches TOWIE or Made in Chelsea has gained anything from them, that those of us who don’t watch do not have.

Like any bigot, I am totally convinced I am right about this. Even those of you who can’t drag yourself away from the car crash hate yourself for watching. You know you do. I shall say no more … except that I am disappointed in you.

Imagine how my eyes rolled when I received an email saying ‘we better book Manson now, because it was on Made in Chelsea last week’. So many negative thoughts arose upon reading this. Leaving aside this grotesque written admission by my former friend that she was a partially scripted reality tv show fan, did this mean we wouldn’t get a table? Would it be full? Would it be packed with ghastly vacuous MICers?

Nah. It was pretty quiet, really.

I will give the good people of Parsons Green some credit and assume that they didn’t see the relevant episode and so didn’t rush to book. But there must be some other reason that such a comfortable, relaxed and enjoyable local restaurant in an affluent part of town barely reached three quarters full on a Friday evening. It certainly wasn’t on account of the food.

We (8 of us) agreed that it was one of the best reading menus we’d seen for a while. Most dishes were genuinely enticing (clams, sherry fennel; chicken liver parfait, chicken hearts, pickled mushrooms; Herdwick lamb, Jersey Royals, baby gem, sheep’s curd, sorrel), many had intriguing twists (asparagus, egg yolk, chicken skin, fat hen; Saddleback pork belly, watercress, tarragon, strawberries), and all were an apparent steal (£6.50 to £8.50 for starters, mains mostly around £15, save for a 32 day aged sirloin steak at £23.00). There were some tricky choices to be made.

What we ordered did not disappoint. The pick of the starters may have been the asparagus dish, which was every bit as tasty as the written combination of ‘asparagus, egg yolk and chicken skin’ promised it would be (fat hen, by the way, is a herb with citrus aromas). Cucumber cured wild sea trout with dill and fennel pushed it close, though – a line of firm but tender cured trout slices, was freshened by the cool taste of cucumber and cut through with those anise flavours. A huge bowl of clams, sherry and fennel put every single Spanish restaurant in London to shame for serving just 5 clams or 6 in a less flavoursome stock than Manson do. It was also the bargain of the evening at £6.50. My chicken liver parfait was very good: a generous and smooth scoop on a well charred piece of sourdough. If you want hyper-critical, it wasn’t a perfect plate – I felt the accompanying mushrooms could have taken more pickle and the chicken hearts were under seasoned and a touch overdone for my preference – but it was still a step up from your average paté on toast.

The best main was probably the lamb. A mix of thick slices of perfectly pink best end and rich, slow cooked shoulder, possibly breast (not my dish, didn’t ask), both countered by sharp sheep’s curd. The presentation was very appealing and in a modern British style. This appeared to reflect the kitchen’s general approach to provenance, preparation and cooking – that lamb, for example, all coming from the same whole carcass that they source from trusted suppliers and butcher themselves, with the aim of using it all alongside other interesting seasonal produce.

Two of the group, usually among the more dainty eaters, wolfed down their braised veal shin dishes (a cottage pie of sorts), roast pollock with a classic little gem, bacon and pea combination disappeared at similar speed, and the steak apparently tasted as good as it looked (which was, well, very good). I, of course, couldn’t resist trying the pork and strawberry combo.

It certainly looked good. Watercress was intermingled among three thick lengths of belly, long strips of salty crackling, numerous soft red halves of strawberries and a couple of quenelles of tarragon butter. Eating-wise, the meat was spot on – moist, soft but with enough bite and clearly from a well reared pig, crackling, as mentioned, was good, lovely rich jus … annddd … the strawberries worked. They really did. I think they would have benefited from a little acidity – balsamic would be the obvious choice, but maybe a quality red wine or sherry vinegar would be better. But still. I got it, and I liked it. Made in Chelsea, it was not.

Puddings were great (this is getting a bit predictable isn’t it): top drawer sticky toffee pudding (a moist cake with the crusty edge of a well cooked Lyle’s golden syrup cake usually reserved for the best behaved sibling at the table); a warm chocolate tart that wouldn’t have been out of place in a starred Mayfair restaurant; good brioche with a homemade marmalade of sorts. Basically, all very good bistro style desserts, pimped with excellent ice creams – Earl Grey, intense Espresso, milk, that sort of thing. Oh and there was a fine cheese board.

Wine and beer flowed for a reasonable price throughout, no-one upsold us any sides (they weren’t needed anyway), service was occasionally a bit ditsy, but whatever.

So why did it take until about 21:30 on a Friday evening for the place to reach 75%? This is a cracking local restaurant charging low prices for food that, if served-up for the same cost in Soho, South or East London, would be raved about and you’d be hard pushed to get hold of a turned table to try it.

Like partially scripted reality tv, it’s all rather hard to rationalise. Maybe Manson is not publicised well enough? Maybe it’s simply that not enough of the local residents eat out? Maybe they do, but Manson just falls in an awkward middle ground for the punters – not super smart special occasion, but not Pizza Express either. Too adventurous, perhaps? Dunno. All I know is that this is something else I don’t get.

It turns out the locals have missed out. Or at least they’ve got one month left to sample Manson in its current form. Since my meal I’ve found out that chef Alan Stewart (ex Chez Bruce and Launceston Place) and sous chef Henry Russell (ex Hibiscus and Fox and Grapes) are moving on at the end of July to do their own thing. I’m not sure if the restaurant will shape itself into another entity. But watch out for Alan and Henry. They’ve got the right ethos and plenty of ability.

The first step is a BBQ in Potter’s Field (the patch of grass next to Bo Jo’s office and Tower Bridge) serving that fantastic Herdwick lamb for the duration of the Olympics and Paralympics. They then hope to set up a more permanent site, probably in South-East London, with the aim of serving their interesting seasonal food in a relaxed party atmosphere. I don’t doubt Peckham (or nearby) will embrace them. 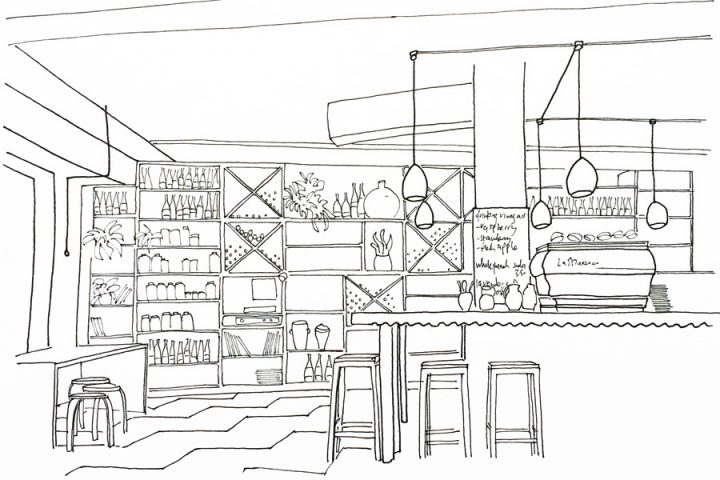