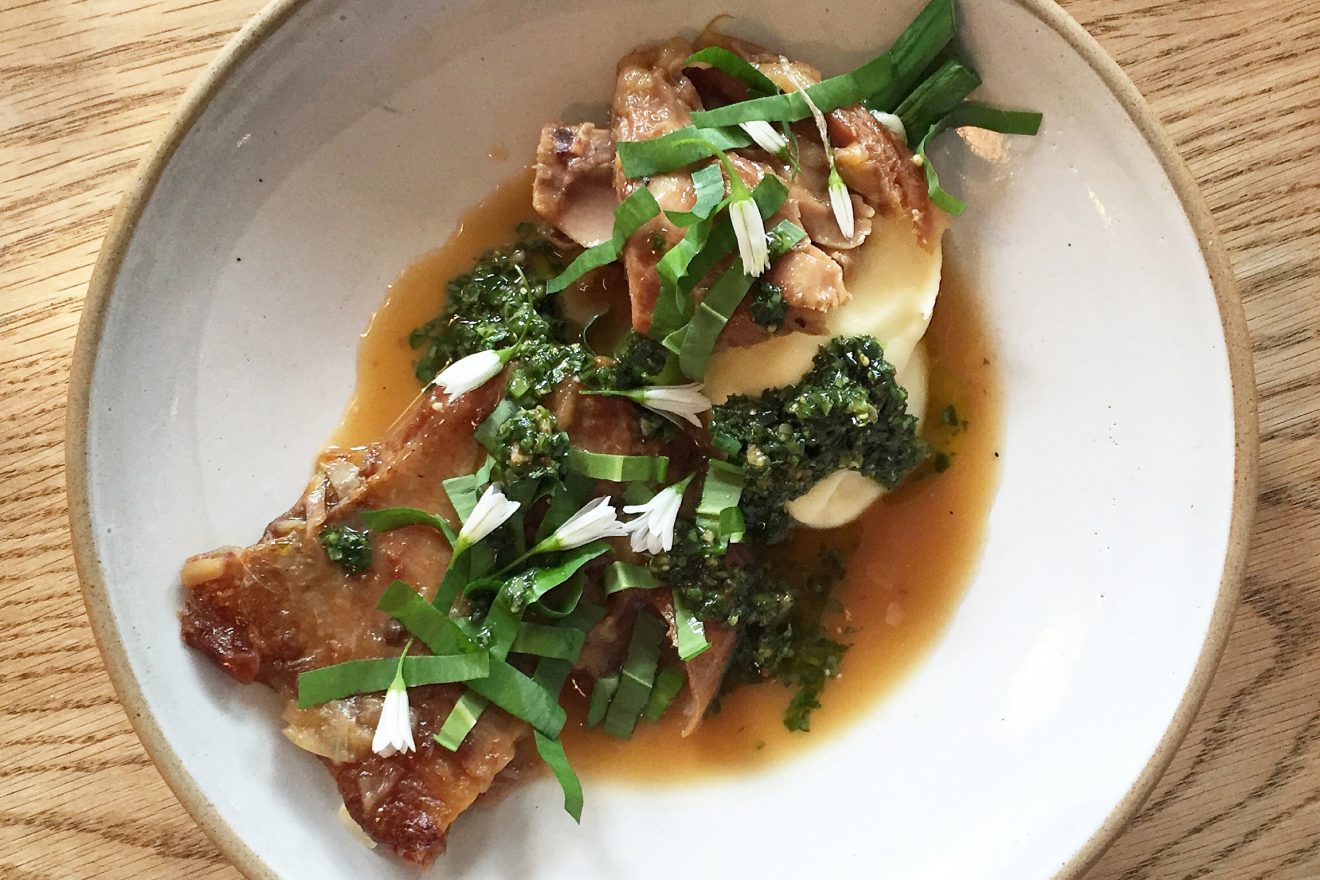 Breakfast may be the most important. But, let’s face it, lunch is by far the best.

Not only is it one of life’s great pleasures to carve ninety minutes from your miserable day (give or take an hour or so), but lunch can also be one of life’s great bargains – provided you know where to go, you can eat brilliant food in London at a fraction of the cost of eating pretty much the same meal a few hours later.

I was reminded of this when I hot-desked* at Brunswick House last Friday. For the modest sum of £16 I had smoked eel on a bed of a sharply dressed rainbow of salad heritage tomatoes and fine slivers of fennel; and then a deceptively humble dish of pan fried hake, chard, preserved lemon and puy lentils.

Deceptive because this was quite possibly one of my favourite plates of food all year – so much flavour in the lentils, perfectly cooked, pearly white fish, the preserved lemon providing a tweak from the norm and a bit of depth, and glossy chard that’d merely been pulled across a warm surface just before serving. The seasoning was bang on, the flavours memorable; it was the kind of food that forces you to eat in small bites, and pause between them, lest the meal be over too quickly. Half an hour later I caved-in and added a third course (chocolate mousse, brandy snaps, a fleck of cumin) to take the total to £19. Which, frankly, was not enough money.

That experience prompted me to collate a few of my favourite ‘Modern British’ weekday set lunches in London. Whether you’re in control of your working hours, or need to take a staycation, you’d be a mug not to take advantage of some, if not all of these.

* Hid from the rain whilst waiting for a cricket match to begin.

Other options on the menu when I visited included a beauty of a pig’s head terrine, and house made lamb merguez with peas and other verdant vegetables from owner Jackson Boxer’s family farm. The kitchen’s on a high at the moment, the front of house team were charming and flawless, and the room, festooned with dramatic lights and the best of Lassco’s reclaimed furniture, is as bold and beautiful as ever. There’s never been a more legitimate reason to hang around on a roundabout in Vauxhall.

Update 5 October 2016 – I believe The Newman Arms is undergoing changes to the dining offer. Will update when know more.

The Quality Chop House is one restaurant you should lunch at, whether you take advantage of the set menu or not. Shaun Searley and his kitchen crew cook and present utterly delicious food without frippery or pretence. If you see monkfish liver on the menu, you should absolutely have that. Otherwise, consider the ‘express’ menu, which today (for example) provided leeks, chopped egg and anchovy; their famous beef mince on dripping toast; and malted chocolate, hazelnut and salted caramel pudding. However the menu looks on the day you’re in, at two courses for £15 or three for £20, it’ll be peak flavour and a total bargain.

OK, given the Italian, French and occasionally Spanish influences, Oldroyd’s inclusion here suggests a slightly loose interpretation of ‘Modern British’. But, heck, Britain’s still part of Europe for at least one day more, and I’m keen to celebrate that. Moreover, this super cute little Islington restaurant does everything you want a modern local restaurant to do, not least: give away lunch for barely a handful of coppers. Two courses for £15 or three for £18 get you ace plates like cod’s roe and radishes; nettle pesto, goat’s curd & asparagus piadina; cornish crab tagliarini provencal, brown crab rouille; seasonal fruit tarts and sorbets. Great stuff.

I’m horribly ashamed to admit it, but I’ve still not been to The Dairy in Clapham. Yes, I’m a mug. I know and like their sister (junior?) restaurants, The Manor and Paradise Garage, though. So maybe I’ll get my Dairy fix soon by taking advantage of their mid-week lunch; which equates to four courses for £25. Boom. (The evening tasting menu is £48pp.) Just need to manufacture a reason to be in Clapham.

More dollar than the other suggestions here, but no less value. If Fera at Claridges £110 taster menu is out of reach, then consider their £39 set lunch. Technically it’s three courses, but there’ll be a few snacks and more than a little modern luxury thrown in. So many people report back to me about how enjoyable their Fera lunches have been – what a great way to sample inventive, modern British cooking, amazing ingredients, and a touch of the high life.

You might think this a dubious entry, given that Lyle’s technically bucks the trend and theme of this piece by having a set dinner (£44) but an a la carte lunch. But it is by far and away my favourite place to eat lunch in London. So I had to include it. The food is always creative yet unfussy and among the most flavourful and thought provoking you’ll find in our city. The room is light and calming and the service informal but proper. And given you could sort yourself three courses for £25, it should be permanently inked on your lunching list. 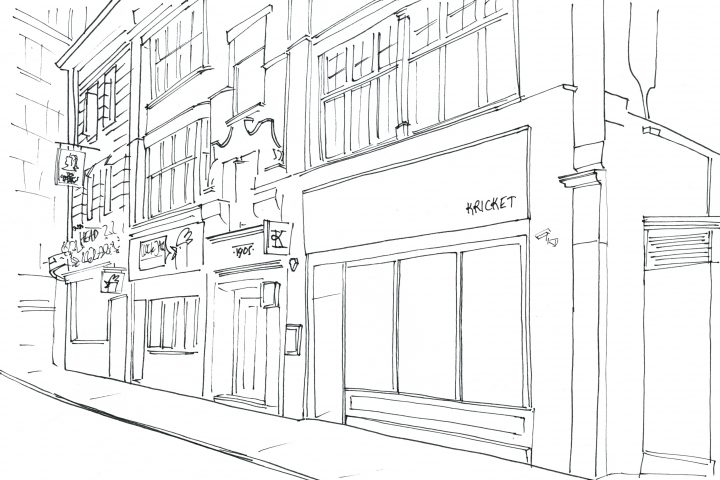