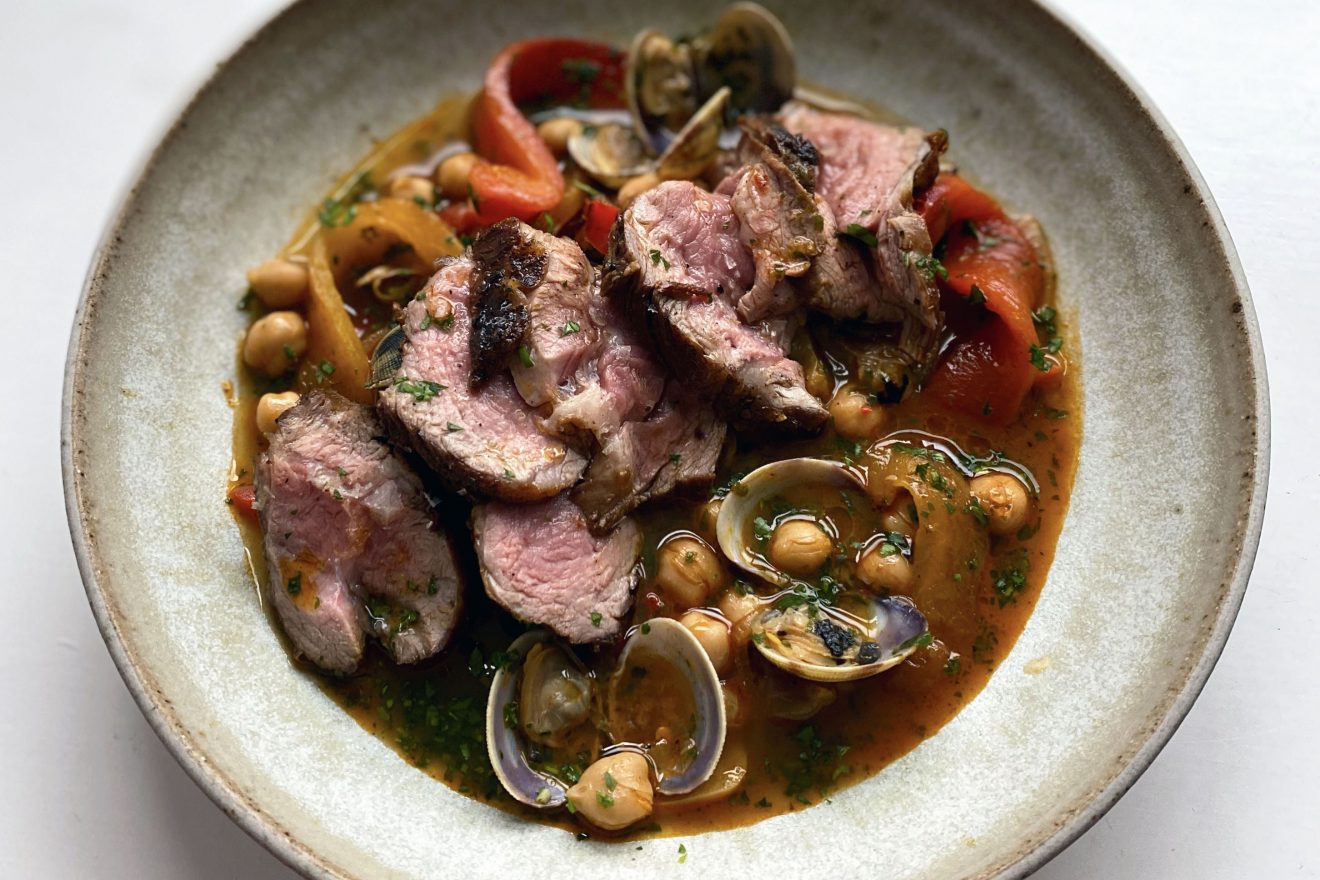 In Partnership with PGI Welsh Lamb

Normally at Easter time we’re inundated with recipes for lamb. The connection must be something to do with spring having recently sprung, and the new born lambs springing around the fields at the same time. But that messaging ignores a key point: those cute little lambs need to grow for 6 months or so before they’ll be in their prime for eating.

I say “normally”, because the spring lamb connection felt quieter this time round — we were in full lockdown at that point so there wasn’t much recipe inundation nor walking around farms full of lambs.

Yet that thing about lambs wanting 6 months to eat grass, roam free and bulk up remains valid. And if you do the maths, you’ll realise we’re now moving into Actual Lamb Season.

Look out at your local butchers and supermarket, then, for totally in-season lamb from the British Isles, with all the cost and flavour benefits that follow.

One mark to look out for is PGI Welsh Lamb — a sure sign that the lamb you’re buying, cooking and eating is of dependably high quality, and from a region that’s ideal for rearing lamb: steeped in tradition and expertise; with plentiful, lush grass on rolling hills (and sometimes steeper), where lamb is free to graze naturally. You can taste all that, I think.

I also think it’s worth looking out for cuts that you’re perhaps not used to picking up. I suspect most of us are well-versed in slow-roasting shoulder joints for 6 or 7 hours, and for roasting lamb legs at a faster pace on a Sunday, not to mention barbecuing a boned-out version of that same thing on any day of the week. Other parts of the animal exist, though. Chops, obviously(?). Lamb breast, too. And rump makes an excellent alternative to leg, both roasted or barbecued, particularly if you’re only a few people. Scrag end is mighty when it comes to autumn and you’re in the market for warming soups and stews.

Right now, however, I seem to have fallen into a lamb neck fillet routine. It’s quick to cook — I treat it in a similar way to bavette steak, frying it in a heavy-bottomed pan to a medium (which takes around 6-7 minutes in pan, plus 4 minutes or so of resting), then slicing it thinly. As with bavette it’s a very flexible, inexpensive and forgiving cut of meat; one to whip out for a wide variety of informal meals. This last month alone I’ve enjoyed it as a filler for tacos, as the centrepiece of a roast (as with rump it suits a small family), on top of a broth-y, pulse-y number (butter beans, kale and a punchy olive-based sauce), and with the lamb and clams recipe below.

Lamb and clams with a chickpea and pepper broth

This recipe is a good example something that’d do very nicely indeed as a week night meal, but wouldn’t be out of place if you had friends or family over on the weekend. It doesn’t take too much to put together from scratch, and though the handful of clams will involve a trip to the fishmonger, the rest of it is easily and inexpensively gathered. Crucially, the flavour and succulence of the Welsh lamb neck fillet shines through.

Completely blacken the peppers, either over a flame or under the grill. Place in a bowl, cover that and leave for 5-10 minutes to steam. Push the charred skin away, halve, remove the seeds and cut into 1cm thick strips.

While the peppers are blackening, measure and prepare the rest of the ingredients, including the lamb, which you should cut into 2 at the point the fillet begins to thin (typically 2/3 along). Then season very generously with salt and pepper.

Once that’s done, place a heavy-bottomed sauté pan for which you have a lid over a medium heat. Add 2 tablespoons of neutral cooking oil, the chopped shallots and a pinch of salt. Soften without colouring for 5 minutes.

Add the garlic to the shallots. Cook for 20 seconds before adding the tomato paste, stir this in and cook for around a minute more before increasing the heat to high. Wait 15 seconds then pour in the sherry. Let this bubble furiously for a minute, then add 300ml of water and drop in the pepper strips, chickpeas, chilli flakes and half the paprika. Let that simmer away at a confident but not overly ferocious pace while you cook the lamb neck fillets.

Find a heavy-bottomed frying pan into which the 4 pieces of lamb fits with just a little space around each. Place this over a high heat, add 1 and a bit tablespoons of cooking oil then, after 90 seconds, the neck fillets. Cook each on one side for a minute without touching. Flip over and cook for a minute more on the opposite side. Then for a minute on each of the thinner sides. After a total of 4 minutes add the butter to the pan, followed 30 seconds later by the remaining paprika. Baste the meat with the foaming, browning butter, removing the thin piece from the pan after a little over 1 minute, then the thicker piece 1-2 minutes beyond that — cooking the meat medium so it’s neither super firm nor slack to the touch, rather there’s a bit of bounce if you prod it (if you’ve a probe remove when the core is around 54C). Rest for 5 minutes before slicing very thinly and seasoning.

While the lamb is resting increase the heat in the pot containing the chickpeas and peppers. Once at a boil scatter the clams in and put the lid on top. Leave to boil for 3 minutes, shaking the pan towards the end. Remove from the heat and take the lid off — the clams should be well on their way to opening. If so, keep the lid off, if not leave it on for 1 minute more. Add the sherry vinegar, parsley and any resting juices and browned butter, plus as much salt as you think is needed, and stir through the clams and peppers.

Transfer the pepper, chickpea and clam mix into shallow bowls along with a ladle or so of liquid per person — it’s not a soup but the chickpeas should be sitting loosely in a puddle of broth. Lay the lamb neck on top and tuck in. 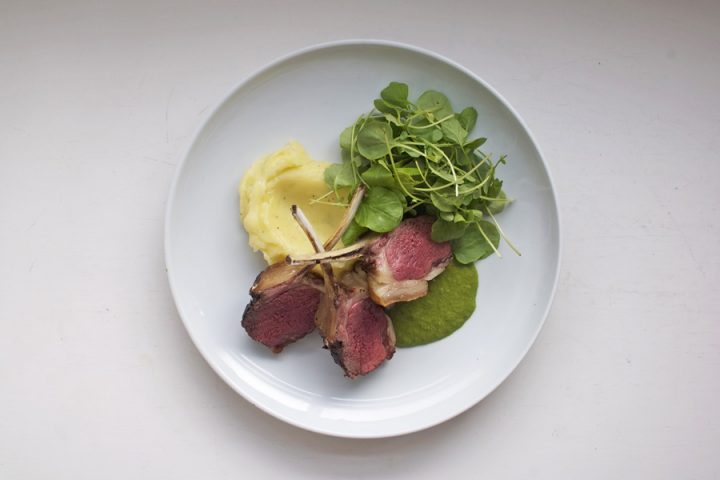