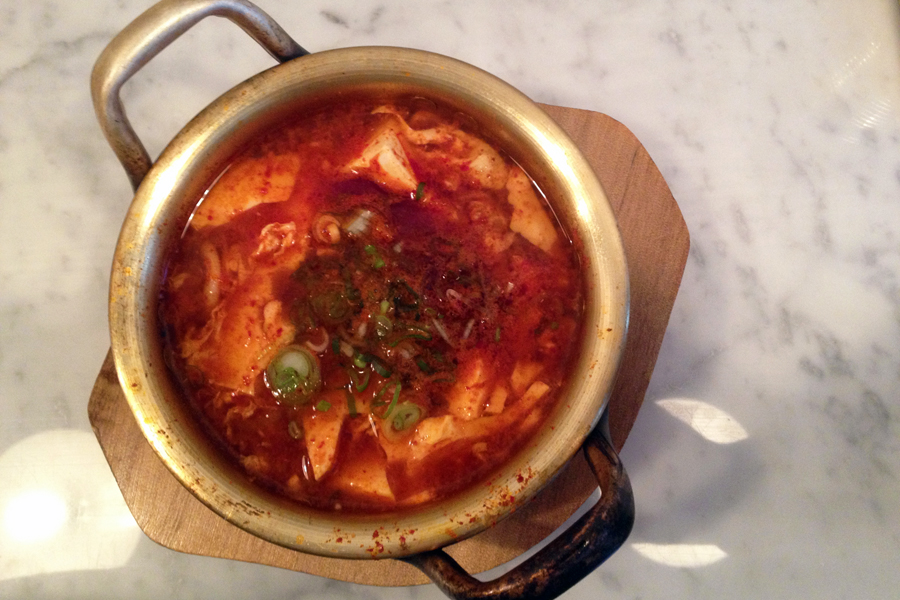 In truth, it’s just a thing that the media have finally decided to pick up on. The new Peru. Or Mexico. Or Brazil. Or whatever. That it’s now judged to be here is great. But Korea has been standing in line for its turn in the newspaper standfirsts for quite some time – and nothing much has really changed in the last few months to suddenly make it ‘it’: the roots of most of the newest places run fairly deep; New Malden ‘Korea Town’ continues to exist as it always has; there are no more Korean BBQ and casual places in central London than there were a decade ago. If anything, the biggest change has been the explosion of Korea’s biggest weapon, kimchee, all over the place. But that’s been mushrooming for a few years now.

The Korean food we see in London is mostly an interpretation of post civil war depression food: the split at the 38th parallel plunged South Korea into an economic and psychological low, during which traditional peasant food (frugal, spiced stews, rice based dishes, kimchi) morphed a little to accommodate western fast food influences. The day Korea really conquers the UK is when a Royal Court style restaurant opens up (and is successful). Don’t hold your breath.

In the meantime, what of this wave of new places? Two recent oppa-nings are Shoreditch style (see what I did there?). On The Bab is a Korean ‘street food’ café serving a bunch of different small dishes, sometimes on rice (bab), sometimes on noodles, sometimes in buns, but mostly on their own. Kimchinary is a London street food trader who, whilst it rains, has got a residency inside at Catch bar, serving Korean themed tacos.

The best westernised Korean restaurant in London is probably Koba on Rathbone Street. The owners of that place opened a new venture, On The Bab, at the eastern end of Old Street at the end of last year. They’ve have done a pretty good job. Little marble topped tables, whitewashed brick walls, a busy open kitchen, uniformed staff (sailer stripes) and heavily styled serving dishes make for an attractive and slick, if fairly cramped feel. They’ve labelled it ‘Korean Street Food’, but it’s no more street than I am. The concept is small, casual dishes – for sharing or for multi course eating. Korean tapas, for want of a better description.

Some of those dishes are good. I’ve had lunch there a number of times now, and the soondubu jjigae is excellent. To be honest, I’d have it again just to say the name when ordering. But, fortunately, this crimson coloured fish stock stew has a lasting yet subtle chilli spice, waves of silken tofu and just enough sea food (mostly baby squid and mussels) to keep you interested. It’s warming and comforting, layered and definitely an ambassador for Korean cuisine. Heck, with a portion of rice on the side it’s enough to justify OTB’s existence. The kimchi jjigae – swap the seafood with kimchi and fish stock with pork – is almost its equal.

I enjoyed kimchi bokeum bab – kimchi and bacon flavoured rice, egg, shredded cabbage and radish. There’s a good mix of salt from minuscule crumbs of bacon, kimchi tang, and crunchy slaw. But, stepping back, this is borderline basic hangover food. It also makes your mind wonder to the question of value. On the street it would be just about right for £5. Should £7.50 be the price you pay for eating in a nice room in Shoreditch? Kimchi and seafood pancakes keep the same flavour themes going and are definitely worth a nibble.

Other dishes left me less satisfied. Bulgogi beef hirata buns appeared a half hearted effort at riding the tail wind of another ‘thing’. A few slithers of dry beef, shredded red cabbage and flavoured mayo were ‘fine’. But fillings need to be sensational to power up claggy, white, steamed buns – the flavour tampon of the carb accompaniment world. The guys at Bao are streets ahead of anyone else here.

Some plates fully disappointed. Chicken dumplings: meh. Not fried enough to be pot stickers, not full enough to be flavoursome. Soy and garlic glazed fried chicken and peanuts: bokeum. Irregular nuggets of chicken could’ve been any protein, really. The glaze sickly sweet, the fry light and cloying. This didn’t feel like a good use of calories. Jeonju style ‘bibimbab’ served in a stainless steel bowl proved that it’s a poor cousin to dolsot bibimbap – without a piping hot stone pot to fry and crisp the rice, it’s, well, just tepid rice, veg and egg in need of chilli sauce.

All that said, I think I’ll be back. I could see a sociable enough evening with Korean soju, beers and a few of their ‘anju’ finger food. I can certainly see more jjigae lunches with bab on the side.

On the Bab in 3 words

£12-20 will sort you for lunch. Evenings more like £20-30 for food plus whatever you spend on drink. I can’t make my mind up about value.

A preview last night of Kimchinary’s residence at Catch bar suggested that it’ll also be worth a look in, should you fancy (another) social evening of Korean inspired finger food and alcohol.

Kimchinary is Hanna Soderlund, a street food trader who serves up the bastardised lovechild of Korean and Mexican cuisine. Her bulgogi ox tail burrito was easily in my top 3 outdoor eats last year, and I’d back her effort at Catch on that basis alone.

But the food I tried showed promise on its own accord. Corn tacos piled with twists on that Korean influence (gochujung pulled pork; doenjang buttered corn, chicken and crispy chicken skin; cavolo nero with kimchi puree and soy pickled mushrooms) were all flavourful and inventive. Also doing the rounds were bowls of ‘dukbokki’ – brassica leaves drenched in a sticky caramelized sauce and mixed with tubular fried rice cakes. Very much the sweet moreish comfort food for depression times I was talking about at the start. The rest of the menu looks wicked: pickled fried pigs ears and tortilla chips with kimchi salsa and smacked cucumber, for example.

This is casual, imaginative, a bit different. I’m not totally sure whether the concept is sitting down dining, or bonus munchy food. But it is tasty. 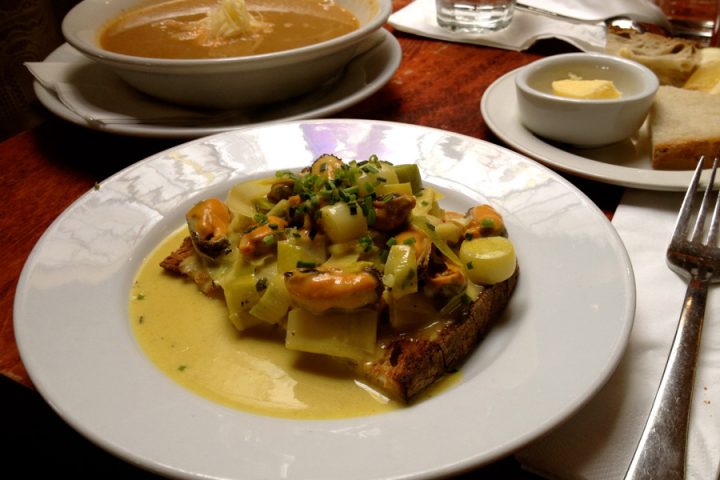 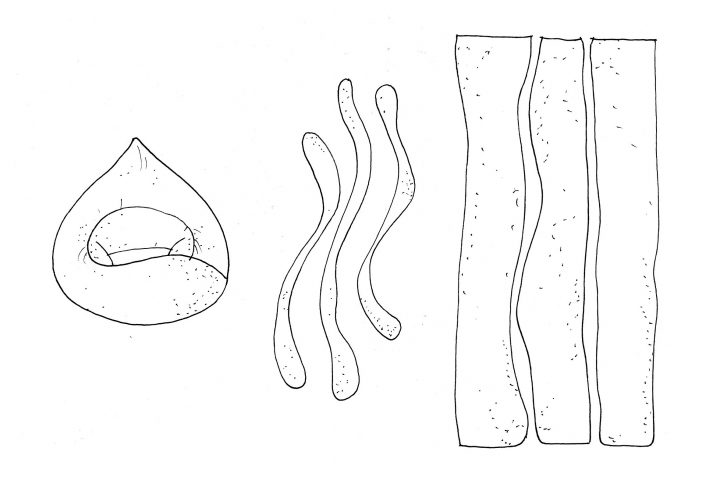