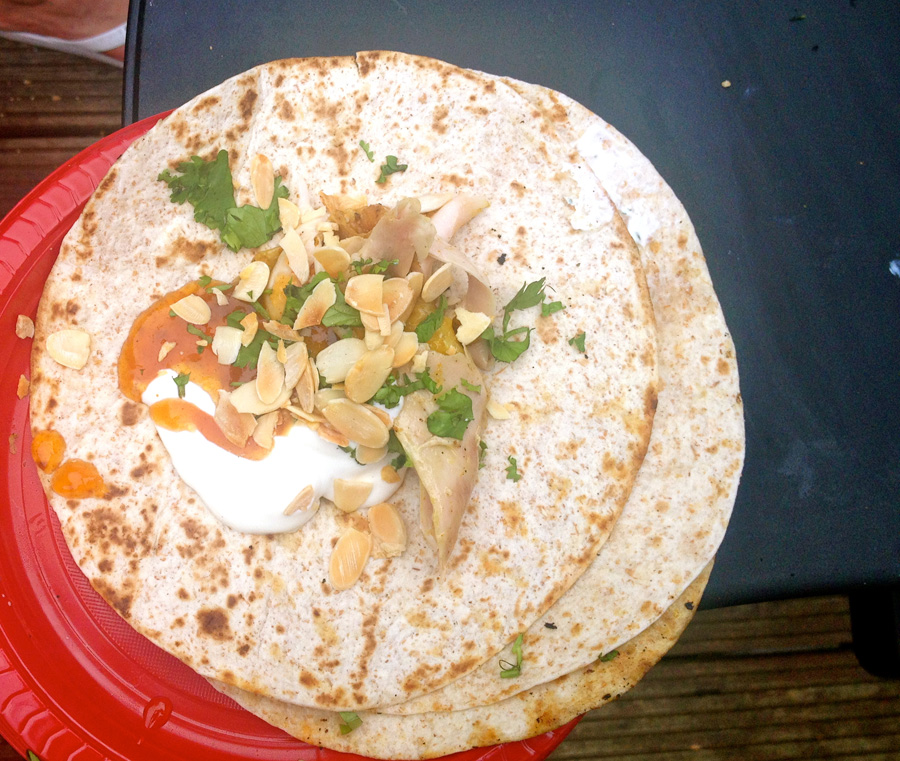 As I write, there are two and a half days left of the Jubilee bank holiday. It is forecast to mostly rain and otherwise be grey and damp for the remainder of it. So it is only right, proper and British of me to service you with a BBQ recipe.

Normal Coronation chicken is all very well [in fact, I made what I thought was a cracking one for the unveiling of Pippa Middleton’s rear-end last year, though I seem to have lost the recipe and can’t be arsed to reverse engineer it for an easy post today], but the flavours of this dish lend themselves to more than being just a tepid to cold, mild and fruity chicken curry.

Instead, why not risk burnt chicken skin, dry thigh meat and raw breast by coating a whole chicken with curry spices, sticking a half full can of lager beer from the Commonwealth up its butt, and standing it proudly over some flames?

Ideally your grill will have a lid that you can close whilst the chicken is still standing, so essentially all you are doing is roasting the bird for about an hour whilst allowing the beer to boil and steam up through the meat.

Our lid wasn’t tall enough, though, so the chicken stood for about an hour whilst people pretended to enjoy the sight of it, and then walked away muttering ‘it’ll never cook, it’ll be raw’. Haters.

After an hour, most of that beer had evaporated and the meat was steaming away nicely, thank you very much, so it only took fifteen minutes or so of lying on its side with the top now down, for the skin to crisp up and the meat to cook through. And once the bird had been rested for another fifteen minutes, tasty and moist meat was torn off the carcass and chucked on some chapatis (warmed on the grill), with a good dollop of mango chutney, Greek yoghurt (Liz would be nothing without our Phil), some chopped almonds, coriander and green chilli. Tasty stuff.

Is the beer can thing worth it? Would it be better spatchcocking the chicken? Why not simply marinate some chicken thighs and cook them on the barbie instead?

But then it doesn’t make sense to do a BBQ in the rain either, does it?

There’s a recipe sandwiched between the pictures. Ooh, and totally randomly, you can now nominate your favourite restaurants, shops and food blogs for the 2012 Observer Food Monthly Awards here.

A couple of hours before cooking (or even the night before), put the coriander, cumin, fennel, fenugreek and mustard seeds and black pepper corns in a small saucepan over a low heat. Toast until the seeds start to pop. Pour these into a pestle and mortar with the salt and dried chillies and bash and pound them until all you have left is powder. Add the garlic, ginger and turmeric powders to this and mix.

Remove the wishbone from the chicken (you’ll yield more meat when you carve it this way). Coat the bird in a tablespoon or so of oil. Then rub the dry spices all over and inside the carcass.

If you’re using coal, light your BBQ and let the flames die down before you put the chicken on. Move the coals to the sides so that the chicken doesn’t go directly above them. Ideally, close a lid to get it up to temperature.

If you’re using a gas BBQ, turn it on.

Drink half the can of beer.

Grab your chicken. Put some curry leaves up the end where the legs are, swiftly followed by the open can of beer. Stand the beer can, loaded with the chicken, on the BBQ and either close the lid, monitoring the bird occasionally for 50 mins to 1 hr 15 depending on the size of it, or cook your burgers and sausages around it and defiantly ignore all the doubters for about an hour before finish it off on its sides, turning to avoid too much charring. Like any chicken, it’s done when the juices run clear.

Let the chicken rest for 15-20 minutes under some foil (to stop the rain getting it wet…) before carving and pulling the meat from it, and loading up some chapatti wraps with the meat, chutney, yoghurt, almonds, coriander and chilli. Fold one end of the chapatti in, and then the two sides together. Enjoy whilst all those doubters are eating their overcooked burgers and cheap sausages. 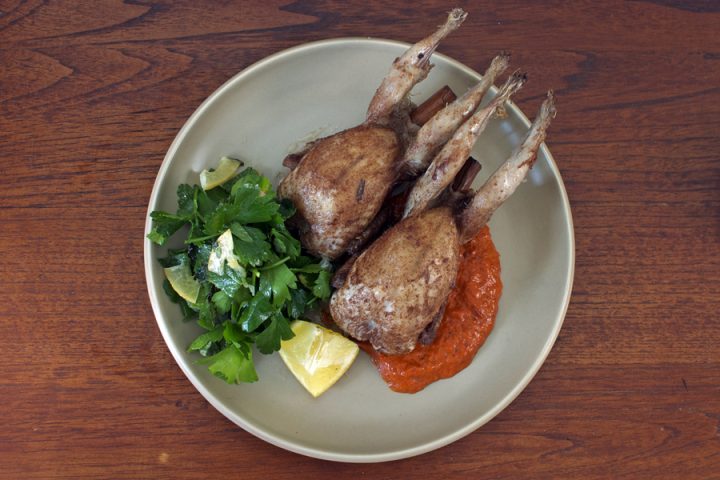 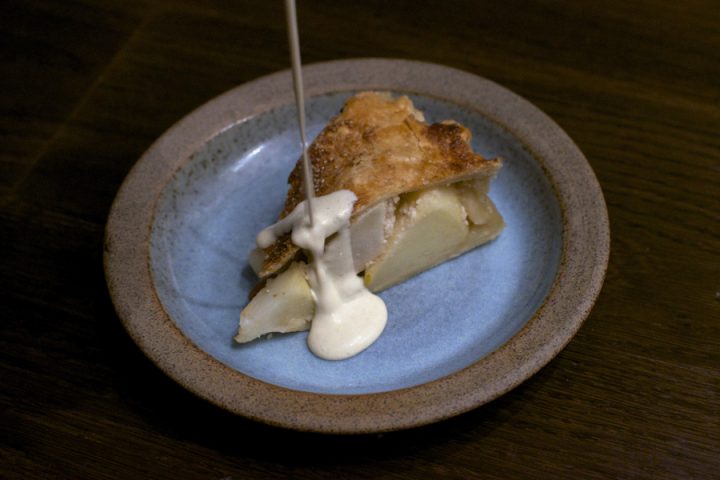 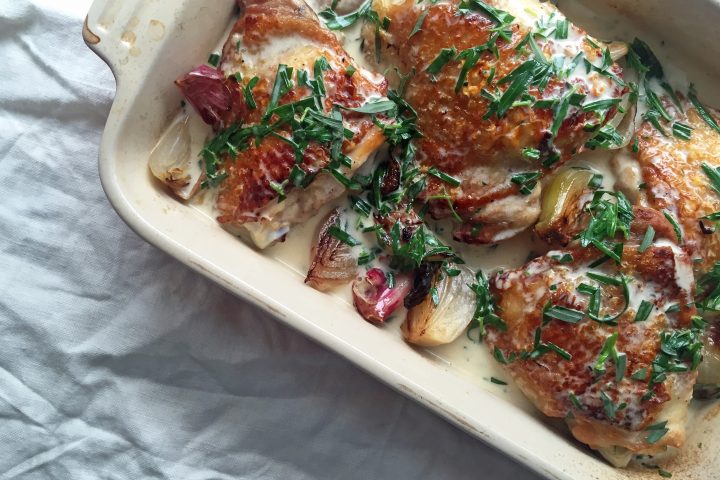