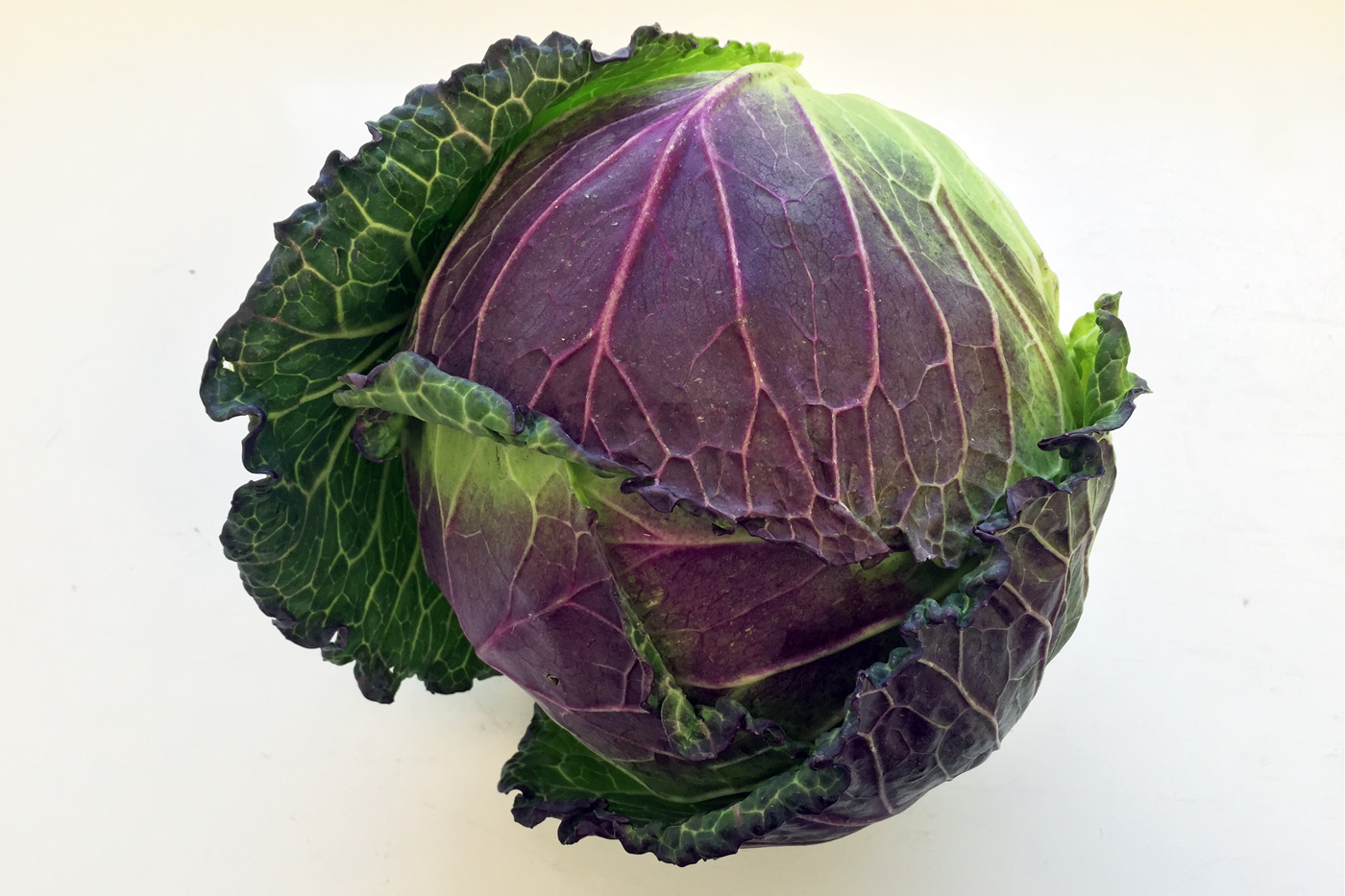 Isn’t nature brilliant. That’s a statement, not a question.

I mean, just look at this cabbage – you’ll not see anything better looking all year.

This one came to me via WholeGood, an organic fruit and veg supplier who deliver via Ocado. They kindly send over a bountiful box of fruit and veg. But this cabbage – a January King Cabbage – stood out.

For me, the regal purple and green cabbage sits somewhere between the oft underrated Savoy, and the crunchy, sweet and quite trendy cheffy Hispi. Like all cabbages, a January King goes a remarkably long way. This is a Good Thing. Not least because I went round in circles trying to work out what I wanted to do with mine, and couldn’t settle on just one.

Those gorgeous outer leaves would definitely work blanched, refreshed and then used as a wrapper for something like golabki, which like cabbages are unfairly unheralded.

Roughly cut, you could basically treat a King Cabbage as you would a Savoy. Toss larger, just steamed pieces with melting butter and freshly ground black pepper. Or cook down strips of cabbage with lardons, some cream and white wine, then stir pasta through that mix.

I’m thinking of finely shredding some of the pale, inner core, then letting it sit for a while in soy and fish sauce, mirin, sesame oil and maybe run a bit of chopped fresh coriander, sesame seeds and edamame beans through it all. An Asian coleslaw of sorts. Imagine that with some salmon that’s just been kissed by a little heat.

To date, though, I’ve only used a quarter of the cabbage. That quarter was cut into four wedges, charred for as long as my failed extractor and trigger happy fire alarm would allow (not long enough), then gently steamed for five minutes in a centimetre or two of reduced pork stock (more on that below) and dry cider.

The result was at once sweet, savoury and charred, soft but with bite. The perfect foil for a couple of chunks of pork belly.

I’m currently going backwards and forwards between cooking methods to determine my favourite one for pork belly. The meat in the picture was brined for 48 hours in a 6% salt solution, simmered with veg and herbs for a touch over three hours at that temperature where the water occasionally emits a glug, but no more (by my calculations, 89-91C), so that the pork’s internal temperature was between 85C-87C. Then it’s pressed, chilled and, finally, shown the face of a hot pan until golden.

The advantages of this method: reliably unctuous meat; a stock that you can reduce to make the most incredible jus; and fancy straight lines.

The disadvantages: some might be put off by the number of steps; and, crucially, the crackling is never as good as that gained by a brutal blast of heat in an oven. This Ottolenghi way usually produces the goods if that’s your main aim.

In any event, this was all about the cabbage. Honest.

No specific recipes for either of these things. Hopefully the thoughts above will be enough, should you be tempted to replicate. 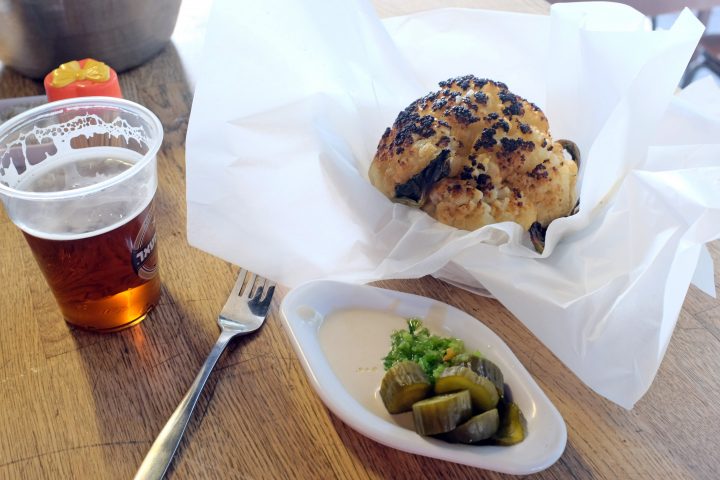 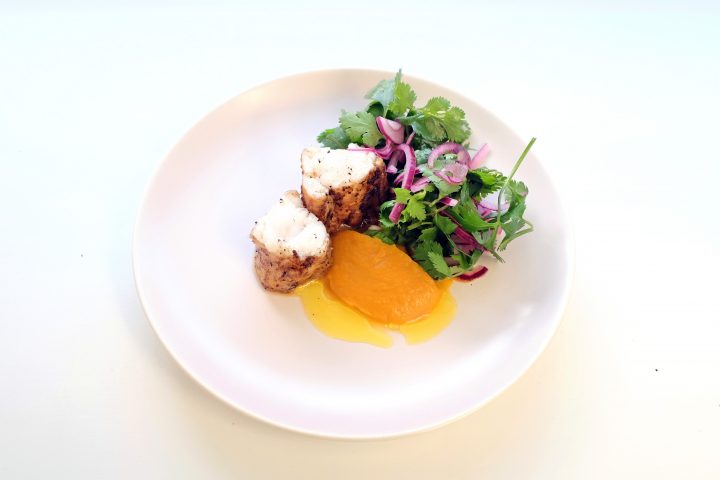