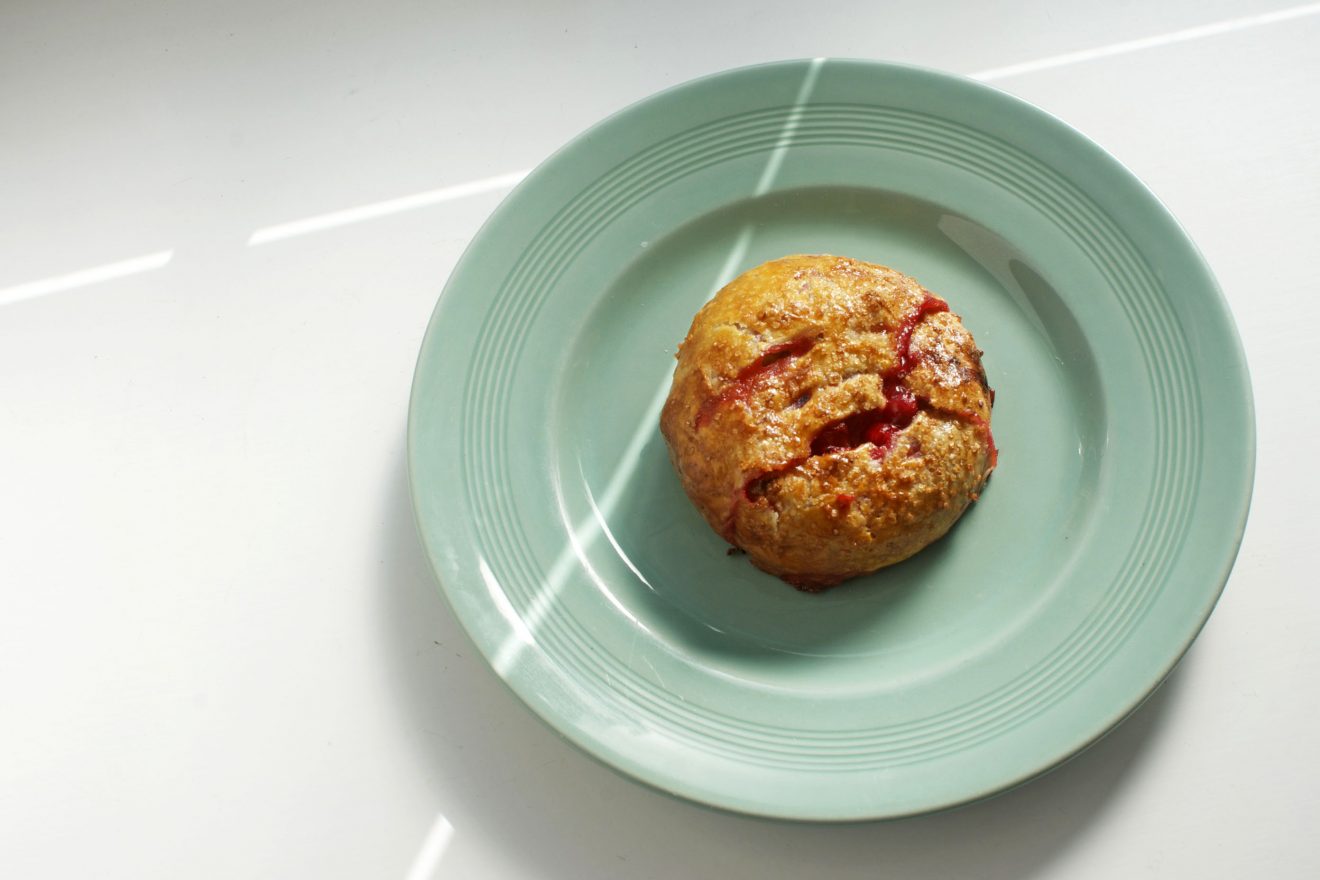 You know the saying “what grows together goes together“? Well, it’s kind of annoying when someone says it to you in an all-knowing way, but also often true.

Case in point: gooseberries and redcurrants. I’m not sure where this combination has been all my life (quite probably the currants have been elbowed out the way by elderflower), but I came to appreciate it very recently when ploughing through the spoils of Mum’s fruit and vegetable patch.

The two different fruits grow next to each other in her garden and it turns out they do go incredibly well together. Both share a sharp sourness, but also have their own distinct sweet qualities, which means the sum of the pair is a worthwhile one.

Interestingly (perhaps), neither gooseberry nor redcurrant is mentioned in Niki Segnit’s Flavour Thesaurus, and the match is not one Nigel Slater refers to in his excellent tome Tender. However, it was Sir Nige who prompted me to lump the two in a bit of puff pasty and call it ‘an Eccles cake of sorts’. Because he did a similar thing with blackcurrants in Sunday’s OFM.

You need to gently cook the gooseberries for a few minutes so some of their juices can be drained off (use as a cordial for a gin based cocktail), but it’s otherwise a fairly faff free process.

Even less faff would be to make a kind of strudel using the fruits as the filling. Or a few large triangular turnovers. Or maybe make a joint fruit fool. Or trifle. Or jam. Or redcurrant jelly with gooseberry slices suspended throughout. Loads of options. Do give one a go this summer.

Theres a recipe for goosecurrant Eccles cakes below the photos.

Put the gooseberries and sugar in a saucepan on a low-medium heat. Cook gently for 8-10 minutes until the fruits just start to pop and juices are released. Let this cool to room temperature, then strain the juice through a sieve (and save it to use as a cordial). Gently mix the gooseberries and redcurrants together and put them in the fridge.

Sprinkle a little flour on your kitchen surface. Roll out the puff pastry then gently roll it a little beyond the shop size into a square. Divide that into 8 and place those onto floured baking paper. Put in the fridge for at least 20 minutes or more to chill (this’ll make it much easier to fold the thin pastry and less likely to fall apart when cooking, particularly on a warm summer day).

When chilled, divide the fruit equally between the squares. Fold the edge in, press together in the middle, then turn over and place on a baking sheet, pushing it into a round shape. Repeat for all 8. Put back in the fridge for 20 minutes longer. In the meantime, heat the oven to 210C.

Finally, remove the pastry from the fridge one last time. Make an egg wash with the yolk and milk. Brush over the pastry and make a quick slash across each cake/bun with a sharp knife. Sprinkle with plenty of sugar and put in the hot oven.

Cook for 20-25 minutes, removing before the contents become too juicy and the pastry a touch too soggy. Repeat the egg wash after 10 and 15 minutes cooking – this’ll help create a golden and crisp casing.

Let ’em cool a little before eating. They could be re-heated if you wish. I secretly like them fridge cold.

p.s. Redcurrants also grow next to yellow mangetout in Mum’s garden. Whether they go well together is anyone’s guess (I’m not trying). 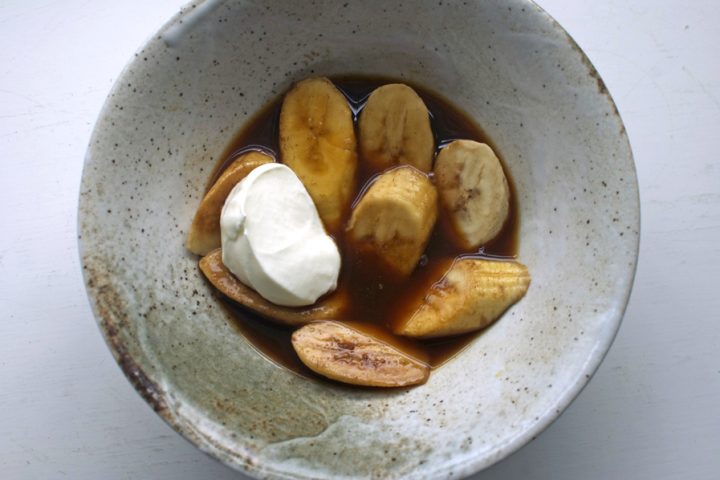