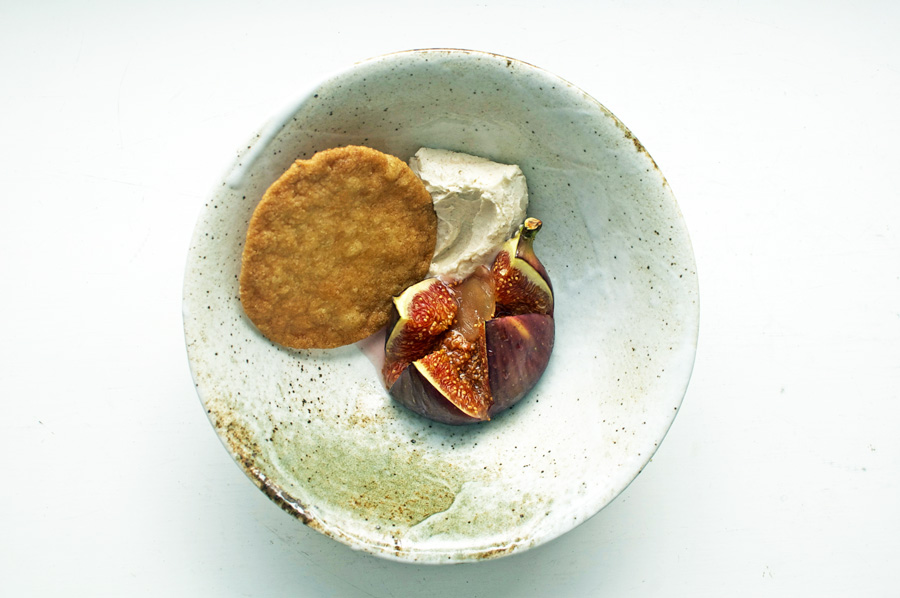 You’ll remember, avid reader, that I published a ‘savoury’ fig recipe on these pages a week or so ago. I think I said something about figs being good for both puds and mains, suspect I waffled on a little about the fig being the ingredient in that particular dish that matches a host of otherwise unconnected salad items to each other, and then in all probability signed off with a recipe full of typos.

Well this is largely a repeat of that format, save it’s time now to stress the sweet (as in pudding) side of figs.

You need, I think, to warm figs to get the best from them in a dessert. Otherwise it’s just breakfast.

Baking is the obvious means to do that, and dousing them in something sweet before and during baking is the standard way to ensure they continue to shine once they soften, rather than just dry out. A spoon or two of runny honey is often used, but why not try the sweet syrup from a jar of candied ginger instead? The two flavours (fig and ginger) work really well with each other.

So much so, in fact, that I reckon you should definitely make uber moreish ginger butter biscuits to go with them, and just pare back the saccharine nature of it all with some cinnamon flavoured mascarpone.

For the butter biscuits
For the cinnamon mascarpone
For the figs

You can make the biscuits in advance – just store in an airtight container and keep well away from wandering hands.

Use the back of a wooden spoon to cream the butter with the sugar until the mix is light. Add the remaining ingredients and mix well. Put in the fridge for 20 minutes. Then use a tea spoon to spoon six walnut sized balls onto a large baking tray (this should use half the mix).

Roll each heaped teaspoon of biscuit dough quickly in your hands to make the ball shape, then space them evenly and well apart from each other. You don’t need to be too precious, just be fairly quick. Press the balls gently with the back of the spoon to start to spread the balls into a round. It will leave a dimple. That’s fine – as it cooks, the biscuits flatten and spread, so don’t be tempted to put more than six on the baking sheet. Put in the pre-heated oven for eight minutes – so that they have spread and are turning golden. Remove and let cool and harden for five minutes, then slide off the tray with a palette knife.

Repeat the process with the remainder of the butter biscuit mix. Store in an air-tight container until needed.

Make the spiced mascarpone. Again, this can be done in advance. Simply spoon mascarpone cheese into a mixing bowl, add the icing sugar and stir. The cheese will loosen. Add the cinnamon and mix well. Taste. Add a sprinkle more sugar if you wish.

For the figs, make two cuts in a cross shape half way to two thirds down each fig. Pinch the bottom of the figs to open that cross out a little and insert a slice of candied ginger in the cross. Put the figs in a baking tray, ceramic or pyrex dish, then spoon the ginger syrup over each fig. Add a tablespoon of water to the base of the tray to stop things burning as the syrup dries out.

Cook at 180C for fifteen minutes. The figs will be soft, mellow and sticky. Spoon the cooking juices over the figs as you serve with the mascarpone and biscuits. 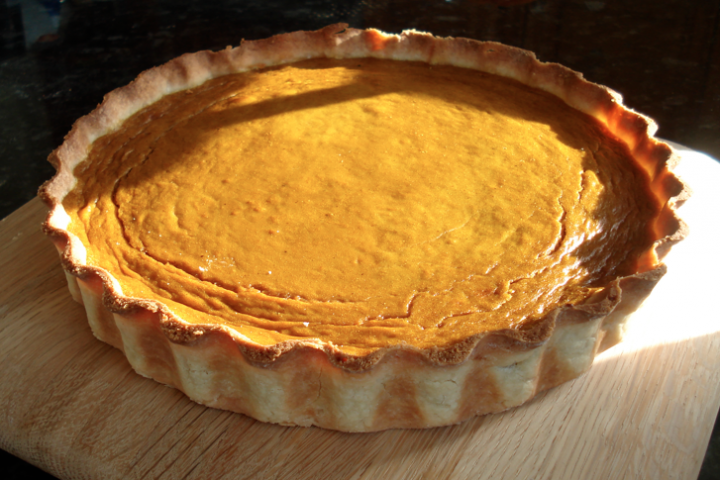 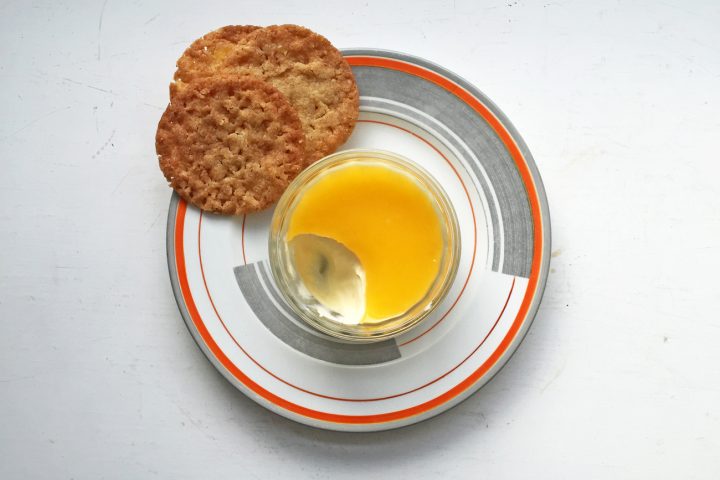