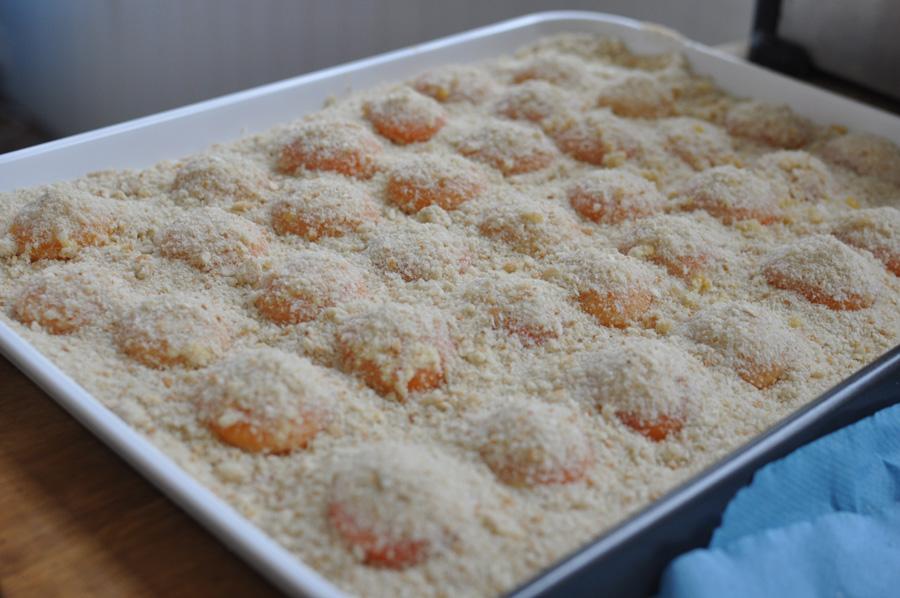 Last weekend I tentatively dipped my toes into the world of ‘cookingforpeoplewho’vepaidmoneyfortheprivilege’. You see, like many of you, I’m well versed in the art of ‘cookinggooddinnerpartyfoodforfriendsandfreeloaders’, but I hadn’t previously had the temerity to ask for contributions.

My cherry has now been sharply popped and, whilst no silver passed through my palms to line my increasingly tatty pockets, 38 people contributed a total of £950 to charity, in return for a bit of food and a lot of wine. They all seemed to be happy, and so, I think, was I. Which technically means that everyone was a winner.

The event was held on the inaugural ‘Food Revolution Day’ and the money went towards the Jamie Oliver Foundation. You can read more about the whole Food Revolution thing here, and about the Jamie Oliver Foundation here. Basically, though, the aim of Food Revolution Day is to raise awareness around the globe of the need for better food education. In a kind of ‘Big Society’ way, the idea was to get people with food knowledge to share that with others, cook for them, and possibly raise money in the process.

Some people are very cynical of Jamie. I imagine this is largely due to his extraordinary success. Of course the charity stuff helps his profile and he’s become tremendously wealthy. But I personally don’t think that’s a reason to criticise someone and, in any event, it’s difficult to deny that (a) he’s a cracking TV chef, probably one of the best ever; (b) his charities and ideals are worthy; and (c) the man gives a shit.

With those things in mind, I was happy to donate my time when presented with the task of holding a lunch in the space above Fifteen.

The meal was loosely themed as an ‘English pub lunch’ and I tried to base the menu on recipes in Jamie’s books (thereby showing that it’s easy for us all to cook nice food), whilst adding a little bit of a twist in the hope this would impress the guests.

First up was a lamb tartare (Jamie at Home) with a deep fried egg yolk (me); that was followed by a load of communal bowls of Chicken Caesar salads (also Jamie at Home); then we served roast pork loin stuffed with peaches and thyme (The Return of the Naked Chef), served with root veg puree, spinach, purple sprouting and asparagus (me) and parsnip crisps (Young Turks style and, er, I suppose Tyrrells too); and finally we sent out chocolate fondants (sort of Jamie’s Kitchen) with chilli icing sugar (Jamie’s America), orange cream and proper bees’ honeycomb (me and my classmates).

There were various things that could have been improved on and that I would do differently in the future: like starting prep proper at 10:30 when guests were arriving at 13:45 was punchy; and trying to plate 38 main courses at once was, predictably, an error temperature wise.  But, overall, I’m 99.5% certain all yolks and fondants oozed, and I know that the meat was moist and flavoursome, that the veg was damn tasty, and that crackling was fatty, salty and crunchy. Best of all, people were (to my face at least) very complementary.

It’s hard work cooking for lots of people, but also very enjoyable. I got a good deal of satisfaction from the day and even a round of applause. Which was nice. So I’ll definitely be doing it again.

I was helped massively by my Westminster classmates Nora, June and Nick, and also the awesome Uyen from Leluu supper club. Danny McCubbin, a JO stalwart, organised the lunch and two other large events over the weekend, and he and a bunch of other guys helped with service and washing up. Veg was generously donated by Andreas veg, Eurofrutta and two stunning pork loins by Moen. The crowd’s thirst was quenched by superb wines from Passione Vino. Thanks to them all.

I assisted Uyen the following day with her lunch for the same number of people in the same space. In doing so I learnt loads about how to cater for a mass audience professionally, serenely, and with about 1/3 of the mess that I created. You must all go to her supper club and cooking classes.

Uyen kindly took some beautiful photos during my service and these are below; click on the first one to see them as they should be, rather than in cropped squares. 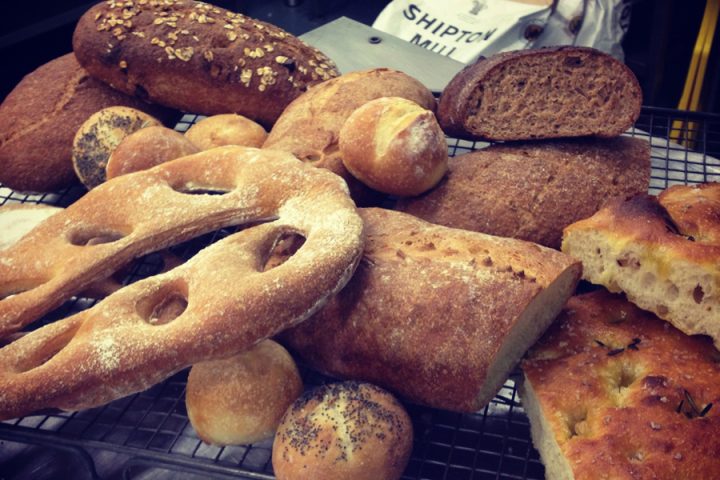