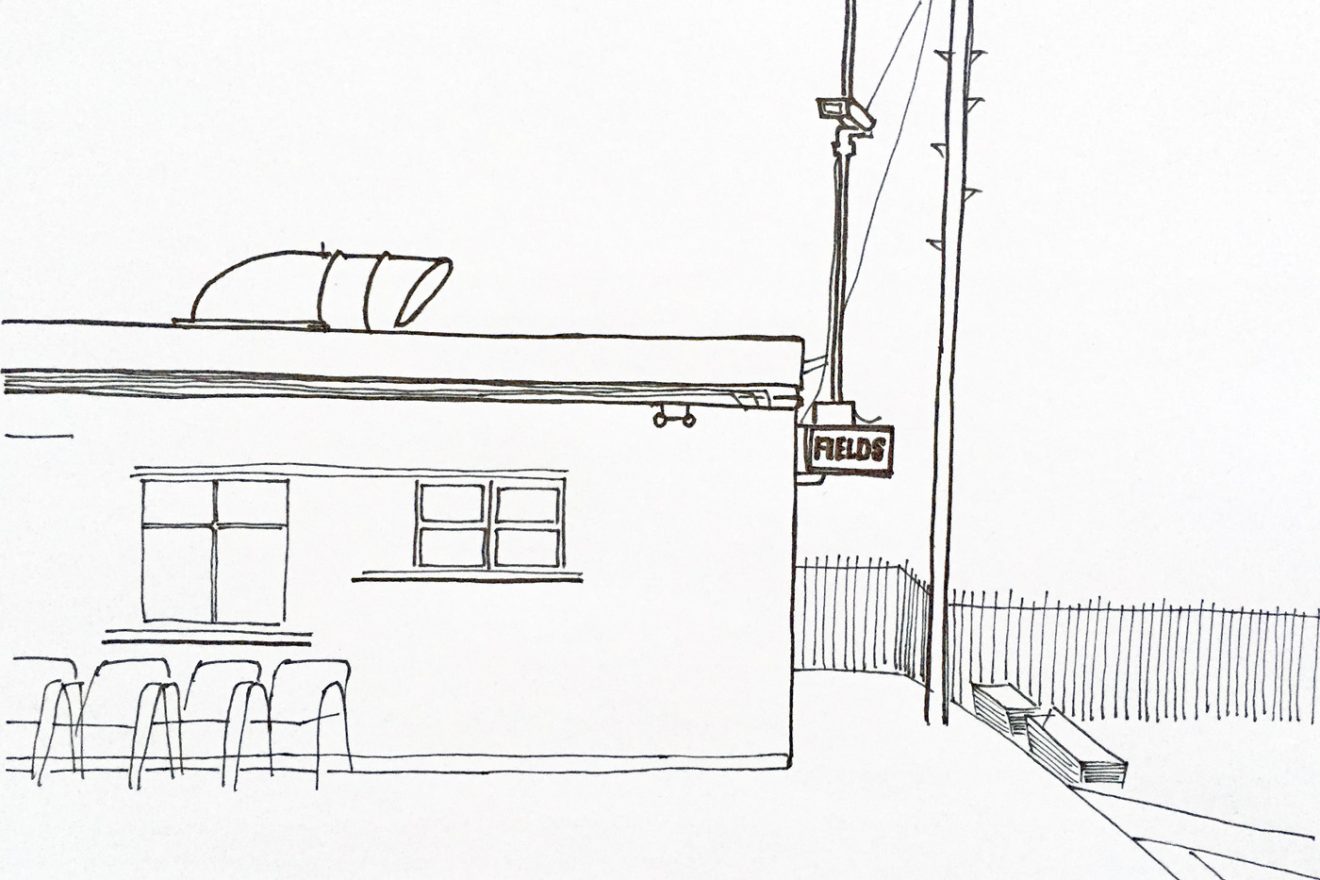 Some point soon I’ll get round to writing a few thoughts on eating out in Melbourne. A week or so based over there towards the end of 2014 was a week well spent: brunches blurred into lunches, and dinners were generally feisty and Asian fusion themed. In short, I left with the sneaking suspicion that Melbourne and I could really get on.

This comes to mind right now because I’ve just finished grazing at a café that couldn’t be more ‘Australian brunch spot’ even if it was picked up, flown half way round the world, and dropped in the middle of The Gabba, mate.

Theoretically, this café is in ‘test kitchen’ phase and is only opening at full blast in the spring. But you need to know about it now, because even whilst it’s a Friday through Sunday thing, with a limited menu to boot, the food is banging and the coffee top end.

Fields is the sibling of M1lk in Balham – a place I slobbered over nine months ago. It’s in a funny little spot at the northern tip of Clapham Common, and is essentially a shed affixed to a skate park. Inside is sparse, if vaguely Californian Art Deco diner inspired – there are hints hints of coral pink and turquoise and metal edged faux formica. Paint a swimming pool on the wall and you’d have a full on Hockney. But it’s the outside space that will be the selling point come warmer days; even though there’ll be a fair few seats out there, my guess is it’ll always be rammed.

After an hour or so of nicking wi-fi for the cost of a Scandinavian (Koppi) batch brewed filter coffee – acidic and sour as it cooled, which I like – I fell into a hot ‘brunch’ dish of eel and mushrooms on sourdough. It was knockout.

This, as is the M!lk way, was truly a beautifully presented dish, with the shrooms and eels placed as if petals on an elaborate (toast shaped) flower. Stunning, really. My iPhone did no justice. So I’m afraid there’s no picture.

Crucially, it tasted as good as mushrooms on toast can get. Enoki and, I think, fresh shiitake were exactly à point: coloured enough but still succulent and juicy. There was a pleasing hint of smoke, plus plenty of butter across it all, soaking down and through the excellent sourdough.

I should disclose I’m going through a fresh eel phase, in part sparked by an eel and gravy dish I had at Lyle’s before Christmas, which was outstanding. At Fields, the thin, blushing pink fillets complemented the exotic mushrooms really well. There’s a common umami note linking the two ingredients, although the eel also brings a distinctive, saltier and fishier finish to the party too.

On the side was a light, aerated cream and a sprinkling of horseradish. I could’ve handled more of punch from that, and really the enoki base shoul’ve been trimmed. But those quibbles aside, this ‘on toast’ brunch option was as good as anything I’ve eaten so far this year. I suspect it’ll stay high up the list.

That said, the thing about umami rich dishes is they unleash the hunger hound, so I had to follow with something sweet. It was a shame there were no ‘peat smoked lardy cakes’ ready, but a bowl of the bircher muesli and rhubarb was far, far beyond a typical bowl of soaked oats.

The bircher itself was as I like it – a little loose, a lot cold, and threaded with just enough thinly sliced apple, but not so much as to make it a fruit salad. On top, you see stewed forced rhubarb, rose water jelly, some sort of custard or yoghurt, rose petal bits, a sprinkle of meringue for crunch, and then more crunch from a brown butter and vanilla caramel that had cooled and set as soon as it hit the cold, wet muesli. If Carlsberg made Eat or Pret’s takeaway bircher pots … they wouldn’t be this good.

So there you go. Stripped back and pretty spartan inside, basic (and currently pretty cold) outside, Fields is, at first glance, a random, quite bleak box set one hundred metres or so within a park. Look closer and you see the colour and beauty is in the food and coffee; I note that in addition to the two dishes I tried, I saw some perfect poached eggs topped with an ‘espresso hollandaise’, sitting next to thick slices of Hanson and Lydersen salmon, and sticky, crisp, thick bacon. Golden.

I should note that I’ve no idea whether the beautiful presentation and cooking continues on a weekend morning when there are more customers. But I’m happy to give them the benefit of the doubt and assume it will. They manage at M1lk.

So if you want an ‘Australian’ style brunch in London, this is already as good as it gets and, to be honest, there’s no reason spanking a grand and 26 hours of your life on a flight would guarantee you a better example. When the ‘test kitchen’ phase ends, I’m told there’ll be a supper menu too. I, for one, am very down with that.

£6-9 pretty much covers the brunch dishes. £2-2.50 for coffees and teas. Cakes and Anzac biscuits (including that lardy cake) are similarly priced.