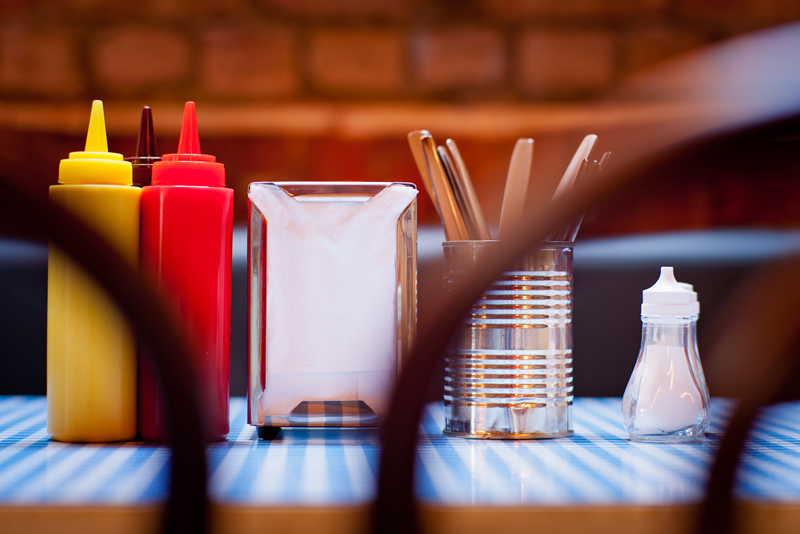 The easiest thing to write in an appraisal is that the person you are appraising lacks attention to detail. It’s one of those throwaway lines when you feel too busy to be constructive, or your own attention to (or awareness of) detail and effort is not firing on all cylinders. Or you’re just lazy.

Conversely, it is rare to really praise someone for having excellent attention to detail. Generally this is considered a base level of achievement, so why offer praise?

But, actually, such praise can be perfectly legitimate and should sometimes be given.  For example (though this is not an appraisal), it is clear that one reason the Polpo group owners Russell Norman and Richard Beatty excel in what they do is because of their frankly amazing attention to detail.

Until last week, my favourite detail in a Polpo group restaurant was not a particular dish, or the typically excellent service, but the old school pencil sharpener next to the front of house station as you walk into da Polpo. There’s a picture of it on my post here.

But whilst a vintage sharpener also appears in their newest venture, E.Mishkin in Covent Garden, it probably isn’t even in the top 3 details of this pseudo Jewish / Ukranian / Manhattan / Brick Lane diner.

Some people will point to the BBC radio booth at the back. They might also cite the budget cutlery and condiments and the chilled cans of Lilt, Coke, London Pride, Red Stripe and so on, which I think are a nice touch and bring out the whole cheap diner vibe.

But, no, the biggest win for me is the décor in the loos.

Partly because of the wallpaper (people with a Polish or Ukranian babcia will either feel right at home, or have that hot flush cold sweat moment as they recall the horror of compulsory Saturday language classes).  But mostly because of the soap dispenser. You’ll have to take a look when you go to see what I mean. Niche, I know, but ace nonetheless.

This is not frivolous comment to fill space; I think this kind of attention to detail is indicative of the level of thought that has gone into the offering. If the bogs have had this much attention, the rest of the place is likely to be rocking, right?

It comes as no surprise that, once again, these guys have created a super little restaurant. In the evenings the lights are low, the windows fog up and it’s hyper cool. During the day it’s relaxed, casual and hugely enjoyable.

‘Feels just like New York’ will be the most oft repeated phrase by customers sitting in Mishkin’s. I’ll have to go with the consensus view (to my shame, I’ve only been to New York once and that was on a stag do, so my memories are a little vague) and I understand it’s a complement.  But I wonder whether there are now enough places around that we can we start to say ‘feels like a great little London place’ instead?

I found myself trying both supper and lunch at Mishkin’s in short order.

Pick of the evening visit was probably the cod cheek popcorn: lovely little morsels of battered cod cheeks, freshened up and cut through by fine slithers of green chilli and and a squeeze of lime. We also shared oxtail ‘cholent’: rich, tender, slow cooked oxtail stew, with beans and a hard boiled egg that had been cooked with the meat. Seasonal ‘market’ greens on the side were really excellent. Pickled herrings served on a bed of minced beetroot were lovely and felt very Eastern bloc, but the probable visual appeal of the dish was lost in the dim light.

For dessert we shared … a Reuben sandwich. Not typical pudding material, I know, but I couldn’t really resist trying this well toasted sandwich, packed with pastrami, Swiss cheese and sauerkraut (shredded and fermented cabbage), served with pickled gherkins on the side. I’d be tempted to put the pickles and/or maybe a swipe of mustard in the sandwich from the start. But I can still see myself popping in for one of these and a can of something cold in the future.

We drank some good gin based cocktails (good on both the taste and strength front), and I appreciated the change to a French wine list from the Italo-centric lists at the other Polpo venues. Though that might have been because I arrived off the back of a 3 day course in French wine.

There was no chance of me and two of my brothers doing the whole sharing thing when we went for lunch a couple of days later – there’s a sense of ownership that develops over 20-30 years of sibling rivalry that prevents such behaviour.

One brother had the meatloaf – which I guess will become a signature dish (along with the cod cheek popcorn and the Reuben). Nice looking (and tasting, apparently) coarsely minced meat, densely packed together in a little loaf tin, with a perfectly soft boiled egg inside. It’s a Ukranian Scotch egg.

Another brother from the same mother chose the Big Apple hot dog, ‘dragged through the garden’. Some of you will be familiar with these utterly non-kosher beauties, having bought them on the street from the Big Apple guys at Old Street or Kings Cross. My brother had not, and so on his first bite had one of those When Hally met Sally orgasm / profanity moments. Which I understand was a good thing. There’s an argument that the cost of this hotdog (£9) compared to buying it at street level is a little steep. Maybe it’s £1-£2 high. But the sauerkraut and chilli garnish (the garden bit) was a nice little touch, and clearly there’s a premium to be paid for sitting in a well-designed room and being brought it on a plate.

I had the duck egg hash and gravy, which was really excellent. Plenty of slowly cooked duck, a little bit of potato and a perfectly fried egg on top. We each had a pudding too: lemon drizzle cake, warm chocolate cookie and ice-cream; and flambéed bananas. Like the hash, they were perfect Autumnal lunchtime comfort food.

And that brings me to a broadly concluding paragraph. I liked Mishkin’s that first night: great lighting and atmosphere, good service and more than decent food, as per the Polpo standard. But I loved it when I went again for lunch. This is a diner serving casual food: sandwiches, hash, sliders, meatloaf. Even the ‘all day supper’ food (cod cheeks, oxtail, herrings) are an informal supper at most. Which, for me, makes it prime luncheon to late afternoon territory. This doesn’t mean Mishkin’s is not a great evening – go and enjoy the grub whilst cracking into the gins – you just need to bear in mind the nature of the food. Maybe that’s just a personal view; ultimately it’s another top place, with great attention to detail.

£25-£30 per head for enough food and a couple of drinks. Less (i.e. £12) if you’re just going for a lunchtime plate of food and a wee thirst quencher. Potential for much more if you’re really boozing.

N.B. You can book for both lunch and dinner, but they also hold tables back for walk-ins too. So do try your luck, even if you don’t have a reservation. Whether for lunch or dinner, I reckon the optimum is to go as a table of 4-6 and see if you can’t get one of the red booths.

As is often the case when photos on my site are of a high quality, I am indebted to Paul Winch-Furness for use of his snaps.  Here’s a link to more of his brilliant studies of the detail and food on show at E.Mishkin. If you’ve a restaurant, you should consider getting him in.