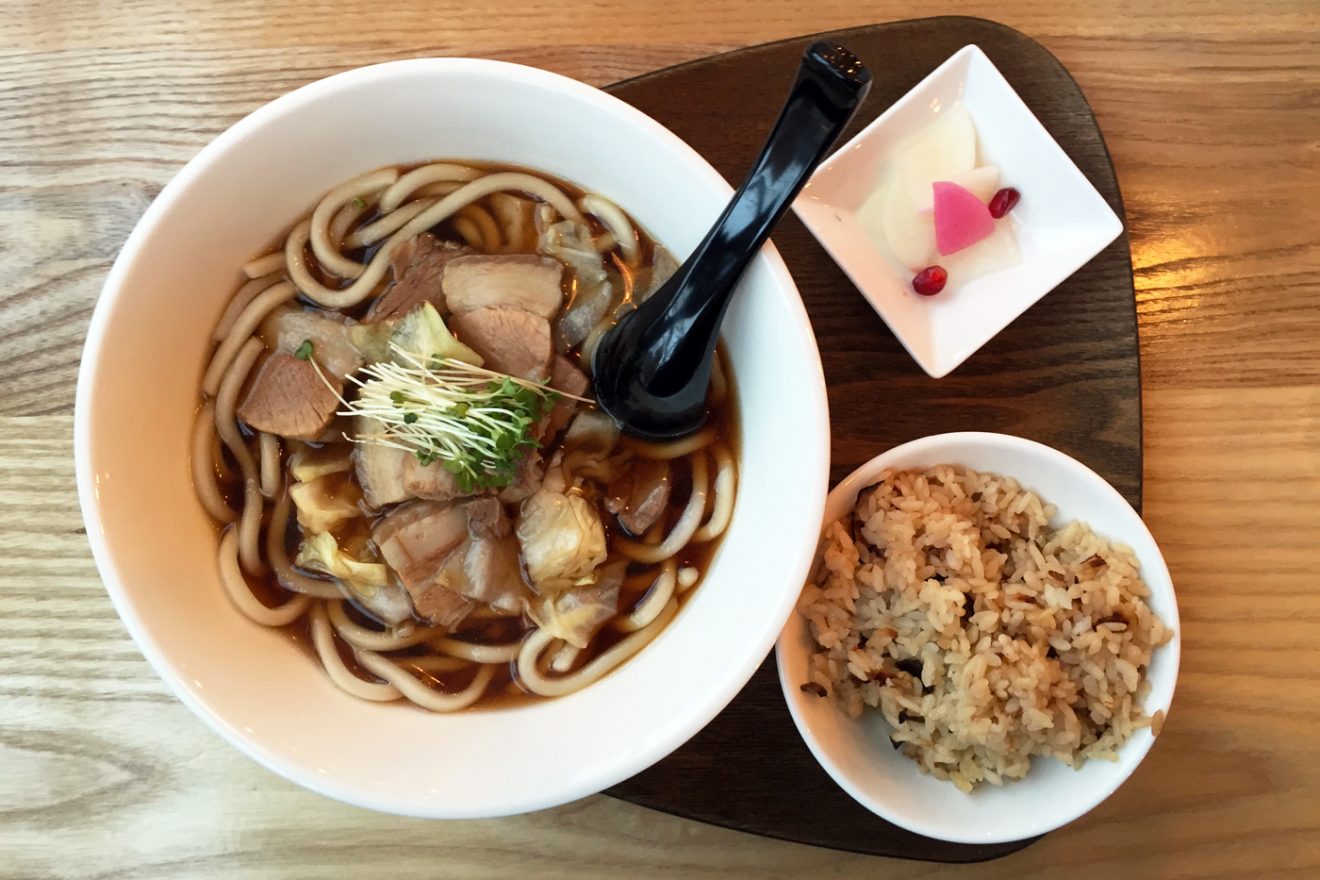 Towards the end of last year there was a(nother) wave of new ramen restaurants in London.

We got Kanada-ya. Which could very definitely have been a contender for the title of Best. It’s fully ‘authentic’ tonkotsu ramen, should that be what you’re looking for; there’s real depth and quality to the stock. But it also only has space for about 6.4 people and a 45 minute long queue snakes down St Giles High St for all its opening hours, so it is therefore disqualified.

Ippudo, just over the road, is bigger, makes really pretty decent noodles, and the stock base is never less than enjoyable. Problem is, they keep shouting at you and indeed every other person as you walk in and around the restaurant. Which will make you want to stab someone with a chopstick. So it’s also disqualified.

Another to arrive in the last quarter was United Ramen in Islington. More of a ‘fusion’ style mash of cuisines dumped in with some super noodles and a basic stock base than classic ramen. It’s fine and would be very welcome in an airport or train station. But it’s at the bottom of my London ramen list for now.

Despite the influx, then, my personal ramen soft spot still oscillates between Tonkotsu and Bone Daddies, both of which have also recently opened new sites (in Selfridges and Whole Foods), and will open more. That soft spot tends to change depending on whether I want a gentle, steadying eat (Tonkotsu), or a flavour punch in the face and 40 minutes of head banging (Bone Daddies).

Now the growth of both of these brands and the arrival of the others too is ultimately a good thing – ramen should be a convenience, not destination food. The thing is, throughout all the investigative and recreational slurping, one thing has remained the same: of all the noodle joints in all the town, I’d still rather walk into Koya.

Which is udon, not ramen. I know.

And it’s saying something, because I really do like Tonkotsu, Bone Daddies and Kanada Ya.

It’s just the quality of broth, the consistency in the regular dishes, the invention in the specials, the bite in the noodles … all of these things place Koya on a higher plane.

So I read with interest that there’s a new udon noodle place in town called Den. Could it be that my preference is not just Koya? Maybe, just maybe, udon (both the noodles and the dashi based soup they sit in) beats ramen?

Den is set in the old Prince Albert pub on Acton Street just south east of King’s Cross, which I’m pretty sure has been empty since Oliver Rowe’s ‘everything from within the M25’ experiment closed.

It’s a fairly spacious, bland, mostly white room, decked out with pale wood communal tables and benches and bright lights. I imagine the Pearly Gates branch of Wagamama looks similar. A bowl of calming noodle soup would probably be welcome whilst waiting for Judgement, I suppose. But through the gates and up the stairs I picture a more cosy, Japanese style udon bar – and I for one would prefer to wait to eat up there.

The menu is of the large printed A3 tablemat kind.

On one side, an explanation of Den’s soup base options (dashi, either served ‘white’, soya packed and dark, or vegetarian). There’s some noise, too, about their udon (hand made in house, low in calories).

On the other, a list of dishes. It’s largely udon (those there are some donburi rice dishes and appetisers too) and most are the hot noodle in hot broth style, though there are a few cold noodles with dipping sauce options too. All are described in fairly utilitarian and uninspiring style, which arguably requires more faith than plumping for an unknown quantity like buta miso hiya atsu – variations include pork belly and cabbage, salmon miso and Chinese cabbage, vegetable curry, mixed vegetable in thick gravy, duck and mixed leaves.

I ate twice at Den in quick succession. The first time, I was told that the pork belly and Chinese cabbage with a dark broth was the most popular choice, so went for that.

The broth was near scalding, which I felt might have accounted for the noodles being a bit too soft. Once the liquid cooled, though, it was a clean tasting and fortifying – a decent tasting soy based dashi, if perhaps a little one-dimensional after a while. Pork belly and cabbage kept me interested for just a short time, so I was pleased to have a little side of daikon pickles for an occasional burst of acidity. First impressions: nice enough, but nothing to get too excited about. Also, brown (see picture).

A couple of days later, we contemplated a few karaage and tempura nibbles to start, but dropped that idea once we found the chicken wasn’t free range. Shame. Instead, we cracked straight on with (she) a salmon miso and cabbage udon (white broth) and (me) the most interesting option on the menu: spicy cod roe, fresh eggs in thick gravy.

The salmon was simply cooked, the white stock tasty and umami rich, but again perhaps a little one dimensional without real depth of flavour.

My cod roe bowl was indeed more interesting. I thought, at first, that the stock with egg mixed through it was too thick, too gloopy. But it loosened up and kept me wanting more. It could have been much spicier, mind, and probably mixed through with more roe too. Again, enjoyable enough without being knock out, and, again, the noodles lacked Koya’s bite and integrity.

And that is probably the rub.

Den is perfectly decent. A good, cheapish and quick little lunch or supper spot if you’re in the area. But it’s not destination noodles and, unfortunately, whilst it’s fairly close to King’s Cross, it’s on the wrong side of current Granary Square developments. Den’s footfall is limited to momentarily lost Travelodge guests and hard up students looking for free food in trash cans.

Which means there’s still plenty of room for entries into the London noodle scene – whether ramen, udon or otherwise. There’s nothing wrong with Den adding it’s name to the pile. But Koya still sits at the top.

One thought on “Den udon”