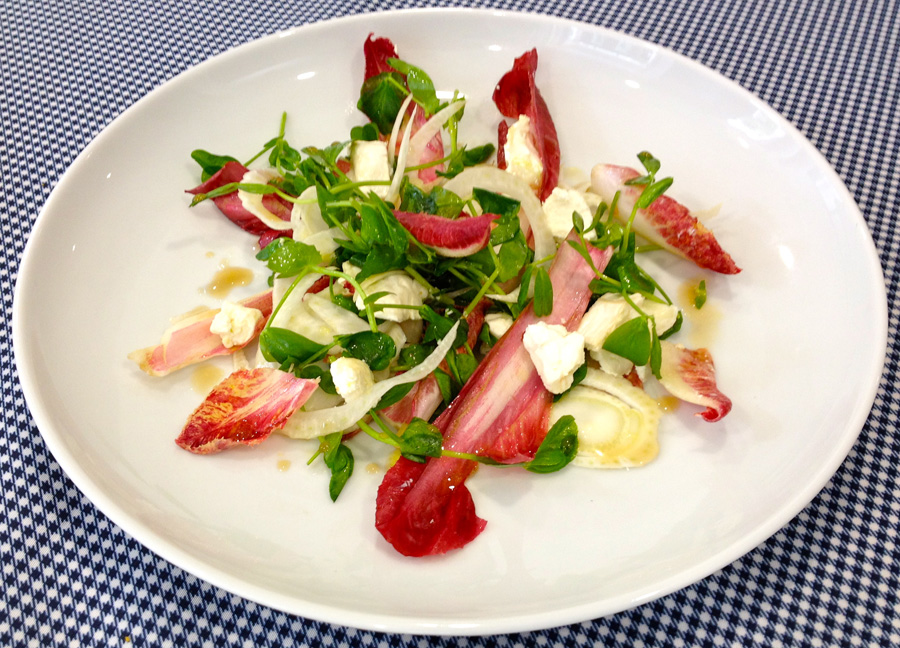 Three things I don’t like about preparing for a one or two night mass catering event:

Three things I do like about having catered for a one or two night mass catering event:

To date that planning and calculation has gone OK. On one night I massively over-ordered mackerel and foolishly accepted more lamb than ordered when the requested amount would have been correct. Apart from that (and a glut of kohlrabi that wasn’t on the plan and shouldn’t have been ordered), no terribly careless buying incidents.

This doesn’t mean there haven’t been leftovers to play with, though. Oh no. Over recent weeks there’ve been a few decent staff lunches at the #SupperclubSummit, using up the leftovers from the previous evening’s event.

The other day, for example, I particularly enjoyed combining the scraps of 3 different dishes from my Rollin Restaurant collaboration: some pea shoots and some raw fennel sliced as thin as possible on a mandolin (both from the cured salmon dish); baby red chicory and a sherry vinegar dressing (from the pigeon, blackberry and hazelnut plate); and torn-up goats cheese (from our molten goats cheese course).

I try my best to avoid the whole ‘this [insert type of leaf, brassica or root] is the elixir of life, I couldn’t possibly get through a year without feasting on it‘ vegetable hyperbole thing. But the combination of these ingredients was genuinely a revelation: bitter chicory was balanced by the sweet pea shoots and sharp sherry vinegar dressing, and complimented by the aniseed flavour of the fennel and the faint tang of the goats cheese. Win.

Next time this salad won’t come about by accident and, whilst it was great on its own, it will probably be served alongside some slow roasted lamb shoulder.

Come to think of it, I’ve got plenty of that in the freezer.

Salads don’t require exact quantities or methods (nor would that be in the spirit of this post).

But if you want a suggestion for where to start, I reckon the following would get you something along the lines of a side salad to serve four people.

Separate the leaves of two to three small red chicories, finely chop the central core, slice a small to medium fennel bulb on a mandolin, (or as thin as you can with a knife) starting with its base, season these with sea salt, coarsely ground black pepper and a dressing made 3:1 of good olive oil and sherry vinegar (shaken so that it emulsifies). Then chuck in some pea shoots and 70-120g of goats cheese torn from a log (one of the ones with a white rind). Eat. 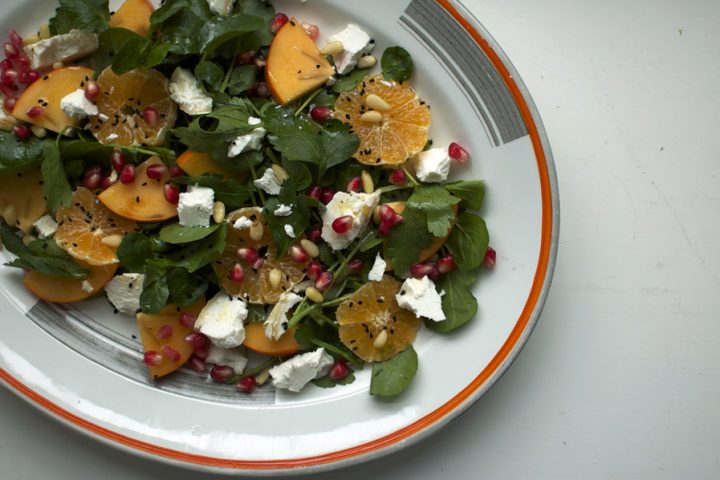 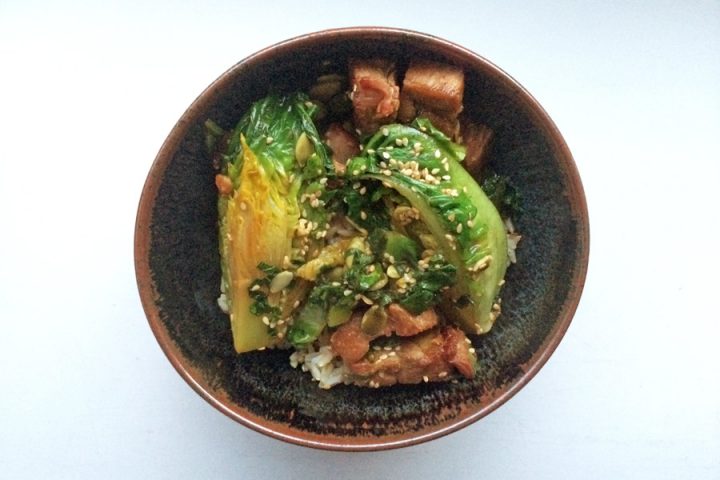