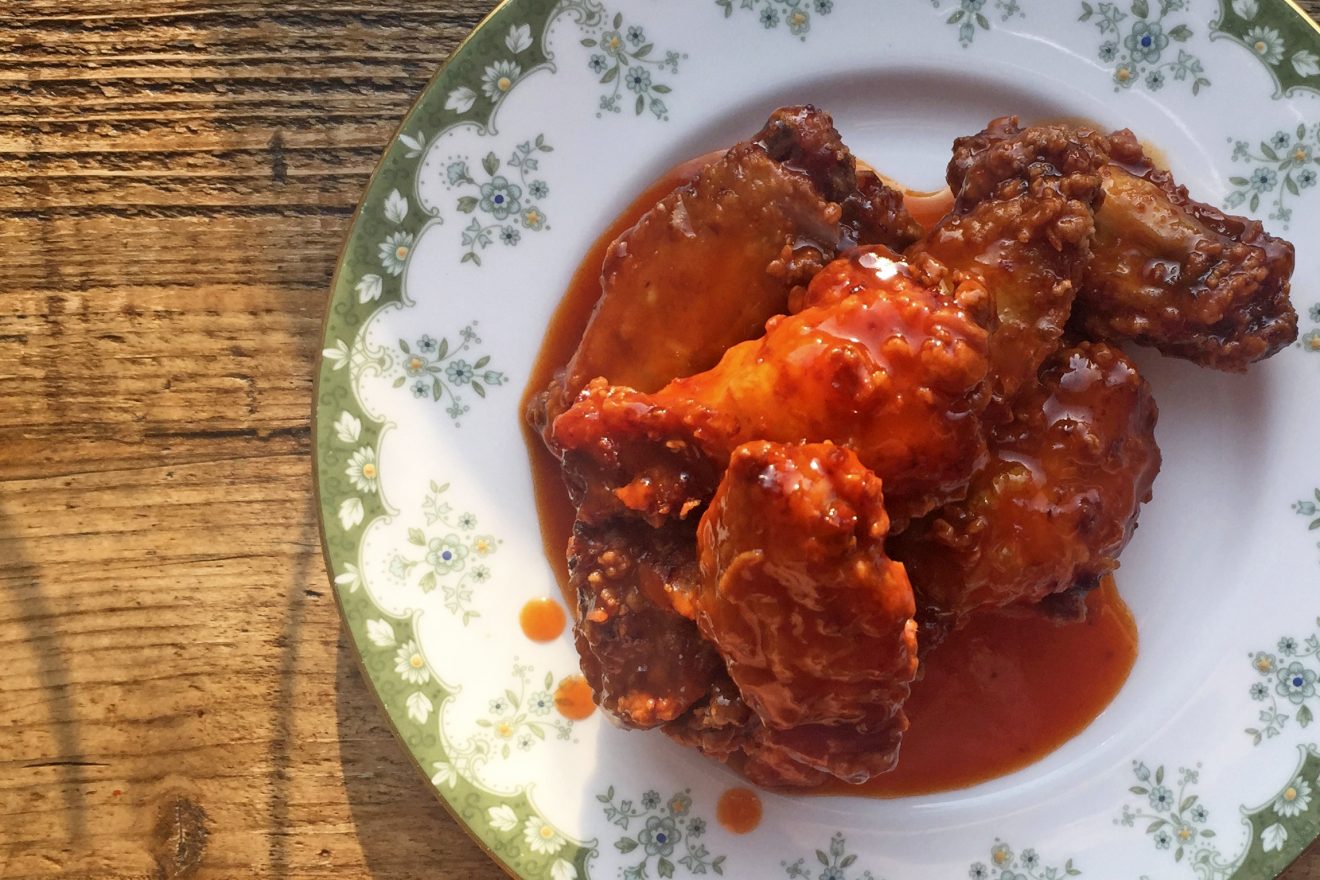 Of all the ‘dirty’ foods, fried chicken is the one I care least about. No buffalo wing has every been as finger licking as a properly oily, authentic Mexican street taco; I’ve never craved Southern fried chicken like I have pizza; and I reckon I would eat my body weight in burgers, pizza or pulled pork if it was socially acceptable, yet would happily stop before the end of a child sized portion of chicken nuggets.

If Southern fried chicken is your thing and you’re incredulous already, well, calm down fella. Maybe we’re both right. Each to their own and all that…

With the above in mind, it might surprise you to know that I’ve been paying close attention to Chick ‘n Sours – a fried chicken restaurant on the Kingsland Road between Haggerston and Dalston. You’ll raise a second eyebrow when I note that ‘close attention’ means I’ve now been four times, and I’m sure I will go again. In part, that’s because: local. But it’s also because: good.

After the second visit I figured this would be a ‘One Good Reason’ kind of post. I imagined I’d want to highlight my belief that the very best thing on the menu is the house fry with ‘seaweed crack seasoning’. I like this option in particular because the chunky but tender drumstick and thigh is the one thing on the menu that comes without an intense, sweet sauce. So you can truly taste the well sourced, herb fed chicken, and the perfectly crisp and crunchy batter remains exactly that throughout. It’s also served with a few chunks of watermelon; one of the few fresh and unadulterated things on the menu to counter all the fry (there’s nothing hot that isn’t battered and deep fried).

But on reflection and after further visits, to limit this piece to that dish would really just be a way of passing my prejudices and preferences on to you. It’d be better to consider the place in the context of what it is: a casual and easy, modern fried chicken shop.

Had I confined myself to an OGR post, I wouldn’t have been able to say that the disco wings are really spigging excellent. They’re perfectly tender (presumably from being brined) and surprisingly meaty, with a mega batter and a spot on hot sauce option – it achieves that balance of acidity and heat where you have to keep going back in to douse the chilli effect. Decent portion sizes too

Crunchy salads make particularly good side dishes. And that’s not something I would have written had I given myself fewer words. Chunks of watermelon sit with peanuts and coriander in a puddle of fish sauce (this is a good thing) and the yam and bean slaw with a ginger miso dressing and nori sprinkles is a really strong idea. Both are excellent with fried stuff.

In an OGR post, I’d have been forced to ignore the fact that Chick ‘n Sours Sichuan aubergines are ridiculously more-ish. Are they better for having been deep fried? I suppose their crisp edges are good whilst they stay that way, less once they’re soggy. In any event, after a while the sweet, sour, hot and tingling sauce is the only thing you’ll be interested in. Dip and lick your fingers or just drink from the bowl.

I probably wouldn’t have afforded myself the opportunity to balance a shorter and mostly positive write-up by saying that at times the place just feels a little too dark, and a little too loud, to want to stay for anything more than a plate of the disco wings and a cocktail or two (maybe that’s the plan). Nor that the Korean fried thigh burger doesn’t seem right. A modern burger, even a chicken one, is no place for wilting iceberg lettuce; I wish they’d just stuck with a crunchy slaw. I’d also hoped for more gochujang in the gochujang mayo.

There might’ve been silence, too, on the matter of both ‘guest fry’ sauces that I’ve tried. I want to say that each of the dressings/sauces have been too intense and too sweet to really let the thighs and drumsticks they came with be anything other than a vessel. But, actually, those (broadly Thai and Hunanaese) sauces were vibrant, fresh, the right side of filthy and generally very enjoyable; objectively there are flaws, but subjectively, well, order one more and pass me the napkins.

Chick ‘n Sours is just a chicken shop. I guess it’s not unusual in this genre for everything to be deep fried and the surroundings to be a little rough and ready (more Brixton than Broadway Market). But this chicken shop sits apart from most others because of the quality of the chicken, the crispness of the batter, and the vibrancy of their broadly South East Asian themed sides and dressings. Whilst I personally wouldn’t travel far for it, I don’t have to and you just might. So maybe I’ll see you there.