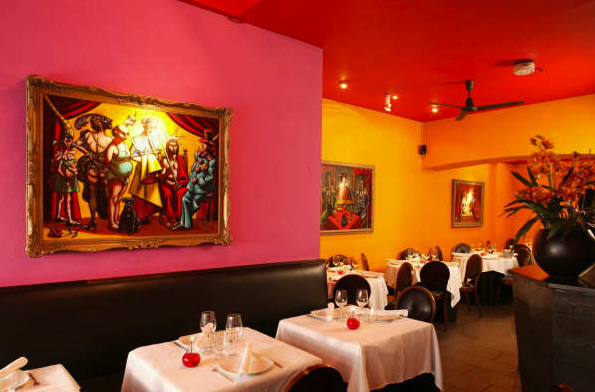 Cambio de Tercio is ‘one of those’.

That level dropped somewhat about half way through the booking process.

Eating as a couple, we were unlikely to exceed a two hour supper, but it’s always a bit off-putting to be told that your evening may be unwillingly cut short.

‘Er, OK. I was rather looking forward to coming. Could we perhaps have the table at eight?‘

Undeterred, I made a reservation for earlier than I wanted, and began to rebuild my enthusiasm by reading some positive reviews. It’s fair enough, I told myself: let them turn the tables, restaurants have got to make money to survive.

The evening arrived. One of those very rare Saturday evenings in 2012 when there had been a whole day of sun, the air was warm, and it felt totally appropriate to be heading to a Spanish restaurant. Enthusiasm was bordering on pre-booking levels.

We walked in off the Old Brompton Road and were promptly whisked through the sleek modern entrance to our table, situated in a slightly soulless corner at the back of the restaurant.

For the first time in my life I asked to move to a different table. That a move to a much better position at the front was no problem whatsoever made me wonder why we hadn’t been sat there from the start.

The food is ‘modern’ Spanish. Not tapas – there are other Cambio de Tercio group restaurants on the same street for that – rather, CdT does proper big plate food, with twists and techniques apparently influenced by Adria and co. It felt appropriate to try and taste as much as possible, and at £39 for 6 courses, the set menu was very tempting. So we went for it.

The first course of Andalucian chilled gazpacho, lobster and cherry ice cream arrived just moments after we’d been given two cheese crisp lollipops, alongside some OK rolls and before any drinks. A couple of pieces of lobster and a dainty quenelle of ice cream looked pretty before they were drowned by the pale gazpacho. I’m not totally sure of the quantity, but I’m guessing around 300ml of the stuff was poured in to each bowl, possibly more. The soup was nice enough to start with, but was a little acidic and ultimately overwhelmed the lobster and cherry. Half as much soup and it would have been an OK, relatively chic course. As it was, it was imbalanced and a bit sickly.

Our not quite finished bowls were whisked from us and replaced with ‘8 hours cooked tomatoes’, goat cheese and basil ‘caviar’. The tomato was brilliant. Totally amazing, actually. It was still relatively plump and moist given the 8 hours of cooking, and the flavour was fantastic. I suspect it had sat for that time in sweet Oloroso sherry, maybe some sherry vinegar too. Imagine intense roasted tomatoes infused with those reduced sherry flavours. Really gorgeous. The rest of the plate, however, was borderline pointless. Spots of gel-like goat’s cheese were too minimal to really add to dish. The spherified basil were devoid of flavour and felt very dated.

A beetroot salad followed in super quick time. This was probably the lamest course of the night. A few chunks of ‘clay baked’ but not especially tasty beetroot, bigger dabs of the same goat’s cheese as had appeared next to the tomato, some bitter frisée leaves, and another unsuccessful experiment with molecular gastronomy, this time in the form of a kind of beetroot mousse or gel. Purple blobs looked a little more modern than the ‘caviar’ but, again, there was very little flavour and they ultimately added nothing to what was really just a very basic beetroot salad. Fancy spheres, mousses, foams, papers and so on have got to taste good and enhance a dish, otherwise they are, at best, a distraction.

I think we took more than the allotted three and a half minutes to eat those salads because, as soon as we showed the merest hint of being done, our plates were replaced by the next dish. Grilled skate wing was meaty and well cooked, but also overwhelmed by the richness of a thick pork jus, and by pieces of trotter and ear that weren’t crispy as advertised.

‘Neexxt!’ Oh, wait, you’ve somehow already swapped our plates for dishes bearing the final savoury course? It was as if Speedy Gonzalez was running the pass.

Fillet of beef, bone marrow, potato and apple ‘millefeuille’ was probably the most balanced and complete dish of the evening. It was mighty rich, mind, and ‘millefeuille’ was the wrong description for vaguely gratinated potato and apple. But, anyway, apparently we weren’t there to sit and savour and think about how things were cooked. We were there to eat, nay, consume. Really, really quickly. Which meant that, less than an hour after ordering and well before kicking out time, we were given our sixth course. Sufferin succotash.

Labelled ‘Dracula’ on the menu, this was vanilla ice cream, red berries sauce and coca-cola ‘snow’. It was neither clever nor funny. Maybe it would have worked as a very small pre-dessert. But this was definitely dessert, and the sauce and granita were both sickly and there was too much of each of them. I have a sweet tooth, I love pudding, but I didn’t want to finish this. Not a very pleasant end.

The food had been disappointing. There were flashes of deliciousness: the tomato was one of the tastiest things I’ve eaten this year; the beef and marrow was spot on; and the skate and pork course was almost good, but ‘citrus’ vegetables that cut through the richness and balanced the dish were too few and far between. However the flaws lingered longer: the quantity of acidic gazpacho; the pointless ‘caviars’ and ‘gels’; the amateur beetroot salad; the horrible finale with the silly name.

Maybe the bigger shame, though, was the ‘vibe’ of the restaurant, right from the point of making a reservation, to the clearing of our seats for the next incumbents (I hope).

I’ve never been quite so rushed through a meal: there was barely an hour between gazpacho being poured and dessert plates being cleared. At one point I tried to ask a waitress to slow the courses down (again, a new experience for me), but she rushed off as soon as the plates touched the table. Even if the food had been immaculate, I would still have walked away a little bitter.

Would it have been better if we’d gone a la carte? Perhaps. Maybe the meal wouldn’t have felt so hurried, maybe it wouldn’t have felt quite so much like our dishes had been banged in half-hearted routine fashion. It is naive to think that a taster menu will be the best experience a restaurant will give you; I’ve been underwhelmed by the taster offerings of much better restaurants. But still, it was a shame and I’m certain their self-imposed sub two hour time limit was at the core of the experience.

Since going, others have insisted to me that Cambio de Tercio is good. So I could finish by saying that I know there’s top food to be had and perhaps I was unlucky (not least because I thought their sister restaurants Capote y Toros and Tendido Cuatro were decent). But, actually, I’m not so sure. There were enough flaws to make me think otherwise. And anyway, given the less than endearing service, I don’t think it’s ‘one of those’ restaurants I’ll be rushing back to to find out.

£100 for two with service. One glass of booze each.

The 2012 Observer Food Monthly awards are open for nominations. Have a look at the various categories and nominate who, what and whichever you wish here. 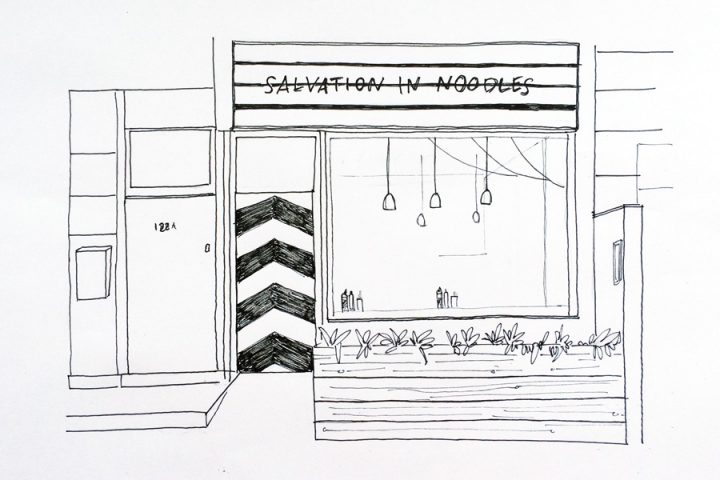