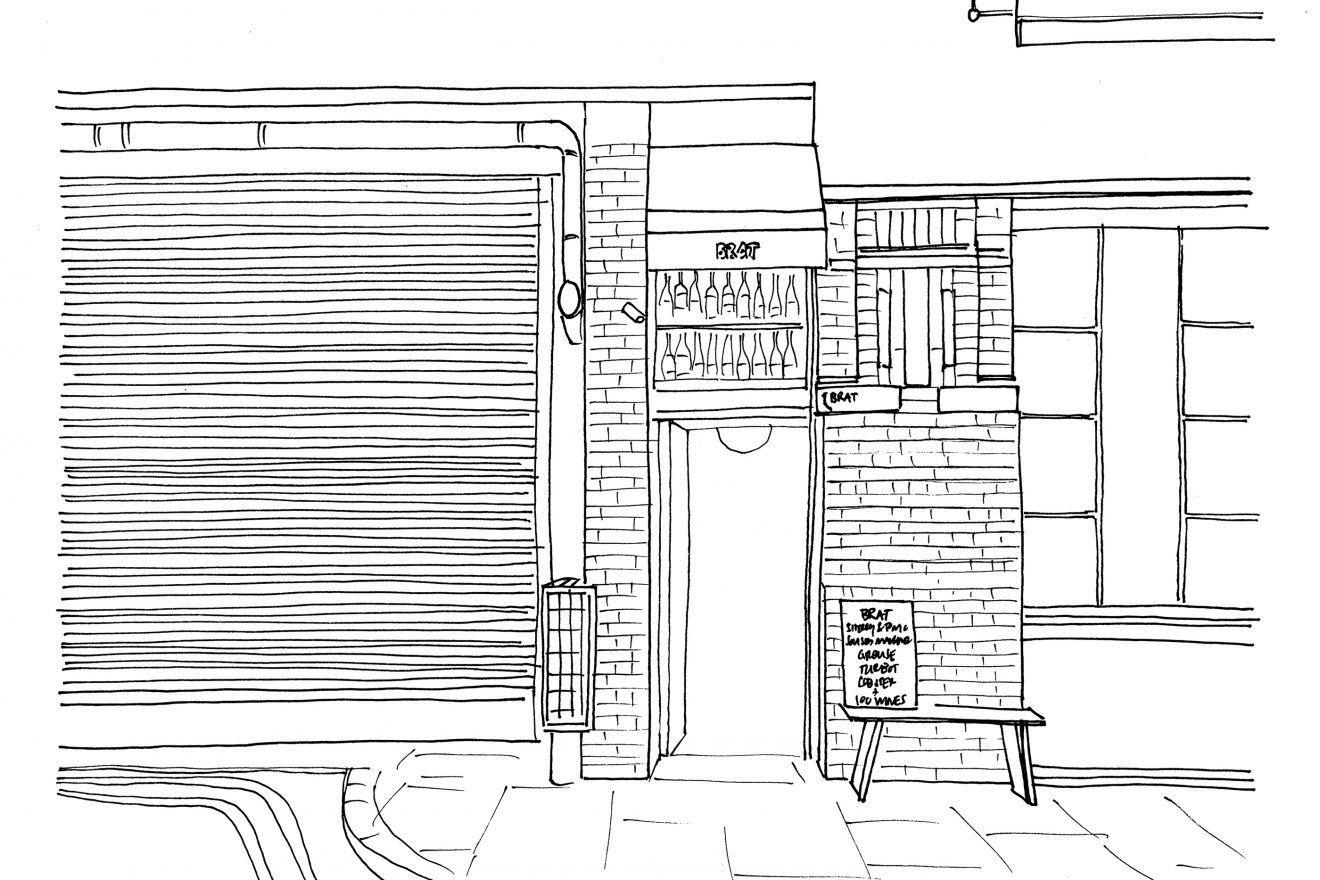 When should the critics review restaurants?

I suspect most would publicly proclaim that it’s not about who writes the first appraisal, but about who writes it best. Privately, though, they’d surely admit they feel a sense of urgency to get to the good ones early. It’s all very well writing the definitive and funniest piece, but if online clicks have already begun to taper through repetitive name-dropping injury, then what’s the point?

It seems to me that at present we’re going through a phase of the national reviewers pretending to ignore heavily PR’d and anticipated London restaurants … but then all rushing to be the one to anoint the relatively predictable “game changers” (see the proximity and multiple of review for the likes of BRAT, St Leonard’s, Hide). What does this mean for the readers and indeed restaurateurs? The critic’s experiences are inceptive ones, yet their words hang around on the internet indefinitely, and possibly misleadingly.

For many chefs and patrons the reviews come too early (unless or maybe even if it’s a glowing one): it takes time for a restaurant to bed in, for supplier issues to come to pass and be resolved, for staff to be cooking from the same book and singing from the same hymn sheet.

From a consumer and perhaps cynical perspective I’d add that these days not only does it take a little time for the restaurant to bed-in … but also for the original creative forces to take the premeditated step-back so that they can get on with opening the next one, and/or their burgeoning media and commercial career. No begrudging that. Save that so much of the PR and subsequent press is based around the rock star head chef, the sommelier that worked at XYZ, the front of house who’s everyone’s best mate.

It’s a tough business these days, and much of what makes a restaurant the necessary 10% better than its competition, boils down to the people in the kitchen and on the floor. What if they’ve moved on by the time Joe Public gets to go? In fact it’s guaranteed to be the case at many of the higher profile openings — there a number of groups with specialist ‘openers’, and plenty of familiar, experienced safe hands for hire who have become specialist consultants for the first few months of a new restaurant.

When should the critics review restaurants? Probably the same time that they do now. But wouldn’t it be great if they had the time, budget and inclination to return for an update six, twelve or twenty four months later?

Okay okay: I wrote the above in the hope it makes the next few words about BRAT vaguely relevant.

Tomos Parry’s open fire restaurant above Smoking Goat in the Tea Building (the same building as Lyle’s — what a trio) was reviewed by Fay (Evening Standard), Tom Parker Bowles (Daily Mail) and Keith Miller (Saturday Telegraph) within its first week of being open. Reviews by Tim Hayward (FT Weekend), Jay Rayner (Observer) and Giles Coren (The Times) were published within a month (so probably handed-in week two). Which is a full house as there’ll be no Grace (Guardian) or Marina (Sunday Times) because of Jay and Giles.

Hey, I went early too! Before it’d had opened nah nah ne nah nah &etc &etc. And what the pros said was all true: “at night the place gleams in a particularly enticing way“, “the food was seemingly effortless and utterly lovely“, “the potential to be a classic“. Indeed the turbot was gently cooked, tender, sublime in all its gelatinous liquor; the aged beef grassy, utterly bovine and perfectly a pointe; the just beyond room temperature tomatoes acidic, fruity, as flavourful as tomatoes can be, and ultimately a deceptively mighty side.

But, but, taking a few steps and months back, was this whole thing about simply cooked meat and fish served with simply or not even cooked vegetables a case of the emperor’s new clothes? Isn’t it just a colder, greyer, smoggier version of Donostia’s Elkano (turbot) Bar Nestor (steak and tomatoes) and La Vina (cheesecake)?

Lunch in mid October (so a touch over six months in) would suggest otherwise. In fact, I think Brat’s much better than the initial impressions suggest.

In part that’s because of an extended menu. To the turbot and steak (and maybe a couple of other options) on the early menu, there’s now whole John Dory, Sole, whole mallard, grouse, lamb and roast duck too; the inspiration is Basque, but the focus is on outstanding British meat and fish. There’s options for every taste and a range of bank accounts, though perhaps a few too many pairs taking down the whole ‘brat’, which I suspect leads to rather too much waste of such a princely fish.

This pair enjoyed a perfectly cooked John Dory and the smallest beef chop on offer, tomatoes that, remarkably, were still very fine indeed (can they bridge the gap from these all the way to the first Carmones and Marindas of winter?), a wild leaf salad with multiple layers of hot, grassy and citrus flavours, and devilishly smoked buttery potatoes. Those things were all straightforward, confident expressions of the base ingredient. And all the better for it.

Flair comes at the appetiser stage. Again, there’s a huge amount of choice here now (if anything too much, yet very little for the vegetarian). Our whetters were piped cylinders of whipped cods roe; chopped egg seasoned and elevated with saline sprinkle of bottarga; and a frankly outrageous, round pillow of charred bread, soaked with butter, holding a puddle of gently sweet honey, topped with girolles and a blanket of grated truffle. Fnnnnar. I need a nap just thinking about it. On another day we might’ve chosen mussels with trotter sauce, spider crab salad and soused mackerel and they would have struck the same balance between creativity, flavour and delectation.

Actually the really outstanding element was the level and refinement of the experience beyond the food. This is a serious restaurant, yet a truly unpretentious and enjoyable setting. Most of the faces were familiar from day 0 — you’ll see manager Kiloran and sommelier James mentioned in those early write-ups — and though this restaurant’s rock star Tomos looked to be down for the evening shift, others in the open kitchen remained the same, just empowered and confident in the open setting. Newer members of the team impressed too. Attentive but never oppressively so. Knowledgeable, helpful, normal. It feels like they’ve taken the accolades to heart and are desperate to not just live up to hype and expectation, but to exceed it. And I actually can’t think of another place in London I’d feel more comfortable recommending to a wide audience. This is business lunch, it’s celebration meal, it’s group catchup, dinner with parents, dinner with partner’s parents, dinner for friends of your friends and for friends of your parents, one of the “gimme your top three places I gotta visit when next in London, Engerland” kind of places. So long as the recommendees are omnivores or at least pescatarian.

Those keeno critics were right, then.

So when should the critics review restaurants? In the case of BRAT, it doesn’t really matter — though it’s still worth returning to every six months or so; for reasons of pleasure alone.

With just a couple of glasses of wine, appetisers, those mains mentioned, plus a really very good smoky creme caramel, lunch was about £55 a head. 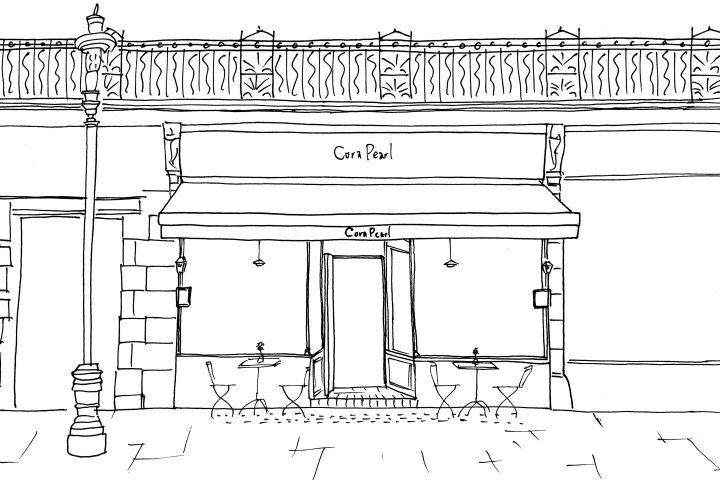