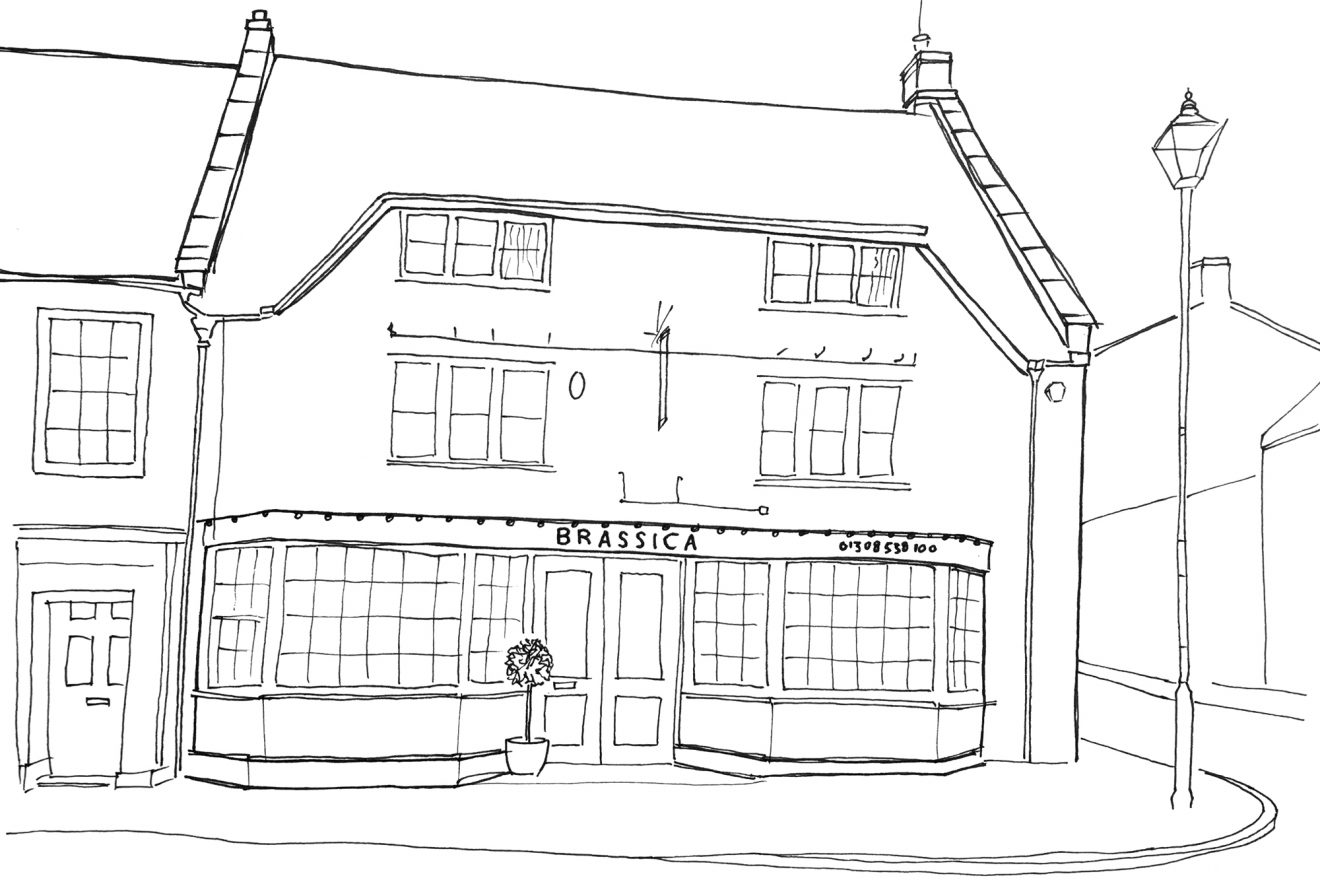 It’s the same old story on the new restaurant front: I make it fifty so far this year (via Hot Dinners), yet when I count the places I actually want to go, I have both thumbs and two or three fingers spare.

This doesn’t mean things don’t feel pretty rosy right now. Because if I could be bothered look at all the restaurants that have opened in, say, the last five years (the amount of time I’ve been logging this waffle on the web), then I’d find ‘the scene’ to be really quite good. It’s not just the thirty or forty genuinely cracking additions, but also the fact the base level has massively improved too.

How has this happened? Well, clearly there’s loadsa money flying about. It also helps when you start from a relatively weak position; it’s easy to improve on mediocrity. Both these factors are quite negative, though, so I’ll suggest one that’s more positive.

Which is that London is a clucking brilliant, cosmopolitan city, where new ideas and cuisines are not so much embraced as manoeuvred into a (loving) Full Nelson. We clamour after everything, so we get given everything. And do you know what? If it’s almost as good as the hype, it’ll still hold our attention when the next sparkly and exotic thing comes along. Stick that on your steak frites, Paris.

HOWEVER there is no way, I’m sad to say, that we’re going to get a restaurant like the one I visited the other weekend in New York Portland Copenhagen Tokyo Hong Kong Melbourne Amsterdam Sao PaoloBeaminster, Dorset.

For in Brassica, you have an experienced, service-hardened chef patron, cooking his whassocks off with just one apprentice for support. Which means the bloke with the name in the press release isn’t just wiping, drizzling, directing and managing, he’s cooking on the cold, fish, meat and sauce sections too. He is the kitchen. Also: cheap.

The room’s bright and airy, cheerful and modern enough, whilst still suiting the surrounds. It wouldn’t do to be industrial notbovvaredactuallyreallybovvared chic down here. Service matches the decor.

I visit on Mothering Sunday, and my friends (who have gushed about the place for a few months now) keep apologising that the menu’s on the ‘safe’ side as a result. Which is nonsense. It’s just short and sweet and three courses for £24, including options like grilled hake fillet with puy lentils and wild garlic, crab arancini with brown crab aioli. The roast (because Sunday) is hogget, spuds and kale with anchovy butter. To my mind, there are few better combinations.

That menu changes daily, but there’s clearly a formula. Which is basically four or five tasty starters, mains and desserts, plus interesting temptation, divided by a factor of local people. When not on a prix fixe, starters and desserts are £6.50ish, mains about £16, so £25-£30 for three courses.

I assume, when it arrives, that the highlight will be agretti (monk’s beard) bruschetta draped in lardo. I mean, look at it. The marsh grass is at the very last point of al dente, which you need it to be when it’s on sourdough toast. It’s vibrant enough and with a bite, but comforting too. As, of course, is the well balanced cured fat, slowly rendering into the warm tangle of green. We order a second for the table before a bite has been taken.

But then, crab arancini are generous, sweet and savoury, lip smacking fodder and the hogget is strong too. A bit of leg, I think, still just blushing pink in the middle – probably medium to medium-well as you look at it, but surprisingly tender and moist to eat. Brilliant, brilliant lamb flavour. First class roast potatoes. #hashtagkale.

Even so, a mound of fore-rib (a tagliata for two) fully eclipses the sheep. Here is an almost unnecessarily large platter of locally farmed Hereford cow, perfectly charred and evenly pink through the middle. Juicy. Flavoursome. Flawless seasoning. Just flawless generally, in fact. If this was served up in Shepherd’s Market for the equivalent of £15 per person, ruddy cheeked Dave wouldn’t just visit once, he’d be there every night. This picture gives you some idea of the joy.

There are decent desserts for those that can manage (was it a blood orange bakewell? I can’t now remember), a quality cheese plate, and well sourced wine that feels like the mark up has been accidentally set too low …

And yet, with hindsight, I now realise the best dish was the simple tranche of perfectly cooked hake, sat on top of a bed of puy lentils that had been cooked in basic vegetable stock, seasoned to perfection and stirred through with exactly the right amount of wild garlic. Ramsons are de rigour right now in the big smoke. But this wasn’t fad cooking, rather it was time and place in the truest sense. On our walk to the restaurant we’d seen more of the stuff than we had blades of grass; you don’t ‘forage’ for wild garlic in Dorset, you fall over it.

The chef patron, by the way, is Cass Titcombe. One of the original trio behind Canteen; a restaurant group that has, ironically, served me the two shittest, most underwhelming meals of the last three years. He left the group in 2011, so maybe that explains things.

Canteen began as a great bastion of modern British food. Way back in 2007 (Google it – it’s like eight years ago) they coined and demonstrated the buzzwords we now see in the PR of every new restaurant that isn’t a Japanese Korean funk soul diner. They also provided the model at which eighty per cent of the openings I mentioned at the top are aiming: create a great, hyped first restaurant; develop mini chain; cash out.

Brassica is Canteen all over again, except it’s not scalable. Which is why it won’t open in London. Nope, this is Dorset. Where ‘fresh’, ‘seasonal’, ‘honest’, ‘locally sourced’ and ‘handpicked’ are things not words. The London pound stretches a long way over one meal, and the cooking and hospitality, whilst nothing more than a soulful nurturing of quality ingredients, isn’t diluted by line chefs and growth strategies. Proper job.

It wasn’t quite diddly squat after a couple of bloody Mary’s, beer and wine (plural) were involved. But you’re basically looking at £25-30 of your London pounds for food. Often sub £20 prix fix option too.