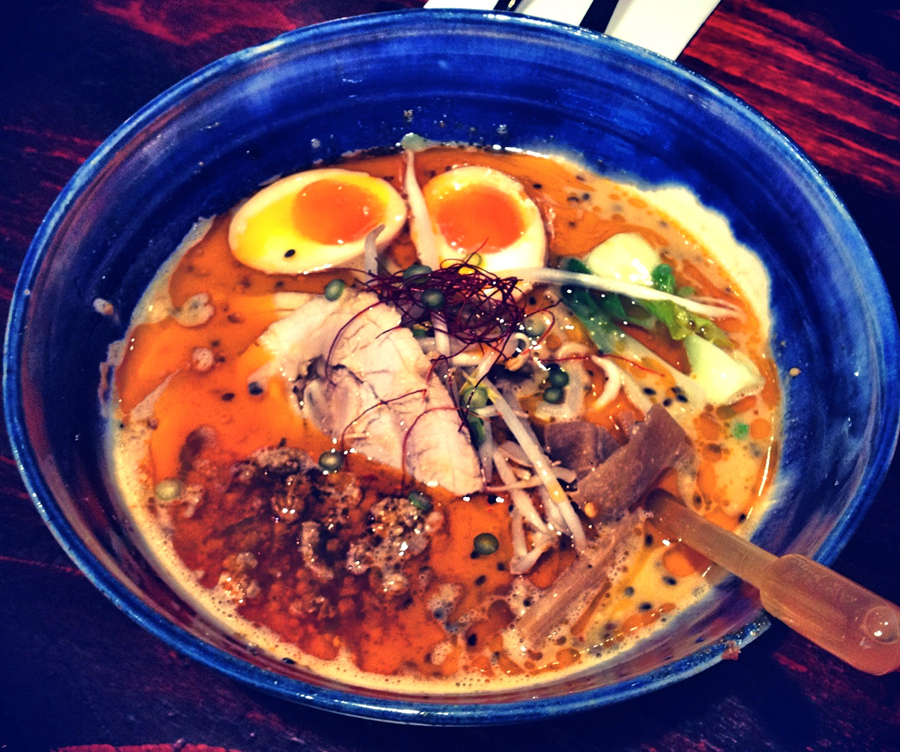 This is another of those short noodle ones.

Which is not due to lack of inspiration, more because the whole second half of 2012 ramen thing, and the existence of this place, has been well documented elsewhere. So see this as much a nod in the direction of another enjoyable new Soho restaurant, as it is a review.

There are a few appetisers: salmon and yellowtail sashimi and soft shell crab are good. But really it is just ramen. Which means hearty bowls of stock containing ramen noodles. Not buck wheat, not rice noodles, not udon, just ramen (the super and pot noodle style wheat based ones, if you’re trying to picture them). The best places for noodle soup, now, are specialised. If you are somewhere offering multiple types, you are in a Wagamama and your group’s food might not come at the same time.

Whereas Tonkotsu and Ittenbari have just a few different options, Bone Daddies offer seven different combinations of stocks and garnishes. I’ve run through four of them now and my favourite remains the one that caught my eye first: the Tantanmen. This features a gloriously rich and fatty stock with a good chilli kick, minced pork and a little piece of bok choy – so you can feign healthiness whilst you squeeze extra fat in via their 50p pipette option. I can confirm that the Tantanmen is not just delicious, it is also the perfect medicine for early onset of Man Flu (don’t worry, I’m pulling through – but thanks for your concern).

Their tonkotsu was pretty good. The pork stock (20 hours brewed, apparently), had a lovely viscosity and was plenty porky, if a little one-note. I liked it more when seasoned with a small dash of soy, a grinding of sesame seeds (love their sesame grinders), and a touch of chilli paste. But that may be why the condiments are there. The 3 miso, T22 with chicken skin scratchings and Tantanmen 2 are all worth a look-in too.

The ramen noodles do the job and it’s been a large portion each time so far. The gooey soft boiled eggs (a feature of all the dishes) have been excellent on each of my visits – their vivid orange yolks suggesting good suppliers. I recommend the fat pipette and ‘cock scratchings’ if you fancy pimping your order.

How does Bone Daddies rank in comparison to the other ramen joints? For me, it’s a close run thing between it and Tonkotsu (well above Ittenbari and I’m yet to go enough times to Shoryu to judge it). I rather like that there are a number of different ramen options at Bone Daddies, that you get two not just one egg half, and special mention should be made of their excellent and superbly camp manager. But on the flip side, it’s a close run thing between the best options on both menus and I prefer the décor and overall feel of Tonkotsu. Perhaps Bone Daddies just edges it, though you’re going to have a satisfying bowl of ramen at either.

Koya is still the best Japanese noodle restaurant in London. By a long way (pound for pound it’s one of the best restaurants in London full stop). But then, Koya serves udon noodles, and apparently it’s all about the ramen right now. 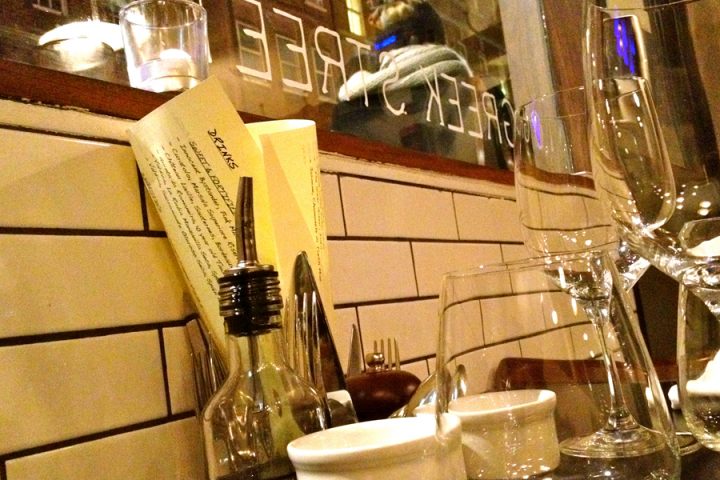 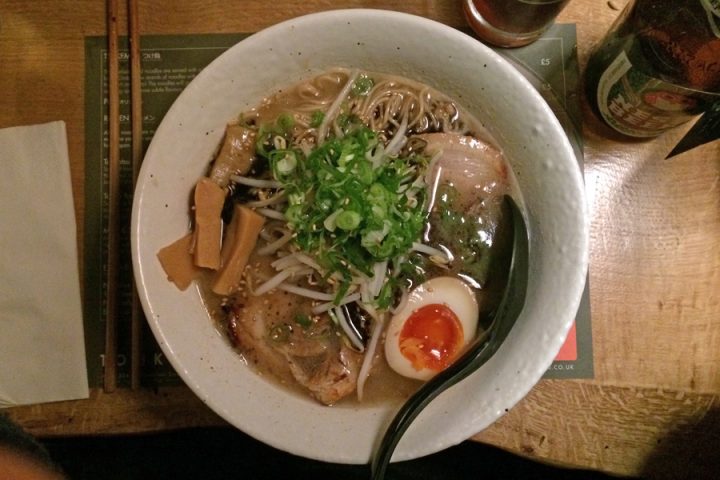