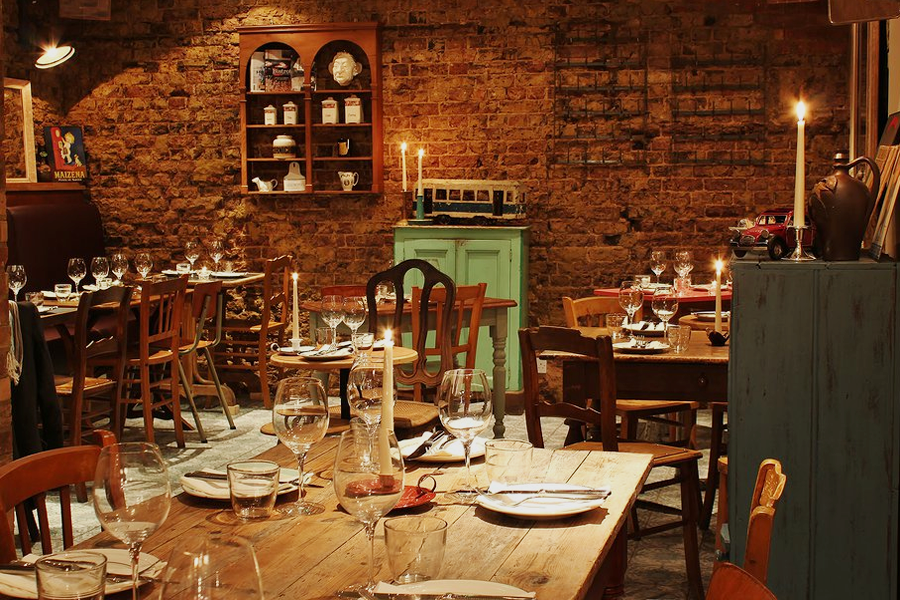 God bless the tube workers! Praise be for whatever they were staying at home for. Oh, and three loud cheers for Bob Crow and his council house – what a total legend.

Because, at peak time on Tuesday night, I waltzed very easily into a normally busy, difficult to get into, newish Soho restaurant. Super stuff. Cheers lads. You saved a whole load of waiting in line on my part. When’s the next strike?

Of course it was sad to see apparently reserved seats stay empty throughout our meal, and I felt for restaurateurs over the last few days. I wonder if any drop in trade could’ve been avoided if centrally based Londoners ignored the more sensational reporting or walked a mile or two further than usual. If you were queuing at a bus stop between 7 and 9pm this week, just think where else you could have spent the time …

For me, it was Blanchette: a bijou spot, which appeared on D’Arblay Street at the end of last year. Essentially, this is a fairly simple restaurant serving relatively old school French food – charcuterie and terrines, cheeses, mussels, braised lamb, ox cheek Bourguignon. There are, however, two key and thoroughly modern features.

The first is the room. Which is really, really, really Zoolander good looking. There’s a super cute back room, all exposed bricks and assorted paysan (but chic) furniture. The bricks, by the way, feel organic and comforting, rather than forced and trend chasing. At the front, a bar area is replete with rather a gorgeous mural on the walls and a decorative tiled floor. I thought it a very enjoyable place to sit.

What’s that, you were standing in the rain at a bus stop all this time? Sorry, I’ll move on.

The second characteristic is that those relatively old school dishes are (of course) served in small portions to share. ‘Tapas’ is not a good descriptor here. A better point of comparison is, as a friend has pointed out, that Blanchette is a French version of Polpetto. I think that this is a selling point: the fact you can try lots of pretty good dishes, in this particular instance, results in a better eating experience than if you had been limited to traditional starter, main and dessert versions of the same food. The variety is pleasing.

Two of us took down a decent terrine, a rustic leek vinaigrette and a salmon tartare dressed with crème fraiche and dill. No twists, deconstructions or reinvention of any wheels here. All just nicely done, well seasoned food. Sometimes plain vanilla is the right choice.

The warmer dishes were more ambitious (but not too overly so). I thought grilled gurnard with braised lettuce and brown butter was spot on. As was a round of braised lamb shoulder, which sat in a rich jus and a puddle of pureed onion (soubise sauce). Lick the plate clean stuff. No frills or glamour, but properly cooked, very warming and perfect for this time of year. Again, to think people were sitting in traffic at this time?

Grilled onglet with snails en persillade, salsify chips and a red wine sauce may have been the most adventurous of the dishes we had, but also the only one I found disappointing. It was tasty, but, really, the persillade and red wine sauce were too dominant; and totally overwhelmed what is usually a flavoursome meat, let alone those poor snails. Incidentally, this was also the only time I felt that the small plates were actually just a bit too cute – the few, very thin slithers of a cheap cut felt a little mean.

Still, a carafe of zippy house white and a couple desserts – salt caramel and ginger crumb rice pudding and a plum financier with cinnamon custard (not enough spice) – tied us over nicely before we breezed home as easily as we’d sat down.

The food won’t blow many minds, but if you’re looking for an enjoyable, convivial spot, Blanchette is a good option. We spent about £35 per person and felt pleasantly sated. If there’s normal service on the tubes, it would be worth calling to reserve a table in advance.

The dishes average out about £6.50 each. Think 3 per person plus dessert. Add a couple of glasses of wine and service and that’s £35-40 per head. Obviously more if you go larger on booze.

There’s now a weekly newsletter for the blog, which brings together the latest posts on Rocket and Squash and a few other things from elsewhere that you might find interesting. Here’s the most recent one. It will be published every Tuesday. If you’re not already an email subscriber, look down and to the right a bit and fill in your details. 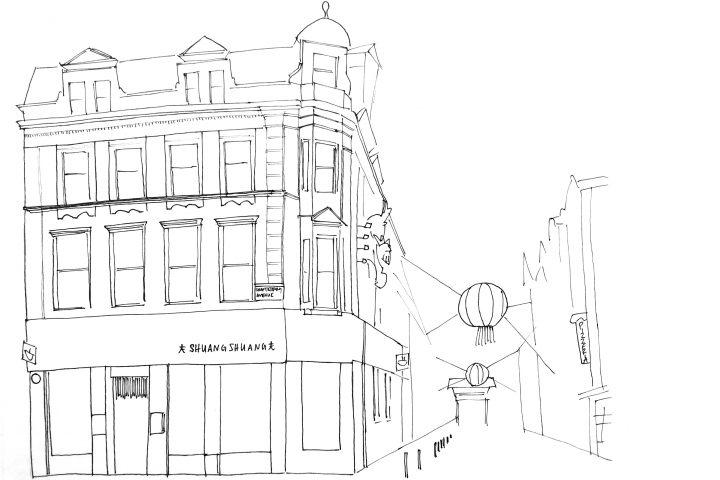