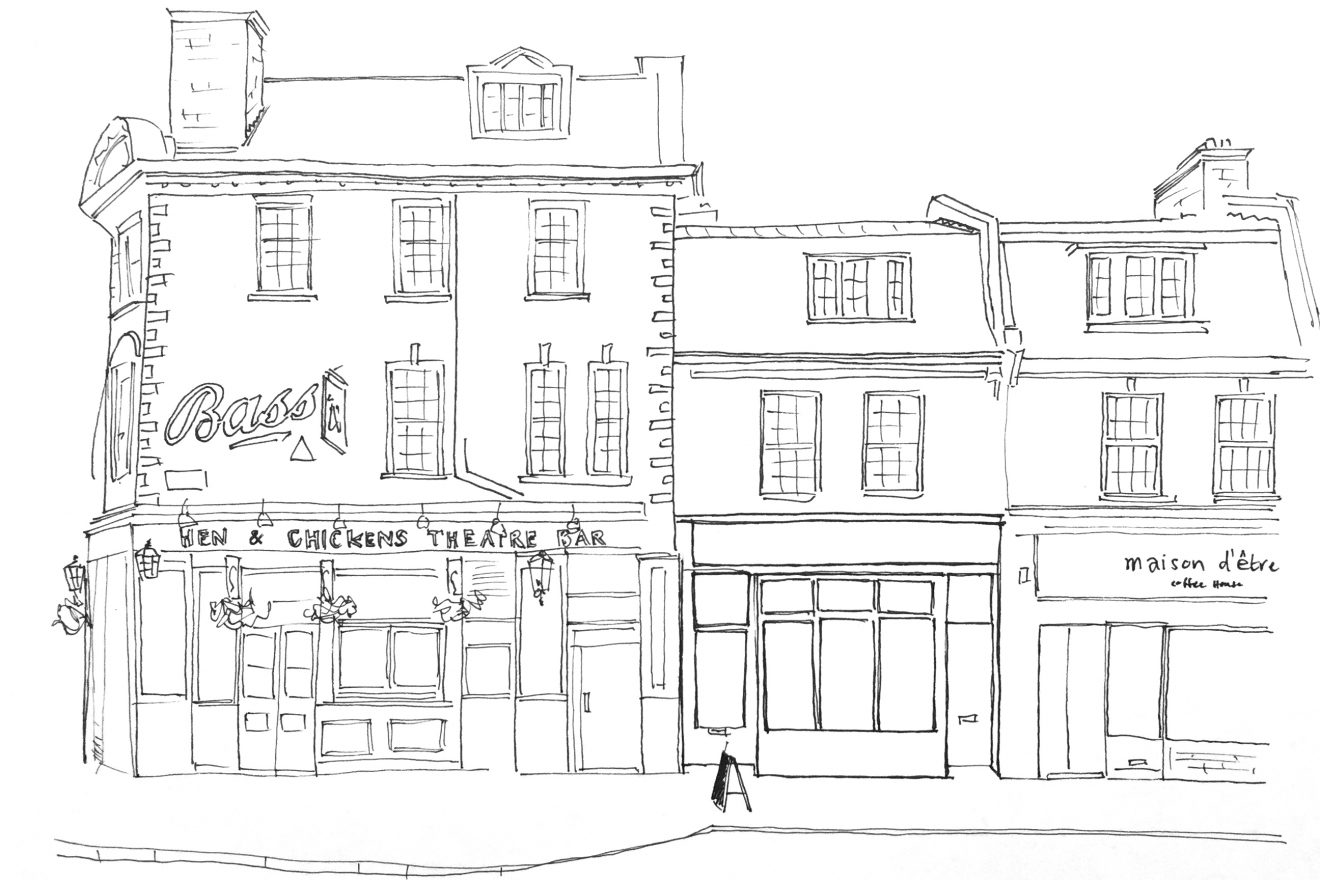 I can count on the fingers of one hand the number of truly memorable kebabs I’ve eaten. Possibly even three fingers.

Which is not to say I haven’t eaten some decent kebabs. Rather, that bread wraps filled with oily, greasy, utterly delicious meat scraps, chilli, pickles, spicy bits and other unidentifiable things are one of food’s ultimate time and place treats; it’s just that particular time and place is generally not one that’s easy to recollect.

One of those finger counts was chalked up last Thursday. Another, two days later. Both whilst I was sober, and both at the same place and of the same format: the Black Axe Mangal ‘Mission Chinese Wing Spice Doner Kebab’. A mouthful, in all senses of the word.

The bread, cooked to order in a heavy metal tagged black pizza oven, is pillow soft and flavourful; enriched by potato and wholemeal spelt in the dough. On top there’s shredded lettuce and pickled cucumbers, but also a zingy tahini mayo, and then doner kebab meat like you always imagine it to be on the first bite – but without the delayed aftertaste of regret, shame and dead badger. Who knew that lamb’s tongue was the meat filling we should’ve been ordering all along??

That crusty but soft offal topping is a game changer in itself, but it’s taken to a new league by a liberal dusting of the dry spice rub that Mission Chinese Food throw on their chicken wings. The soft beige powder looks a bit like a cremated relative, but it has a remarkable, lip tingling, tongue numbing, I need me another bite effect. Sichuan peppercorns, cumin, fennel seed, plenty of salt … so good.

I think there were other things on there too. Possibly some deep fried onions(?) Definitely a load of rare-ish ox heart, which provided an excellent contrast to the softer offal. The latter was an opening night treat from the kitchen, but there are whispers of an In and Out ‘animal style’ under the counter pimping options. No idea whether there’s a code word yet, but if you don’t ask, you don’t get.

You need, I suspect, a few background details – the what, the where, the who and the why.

Black Axe Mangal is a small, I dunno, diner/eating bar/casual restaurant on the south-eastern side of Highbury Corner. Its black gloss painted surfaces, graffiti covered floor, aforementioned pizza oven and heavy metal soundtrack point to an impressively stubborn two fingers up to trend and a decision to keep it personal.

Despite my waffle about the doner, it’s not a kebab shop; the ‘mangal’ in the title probably is only a third of the story. Better, I think, to describe it as the embodiment of many an overworked young chef’s fantasy: a kitchen serving the kind of food they dream up after late night eats at Kingsland Road and Green Lanes Ocakbasi’s, regional Chinese restaurants like Silk Road in Camberwell, and Punjabi and Pakistani places like Tayabs and Lahore Kebab House, but only get a chance to turn their hand to when making pre and post service staff food. Hence a doner kebab sprinkled with Sichuan pepper and cumin dust. Also, a gem lettuce leaf filled with braised then crisped pork jowl, scallops, shredded pig’s ear and a chilli and dried shrimp fuelled XO sauce (make sure your order this if it’s on).

The guy who’s had the gumption to give this a go is Lee Tiernan – former head chef at St John Bread and Wine – in partnership with his wife, Kate. He first trialled B.A.M. as a pop-up in a pub in Copenhagen, where people waited for an hour or more to pick up one of two kebabs. The London evolution has happened after some serious bread making practice, and is definitely more than a takeaway option. Smoked cod’s roe butter melted over grilled corn and Welsh rarebit flatbread nod towards Lee’s past at Bread and Wine, and I reckon the best way to eat there is to go in twos, threes, max fours, and work your way to the doner via bites such as the sweetcorn or jowl (or whatever’s on – the menu will constantly change), and a flat bread or two (the lamb offal one is superb, the rarebit a great touch). It’s casual and different to most restaurants, but make it a 45 minute/hour long meal.*

Logistics look a little tricky. Black Axe Mangal occupies a small site, is bound to be popular and feels a little cramped when busy. Cocktails by Mr Lyan will keep people very interested whilst waiting, but they’ll probably need to work on a ‘go to the pub next door or round the corner and we’ll give you a call when your table’s ready’ system. Easy enough, but easier still when we customers go in the knowledge that a pre-kebab pint might be in order.

Is it for everyone? Well I’m not sure I’d take my mother-in-law and I should note my enthusiasm is helped by the fact its close to home. But if you’ve enjoyed any of the restaurants name-checked above, or throw soy, fish and/or sriracha sauce into half of your home cooking, then make the journey. Obviously if your instinctive answer to “chilli garlic boss?” is “both”, then it’s a no brainer.

*There’s every chance the ‘kebab’ topping will change and evolve. Some weeks I expect you’ll find the Mission spice lamb tongue in a lettuce leaf, and the jowl on a bab. Go with it – always having one or two little things and finishing with a kebab.

One thought on “Black Axe Mangal”