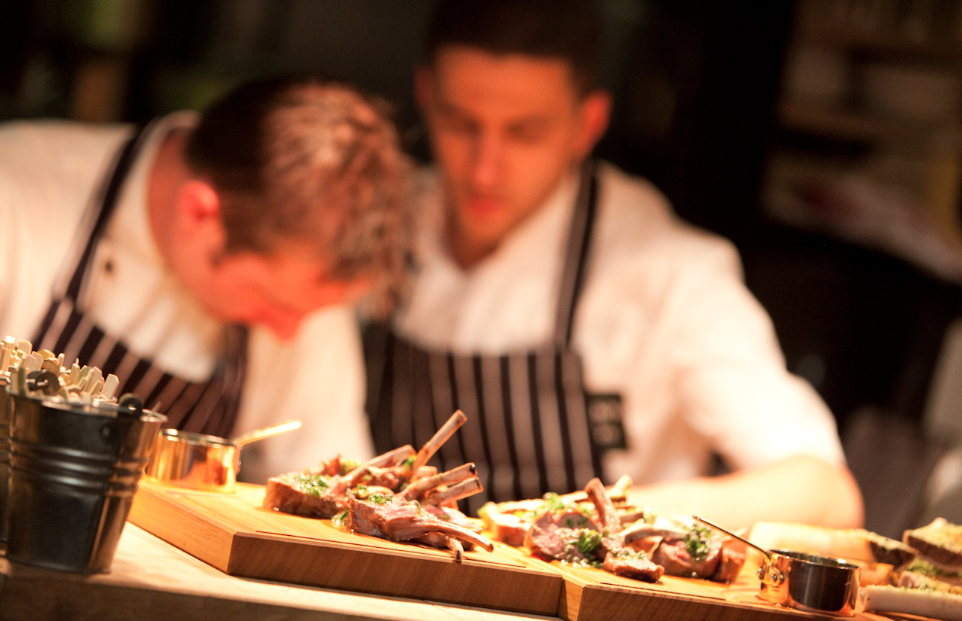 [Editor’s note May 2012: Bistro du Vins in London have now closed. The two sites that did open, on St John Street and Dean Street, will become Burger and Lobster restaurants.]

There was a point in 2000 that Coldplay stopped being cool (if ever they were). Specifically, that was about 2 minutes and 44 seconds through the 3rd BBC repeat of the Glastonbury coverage showing the crowd singing ‘and it was all Yellowwwe’ back to Chris Martin.  For at that moment it was clear that Coldplay would be mahusive. And if a band is mahusive or, frankly, just big or popular, then those persons that tell us what is cool and what is not, will determine that that band is not.

The same is broadly true of restaurants. Well, loosely (bear with me here).

Because I think it’s true to say that if a restaurant becomes big, super popular, over exposed or (crucially) too accessible, it loses the ‘cool’ it once had.

Stretching the analogy even further,  where a restaurant is big from the start (i.e. a chain) it is almost certainly never cool at all. Chain restaurants are, by definition, contrived, standardised and, ultimately, accessible to all. Chain restaurants are functional rather than interesting or attractive, formulaic rather than innovative. This is not a good starting point; I much prefer eating in places that are individual, characterful or simply misguided labours of love.

But I recognise that there is a place for brands and for chain restaurants. For all my snobbishness, I buy Coldplay albums too.

So I was interested to hear about Bistro du Vin, a new chain from the Malmaison group that will rapidly be filling the high streets of Chiswick, Clapham, Cheltenham and, er, Chelmsford [I have no idea whether these are intended destinations, they just sound about right]. Specifically I was interested to hear about London’s first (and flagship) Bistro du Vin, which is situated in Clerkenwell on the site of the old Eastside Inn.

All the faults of a [soon to be] chain restaurant aside, I was actually very pleasantly surprised with what was on offer. Placing itself somewhere just above Cote and Café Rouge, and so I guess in competition with the Loch Fines and Browns of this world (but on the evidence of Clerkenwell, better), Bistro du Vin sells decent food and good wine in very comfortable surroundings and with smart service.

The menu in the Clerkenwell restaurant can broadly be divided into two: the division being between very reasonably priced bistro fare, and (generally) more expensive items cooked on a Josper grill.

I was quite impressed with the bistro choices. Sole Véronique (rolled sole, in the style of a Madam called Veronica), calves liver with persillade, lamb rump, black bream with pureed fennel. Not completely run of the mill stuff. And I especially like the idea of having a ‘dish of the day’ option: for example Tuesday gets you bouillabaisse, Saturday osso bucco and risotto Milanese. These all sound like good dishes to me and from the looks of what comes out of the kitchen, I have no reason to doubt that they’ll taste ok too.

That said, the night I was there, most of us went for the Jospered items anyway.

I’ll get to those in a second, but before we had mains, there were starters. I had little choice but to go for asparagus in a sauce ravigote (a good, acidic, but not overpowering shallot and caper vinaigrette) having got on my evangelical bigoted high horse about English asparagus earlier that day. It was a good selection. A few others ordered cheese soufflé and were not disappointed. Take a look at the pictures (and reviews) of Gourmet Chick and foodforthink – clearly a guilty pleasure. But I have to say the pick of our first courses was the generous round of Cornish crab meat and sourdough. I would have had slight food envy, were it not for the general sharing culture at the table (though I must apologise for being pretty bad at this).

Anyway, back to that Josper. I’ve mentioned ‘Josper’ 3 times and you’re probably thinking ‘WTF?’. Fair enough. I mean to write properly about Jospers soon when I put up a belated post on a recent trip to Goodman, so for now I suggest you check out this link if you’re confused. In short, these expensive ovens are highly desirable charcoal oven/grills. The theory is that Josper + meat = tasty steak. Happily, I can confirm that all the steak eaters were very content at Bistro du Vin.  Both the Josper and the Belton Galloway and Donald Russell sourced meat more than adequately performing their respective parts of that fire + bovine equation.

I didn’t have a steak and instead went for ‘hot roasted shells’. This was a generous and super tasty selection of lobster, mussels, langoustines and scallops. Basically Jospered fruit de mer. A roasted Sicilian lemon added to the already scrumptious and finger licking juices of the shellfish. Order and eat it, as I did, with a tasty green salad swirled in the shellfishy lemony caramelly liquid and you’ll walk out smiling, I promise. [There’s an issue with the way this dish is served (on a high platter just above eye level) but they know that and are thinking of solutions (er…just make the stand 2 inches lower, no?).]

You should also leave smiling if you take advantage of the excellent selection of cheeses on the restaurant’s cheese trolley. There were some well kept and interesting choices from La Cave a Fromage and an enthusiastic Suisse stagiaire serving them. Really was as good as what’s on offer at many more pricey restaurants.

In addition to cheese, there were some decent desserts around the table – with some greedy profiteroles catching the most green eyes.  Nothing amaaazing though. I’d been tempted by the ice cream with Pedro Ximénez sherry – I don’t think I felt like a full dessert.  It was fine, but if Bistro du Vin are looking for constructive suggestions other than about the height of sea food platters, I’d suggest knocking £2 off the price (and take away 1 of the balls if you have too) to make this a more relevant offering.

All in all, I was pleasantly surprised by how much I enjoyed Bistro du Vin. They’re trying hard to make this work and I think that (at Clerkenwell) it does. It’s a good option for a casual or working lunch and equally good for fun, and well priced evening dining too.  They’ve a separate bar (try the marmalade martinis – very good) and a good concept of a ‘wine by the glass’ machine, and of course the Josper is a selling point. If they can introduce some individuality to each of the restaurants they plan to open, whilst maintaining standards set at Clerkenwell, then they’ll be ahead of their competitors in my eyes.

I stand by my view that chains aren’t attractive and indeed that the bigger they become, the less appealing they are. But just because something’s not ‘cool’ doesn’t mean it can’t be a success. Hasn’t exactly harmed Chris Martin’s bank balance, has it?

I was a guest of Bistro du Vin. Were I not, I would’ve paid quite a lot because I drank and ate more than necessary for a Monday night.  But, ordinarily, starters are around £7, bistro type meals £12-£15, steaks and hot shells closer to the £30 mark, desserts about £6.50.  Interesting wine list caters for all. 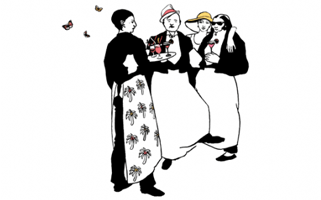