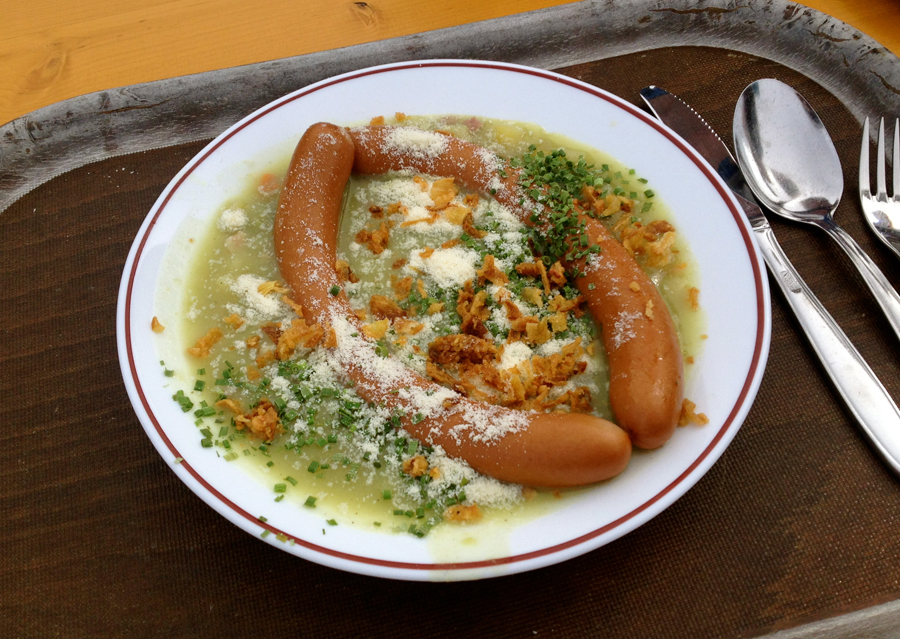 Weird how a week of relatively strenuous exercise can leave you wanting (and needing) to detox.

That said, I suppose it’s not so weird when you remember that even skiing hard from first to last lift every day nets poorly against a similarly daily intake of cooked breakfasts, cakes, hot chocolates, evening feasts and too many weissbiers and Jägers.

My mind was drawn today, then, to soup.

But what should probably have been a light lunch of miso soup, or perhaps a chicken or Scotch broth, ended up being vaguely influenced by a number of the heavier dishes I ate last week in the mountains.

I stopped short of trying to recreate vegetable suppe mit super wurstel pictured above, which was at once amusing, bizarre, filling, warming and tasty, but not really on the detox theme. Instead, my kind-of liquid lunch ended up incorporating the egg noodle/pasta-type spaetzle, which often appear as an accompaniment to hearty Austrian stews; and as a meal on their own when mixed with butter, bacon and cheese and then gratinated.

The inclusion of these short soft slivers was partly because I wanted to ensure I remained interested in an otherwise velvety smooth soup (is it just me or does smooth soup get boring after a few spoons, regardless of how good it tastes?), but mostly because I was avoiding my ‘to do’ list.

My procrastination research found no particularly useful or confidence inspiring spaetzle recipe on the internet: though the basic components are almost always the same (flour, eggs, a cold liquid), the ratios of those ingredients vary fairly wildly. However, my eventual guestimation seemed to work well, as my end product was light, soft and not too eggy. The method of creating multiple stubby noodles also varied across the various websites I found. But after a bit of trial and error, I decided that squeezing the dough/batter through a potato ricer infinitely better than forcing through a colander or manually scraping or shaping each noodle.

I flavoured the spaetzle dough with fresh dill and horseradish as I knew both of these flavours would go well with the beetroot that dominated the soup. And they did, and it was all good.

Incidentally, I made a ‘Vine’ video of the soup as it was put together. Vine (owned by Twitter) say they provide “a mobile service that lets you capture and share short looping videos” of up to 6 seconds. I’m fairly certain, though, that it is actually some sort of evil hypnotic instrument that will ultimately be used to take over the world. If you don’t believe me, look into my spaetzle with the sound on and for more than one loop …

First make the spaetzle dough. Tip the flour into a large mixing bowl and make a well in the centre. Add a good pinch of salt. Crack the eggs into the well and gradually incorporate into the flour using a wooden spoon. The mixture should come together as a ball. Beat this well for a minute so that it starts to loosen and become smooth. Add the milk a bit at a time (in three stages), beating the liquid into the dough. Once all the milk is incorporated, add the horseradish and the dill and beat well, for another minute. This should leave you with a loose mix – somewhere between a batter and a dough. Cover with clingfilm and put in the fridge for at least 1 hour and up to 24.

To make the soup, sweat the leeks and celery for around 5 minutes in a saucepan over a medium heat with a little oil. Once they’ve softened and become sweet, add the beetroot and the carrots, stir well and cook for a few more minutes in the oil. Add the potato, the thyme and bayleaf and pour in water to just cover the vegetables by a centimetre or two. You will use around 600-700ml. Put a lid on the pan and let this simmer away for 45 minutes-1 hour. When all the vegetables are soft, use a machine or stick blender to puree the soup to a velvety consistency. Add the remainder of the water to thin this into a soup. Season with a good few pinches of salt and pepper. The cider vinegar really helps to lift the flavours further. The soup can be kept warm or reheated when you need it.

To cook the spaetzle, put a large saucepan of salty water on to a rapid boil. Squeeze the dough in short bursts through a potato ricer into the boiling water. The spaetzle are cooked when they float to the surface. Scoop these out with a slotted rice spoon or ‘spider’ and drop into a bowl of cold water. Continue until you have used all the batter. You can either use the spaetzle plain like this, or toss in foaming butter (the 10g in the recipe) and more chopped dill.

To plate up, place a good couple of spoonfuls of spaetzle in the bottom of your soup bowls. Ladle the soup on top, then garnish with remaining spaetzle, along with some celery tops and dill. Watch that Vine video again if you’d like a badly lit and wobbly handed example. 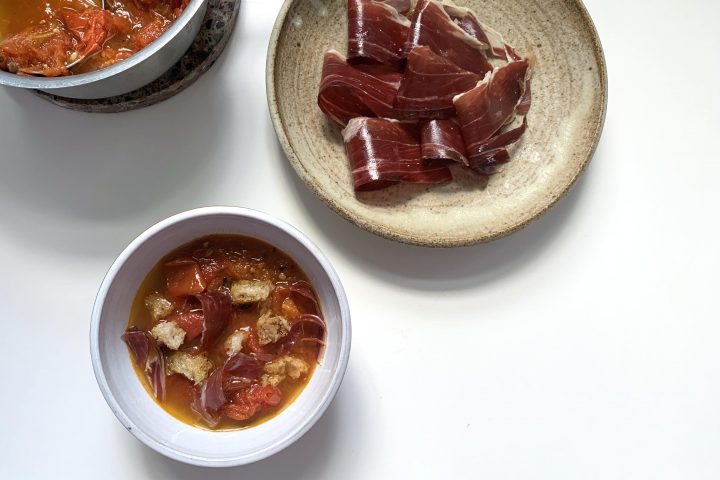 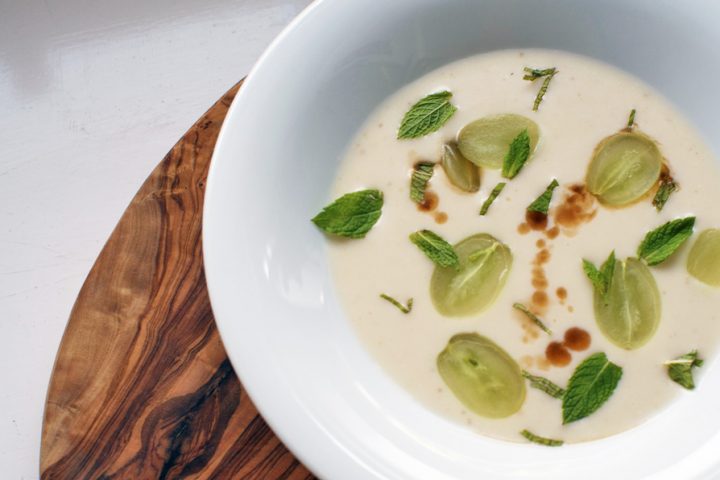 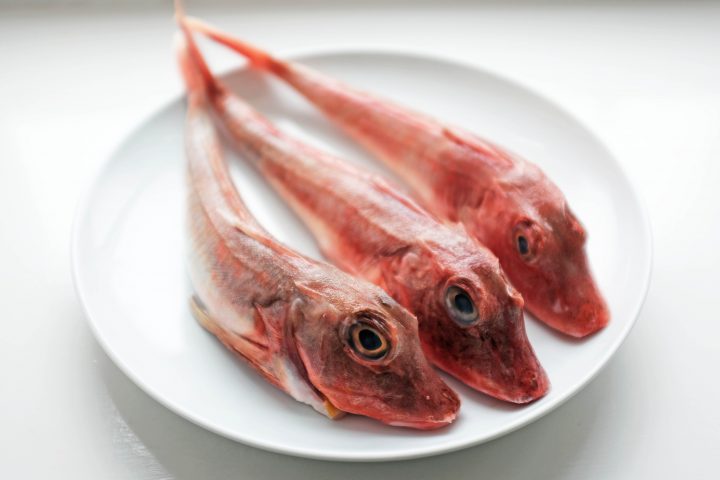 6 thoughts on “Beetroot soup with horseradish and dill spaetzle”