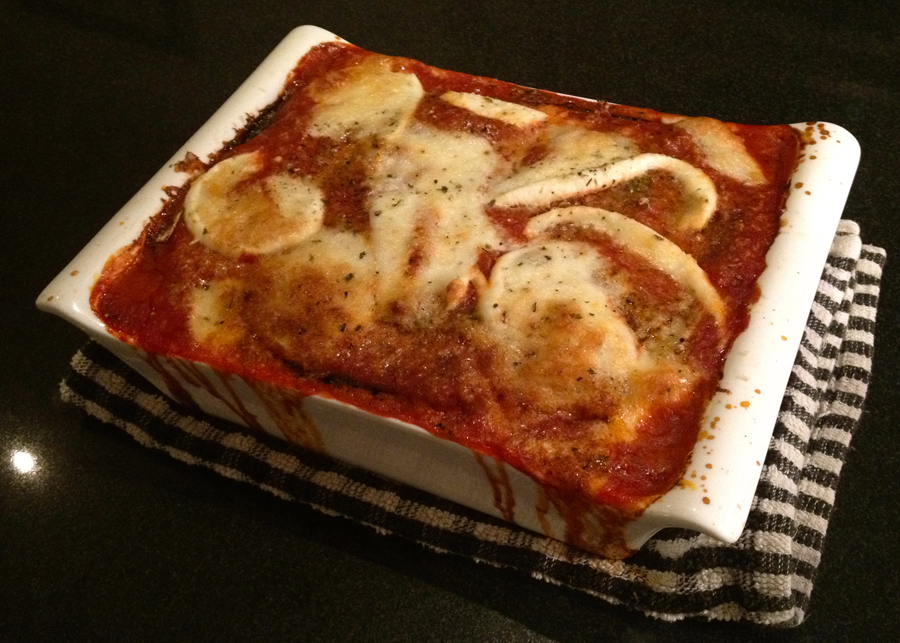 Two things Mum used to tell me all the time when I was younger:

2. you’re a messy cook and you don’t think enough about the person washing up.

I still have no idea what she was on about, but this aubergine and mozzarella bake I made a few weeks ago was a cracking and very comforting dish.

It was close to what I would call a Parmigiana, though I imagine was also inauthentic enough to warrant a horses head, so I won’t dare to label it as such. What was particularly good, though, was that I was able to use some stellar and totally authentic Italian produce when I made it.

We Are the Sauce, a new company that imports artisan produce to London, kindly passed on some killer goods following a recent trip to Campania in Southern Italy. Which meant that I could top my fried aubergine slices with dices of Salsiccia Cilentana (paprika and wild fennel cured sausage) and pretty much the best buffalo mozzarella I’ve ever had, then spooning and sprinkling San Marzano chopped tomatoes, garlic, dried oregano, salt and pepper over the top and starting the layers again. The beautiful mess was finished with more of everything and loads of good Parmesan, and baked for around 45 minutes.

Aubergine, tomatoes, oregano, garlic. You can’t really go wrong. But add some seriously good cheese and quality spiced sausage and you’re definitely winning. A nice peppery rocket salad on the side, some toasted sourdough and a bottle of Chianti … I’d say something witty in Italian, but Google Translate isn’t providing the witty element yet.

Life is too short to eat shit mozzarella. I knew this already, but the position was reconfirmed whilst using this particular ball of cheese. It’s worth having a look at We Are the Sauce’s produce boxes, if only so you can confirm that fact for yourself (the two cured sausages and ricotta I tried were also outstanding).

Use the best ingredients you can – that’s generally the rule for Italian cooking.

Cut the aubergines length ways into 1cm thick slices. Liberally glug olive oil into a large, thick bottomed frying pan, and turn the heat up to medium-high. Fry the aubergine slices fairly aggressively. They should soak up the oil and really start to brown (not burn), creating flavour and softening the slices as that happens. Don’t try to do more than your pan can handle.

When aubergines cover the base, season with salt and pepper, sprinkle garlic, a 3/4 teaspoon of dried oregano and a third of the sausage over them, then add a third of the mozzarella. Cover with tomatoes, then start again, layering the aubergine, garlic, seasoning, sausage and mozzarella until you’ve three layers of tomato covered aubergine goodness. Finish with the last third of mozzarella, ensure the dish is topped up with tomatoes, but leaving at least a cm clear from the rim of the dish (to account for overspill).

Put the dish on a baking tray (again, spillage) in the middle of the oven and bake for fifteen minutes. After fifteen minutes, sprinkle the parmesan over the top and return to the oven for 30 minutes more, or until the aubergine is super soft and the cheesy topping is brown and crisp. 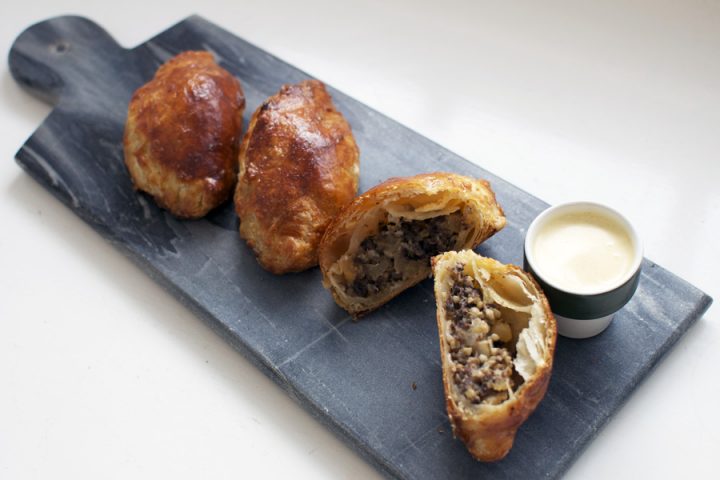 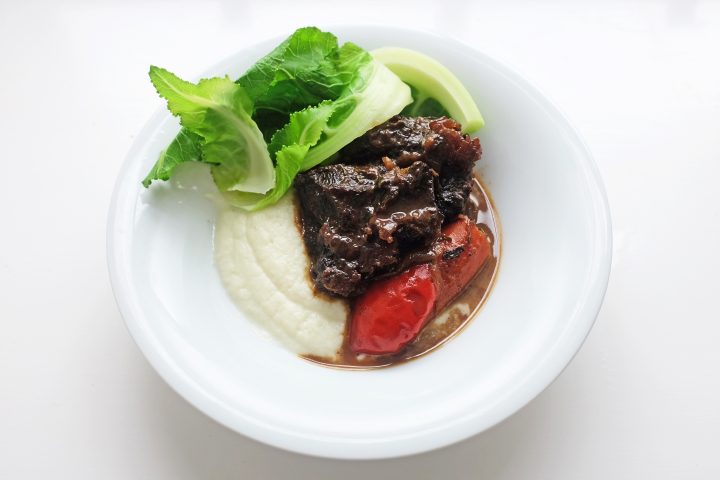 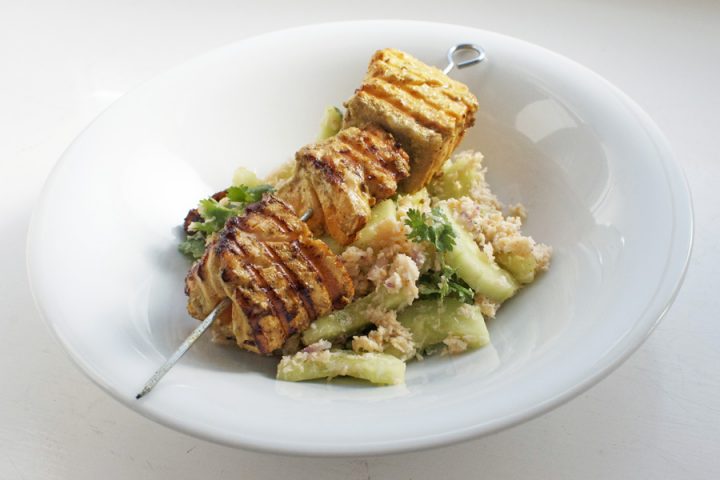