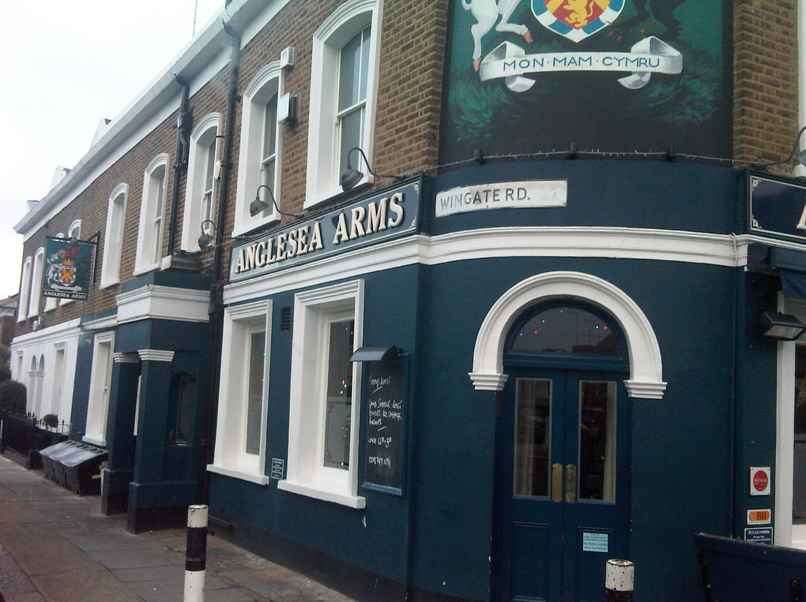 There is almost nothing worse on a Sunday than going to a pub or restaurant and paying for a traditional roast. 8.5 times out of 10, the meat is overcooked, the veg is shoddy and the roast potatoes are poor. 10 times out of 10, you would have done much better yourself.

This presents a problem – I like eating out on a Sunday, particularly in winter. In fact, there is pretty much nothing better on a Sunday than basing yourself in a restaurant or pub with a bunch of friends, eating good food, getting slowly sozzled and eventually stumbling home in the dark to iron a few shirts and then head to bed, safe in the knowledge that it’s still only 8:30pm.

The answer, I think, is to head to restaurants and pubs that offer proper food, not sub-standard and over-priced roasts. Lots of top restaurants do excellent fixed price menus for little more than you end up paying for a couple of average courses in a crappy pub. The Ledbury, Kitchen W8 and Launceston Place are just a few examples. That said, I prefer something a bit more casual for this sort of occasion and try to head to places that can justifiably call themselves Gastro Pubs. The Bull and Last, the Eagle, the Canton Arms and the Anchor and Hope are some of the best (in London). Over the last couple of weekends I’ve eaten at a couple more that are worth a mention in dispatches.

I went to the Anglesea Arms with a bunch of army guys. Much of the conversation was peppered with military acronyms, which often bore no relation to the normal rules of English. Most of it was utterly incomprehensible. All of it was fun.

The pub is in Ravenscourt Park, a cute part of West London tucked behind Hammersmith, which, conversely, is anything but cute. On the evidence of the other people in the AA (Anglesea Arms, obv.), everyone that lives in the area is about 35 to 40 and has a couple of KIDs (young children). Had proper intelligence been undertaken before our rendezvous, we would have hired a KID or two for the afternoon so that we didn’t stick out quite so much. But it hadn’t, so we didn’t. Worrying, given that the boys’ regiment’s specialism is ISTAR (Intelligence, Surveillance, Target Acquisition, and Reconnaissance).

There was a limited choice of main courses (just 4 – whereas there were 11 starters), but I actually quite liked that … and that only one of the dishes came with roast potatoes … and that none of them were bog standard roasts. So the AA does well on my ACSR (anti crap Sunday roast) scoring system.

The army boys all chose meat (obviously). Lamb saddle had a spinach stuffing and was served with red cabbage and parsnips (and those roast potatoes). The lamb looked nicely cooked and the dish was well presented and ultimately licked clean. A decent chunk of slow braised pork belly was placed on chorizo, chick peas and cavalo nero. Good accompaniments, but the consensus was that the crackling didn’t crackle nearly enough and I thought if they’d slow braised it long and slowly enough, much more of the fat would have rendered away. I ate a very good hunk of halibut, the outside of which was slightly crispy and browned (in a good way – I think it must have been fried and basted in foaming butter) and the inside was delicate, moist and flaked beautifully. Spot on. It was served with very tasty puy lentils and knobs of jerusalem artichokes.

We had a couple of the desserts too, but these weren’t particularly strong. My bread and butter pudding wasn’t great; I felt that too much of the bread hadn’t soaked up any egg custard before and during cooking (effectively it was a little too similar to warm bread with custard poured on top…). The others had moist dark chocolate cake. It wasn’t clear why all the portions were served upside down. They weren’t particularly moist either. Fine otherwise.

I’m slightly surprised the Sunday Times listed the AA in their top 10 gastro pubs of 2010. But I would go back – their mains were enjoyable and the quality of my halibut suggests to me the kitchen knows what it’s doing. I’m happy to suggest you try the AA too if you’re looking for a GPDK (good pub with a decent kitchen) in West London (also try the Cumberland Arms in Olympia/West Ken). The food at the AA is pretty good (if a bit on the pricey side) and, most importantly, you won’t be eating bog standard roasts. There’s also an excellent selection of ales and wines for boozing and the tables in the pub part are perfect for a session. Take a KID or two.

The Anglesea Arms in 3 words

At the high end of Gastro Pub prices (arguably overpriced) – starters average about £8.50; mains £16.50; desserts £5.50. The wine list is very reasonable and ales are standard.

The Sunday before Christmas was spent at the Ship Inn in Wandsworth. If there was a Sunday Times top 10 list of gastro pubs that’ve nailed their social media marketing, this would, justifiably, be on it. They’ve got Twitter sorted and even one of their chefs writes a blog.

I was there for a Christmas lunch with a bunch of other bloggers. And we were spoilt rotten. I’ll do a proper review of the place another time, but I was genuinely impressed with the food that we were served – ham hock and black pudding terrine, treacle cured salmon, and fantastic venison served on jerusalem artichoke puree were among the stand-out dishes. A Porter, a fiery Bloody Mary and a couple of different bottles of muscat were my favourite of the selection of great drinks we were plied with. The place was absolutely packed and I saw a lot of good stuff going out of the kitchen. Proper food, not lazy roasts. The food is very reasonably priced for the quality and portion size. If you stick around for the evening, the atmosphere ramps up a notch or two; you’ll be in no fit state to iron, and you definitely won’t have a clear head on Monday morning.

This trumps the Anglesea Arms, but is maybe not as refined as, say, the Bull and Last (like I say though, I’m going back and will take a proper view then).

The Ship, Wandsworth in 3 words