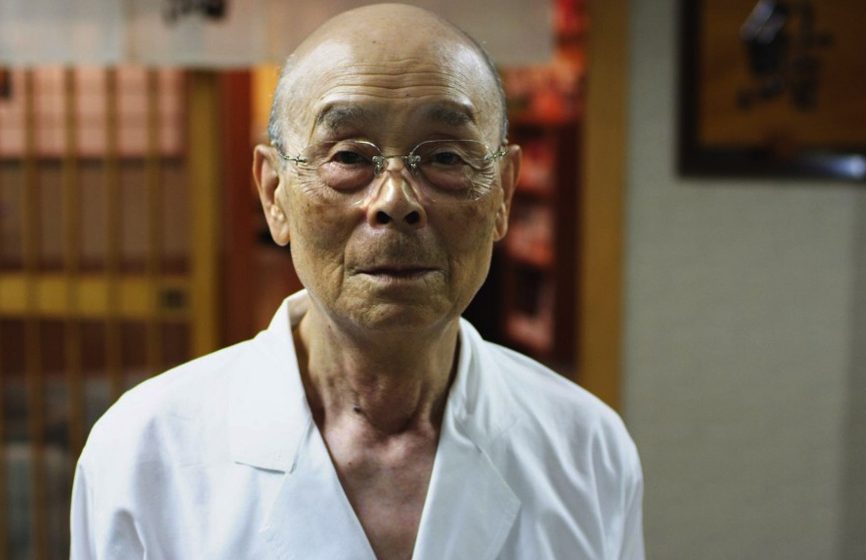 I want to point you in the direction of the excellent documentary Jiro Dreams of Sushi, which was finally released in the UK on Friday. It’s taken a while for this film to come to us for a proper run, and it seems it will only be shown in a few places, so you’ll have to hurry if you want to enjoy Jiro on a largish screen (as I think you should). The ICA and Hackney Picture House seem to have it on daily, but just for the next week, and there are a few other places listed as showing it here.

By way of background, Jiro Ono is an 85 year old sushi chef. His seemingly unassuming ten seater restaurant, Sukiyabashi Jiro, is found in the basement of an office building in the Ginza district of Tokyo. It holds 3 Michelin stars, has a waiting list of up to eight months and reportedly serves the most exquisite sushi in the world.

In part, the film seeks to show that sushi making is an art form. It does a pretty good job: Jiro’s lunch or dinner service is a performance akin to a perfect piano concerto or a timeless ballet. Whilst raw fish is of course beautiful, the film shows how something so apparently simple can, in the master’s hands, be spectacular; both in terms of aesthetic and taste. The smoothness and precision of Jiro’s movements as he makes sushi for his guests and places them on their platters are a delight to watch. The sheer enjoyment of one of the diners as she eats an uni (sea urchin) gunkan-maki was also one of my highlights of the documentary.

The set menu at Sukiyabashi Jiro starts at over £200 (depending on the daily catch) and may last only around twenty minutes. But the film is the ultimate advocate of the position that good sushi, like skiing, is somehow beyond economic rationale.

However, a film purely about the making and eating of a specific food would be dull. Anyone who’s watched Ratatouille will tell you that you need a life affirming human (or rat) story in there too. Fortunately, Jiro Dreams of Sushi delivers on the non-foodie front. Indeed, in many ways it provides a much more interesting commentary on Japanese work culture, family hierarchies, and the pursuit of perfection, than it does on sushi. I don’t actually think we ever really get to know much about Jiro, and I’m not convinced his family values are all in the right place, but his dedication to work, to his restaurant and the perfection of his craft are extraordinary. His elder son, Yoshikazu, is both impressive and endearing, and cameos by his apprentices and suppliers are entertaining. There’s also a small nod to the sustainability of tuna and other fish, though of course it’s not the fault of top sushi restaurants.

This is basically a seriously captivating, thought provoking and enjoyable film that you really should make time to watch over the next few days.

After Jiro we went to Yoshino, a fairly well established little place tucked away in a side street off Piccadilly. Downstairs appeared cute and atmospheric, though we were seated in the perfectly comfortable if slightly sterile section upstairs.

The quality of fish that I had was pretty good, but then it should have been for the price (from £4 for two pieces of squid nigiri, £7 for two pieces of salmon nigiri to up to £10 for two pieces of otoro (fatty tuna)). Well marbled otoro was certainly the highlight and a rare treat (‘treat’ being the operative word at those prices). A sashimi platter looked decent, but the fish was far too cold to enjoy the flavour. Nasu Dengaku (miso glazed aubergine) was excellent, tempura langoustines were large and sweet, though maybe not contained in the lightest or crispest batter. Deep fried oysters were topped with a bizarre ketchup and mustard combination that I wouldn’t bother with again, and I’m not sure what Jiro would have made of the over reliance on savoy cabbage as a decoration.

I probably didn’t eat enough sushi to pass a particularly authoritative judgment on the place (and anywhere would suffer in comparison to the food we had just seen on the big screen) but, even so, I think in the same price bracket I’d rather return to the likes of Dinings and Yashin and try out the revamped Shiori before heading back to Yoshino. Of course it goes without saying that if a flight to Tokyo and twenty minutes with Jiro is out of the question, then my coppers are being saved for a visit to Sushi Tetsu before all of those places anyway.

£30-60 per head. Not ‘basement prices’ as suggested on some review sites.

Fourteen or so hours after that meal (so sixteen after Jiro), with my sushi pangs not close to sated, I stopped for lunch at Yoshino’s takeaway outpost on Shaftesbury Avenue. I was encouraged by the prices (you can get out with a decent feed for £6-£8 – so the average price of two pieces of nigiri in the restaurant) as well as the apparent generosity of fish in things like maki rolls, particularly in comparison to the equivalent items at places at the takeaway sushi chains. However, the fish was tasteless, the rice gunky and also devoid of flavour. A quick stop by Wasabi for a comparison left me similarly depressed. It flattered to deceive with its myriad of options; the four different pieces I tried ranged from uninspiring to disappointing and reminded me why I hadn’t bought food from Wasabi for quite some time. This kind of ‘sushi’ is sustenance only. A few more pounds and fifteen more minutes at Kulu Kulu or Ten Ten Tei on nearby Brewer Street would have been much better spent.

Yoshino Delicatessen and Wasabi in 3 words 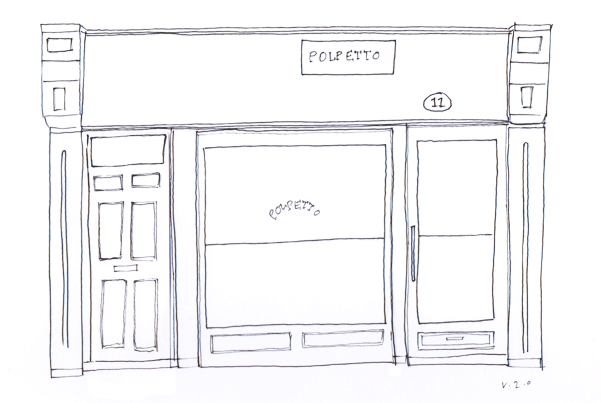 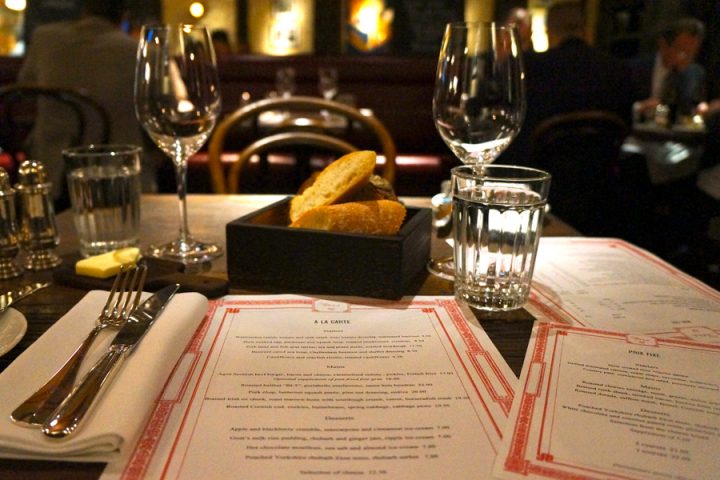 4 thoughts on “After Jiro (Yoshino)”